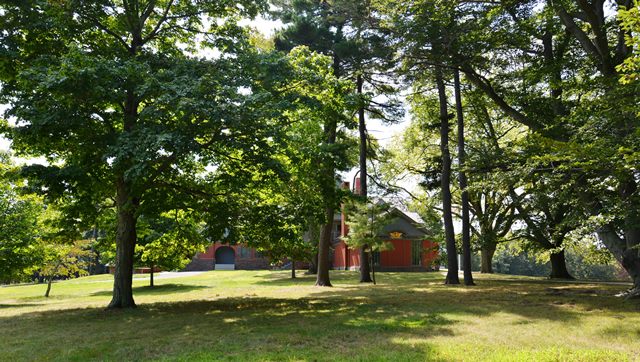 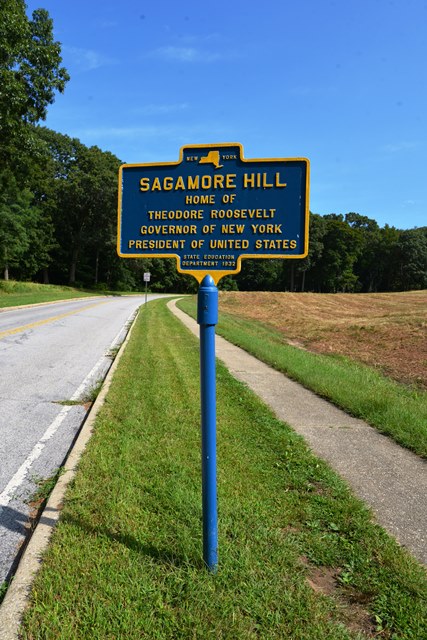 “Death had to take Roosevelt sleeping, for if he had been awake, there would have been a fight.”

Sagamore Hill was President Theodore Roosevelt’s home for 33 years; it was a home he shared with his second wife, Edith, after having been widowed by Alice; together Edith and the President raised his six children, in this house.

Perhaps, Theodore Roosevelt is today remembered mostly for having served as the 26th President, of the United States; but this man of many talents and interest was a Nobel Peace Prize winner, for helping to end the Russo-Japanese War, by brokering the Treaty of Portsmouth, he was the New York City Police Commissioner, Assistant Secretary of the Navy, as well as serving in the New York Assembly, Governor of New York, the Vice President under William McKinley, the man behind the United States construction of the Panama Canal, and yes, that whole Rough Riders thing.  He created the Press Room, at the White House, as well as inviting Booker T. Washington, to dine with him, at the White House, he spent several years as a cowboy, while grieving the loss of his first wife and mother, went to Africa to acquire specimens for the Smithsonian and the American Museum of Natural History, explored the Amazon, survived being shot, wrote and studied history, and was one of the two most well-read Presidents, we have ever had – the other being President Thomas Jefferson.

This was a wonderful stop that took me a very long time to make and, which I could not more highly recommend. The tours are guided, and our docent was terrific and very informative.

A part of the National Parks, the grounds are lovely, and a fine place to enjoy a picnic lunch.

Photography is not permitted, inside the house, so I purchased: Take a Look Inside Theodore Roosevelt’s Sagamore Hill, in order to be able to share the interior with you; however, below you will find a link to its website, which also offers you a virtual tour. 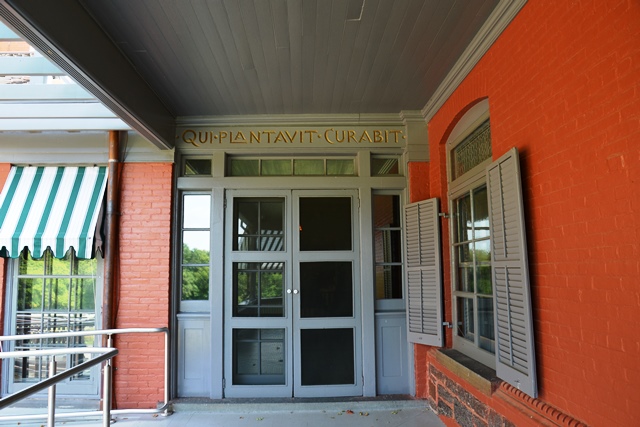 “Qui plantavit curabit”, the family motto is carved into the entrance of Sagamore Hill.  It means he who has planted will survive. 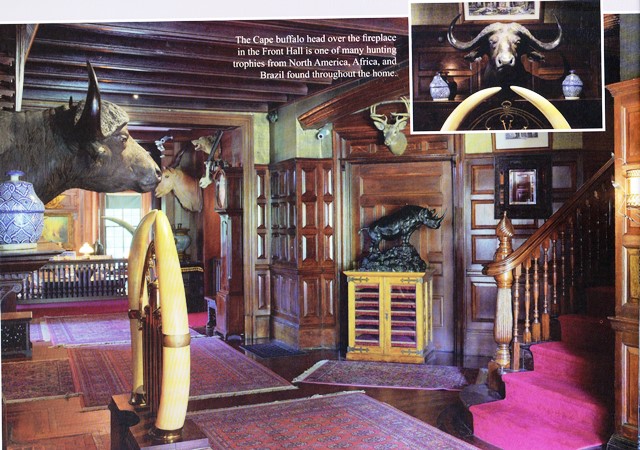 The Front Hall – yes, the President was a hunter and avid outdoors man who established the United States Forest Service and five National Parks 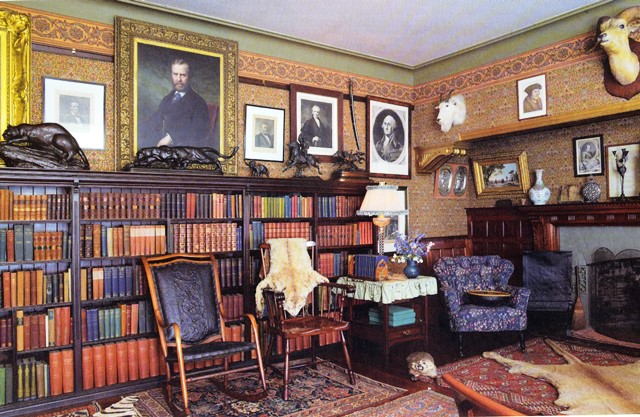 The Library – “the heart of the home” according to daughter Ethel, where parents and children gathered to read, sing, talk, write, and later the heart of the summer White House 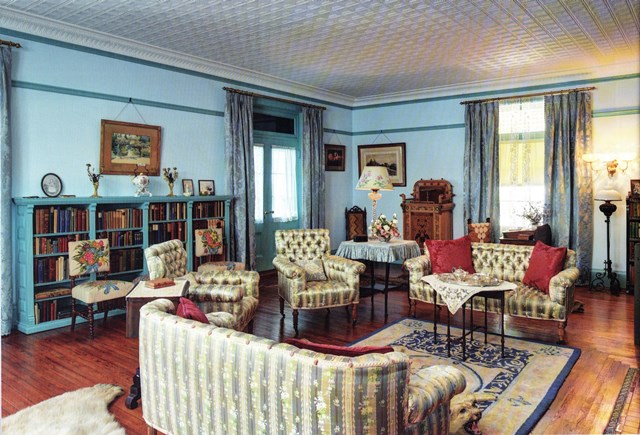 The Drawing Room – mainly Edith’s domain, who managed the household monies – the polar bear rug, barely visible to left, was a gift from Admiral Peary 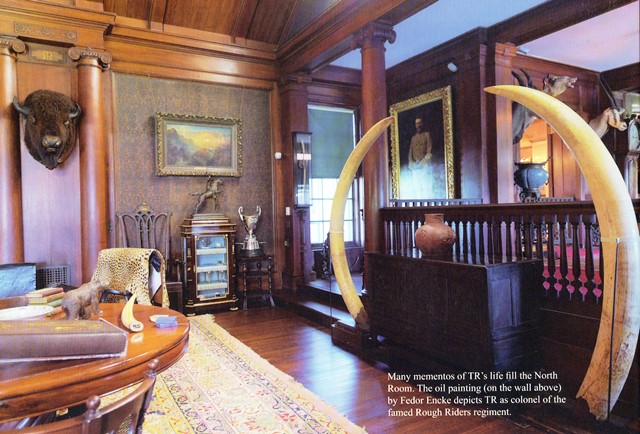 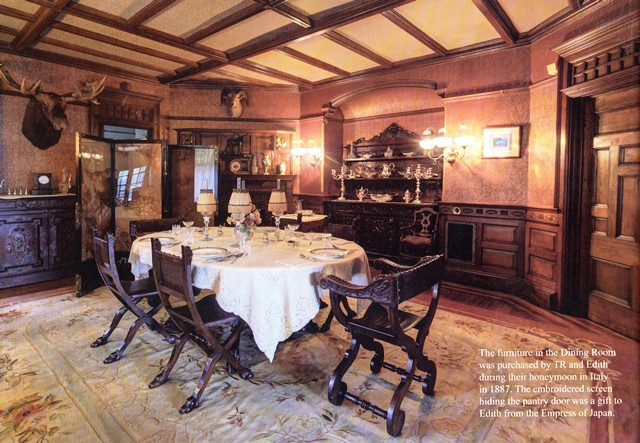 The Dining Room – the family dressed for dinner, children were included when entertaining, and were expected to take part in the conversations 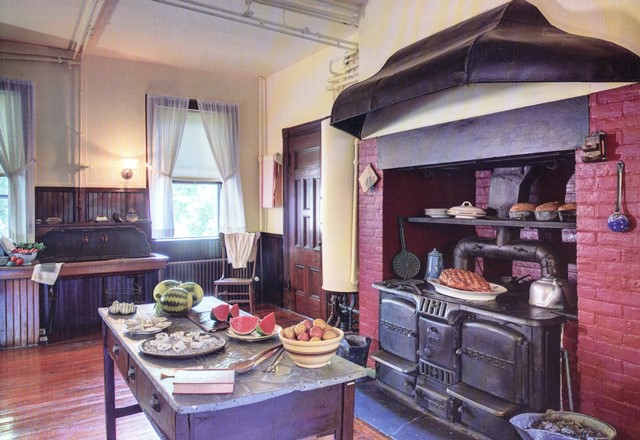 The Kitchen – Edith oversaw her kitchen, much of what the family ate was raised on the property 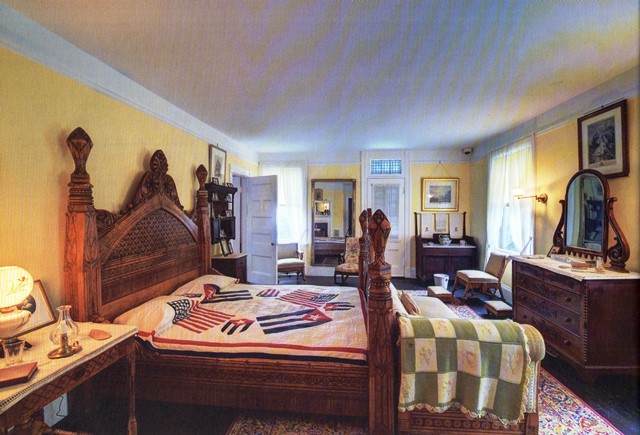 The Mother’s Room (check out that quilt, as I recall it is not original, but nevertheless . . . ) both the President and his wife shared this bedroom 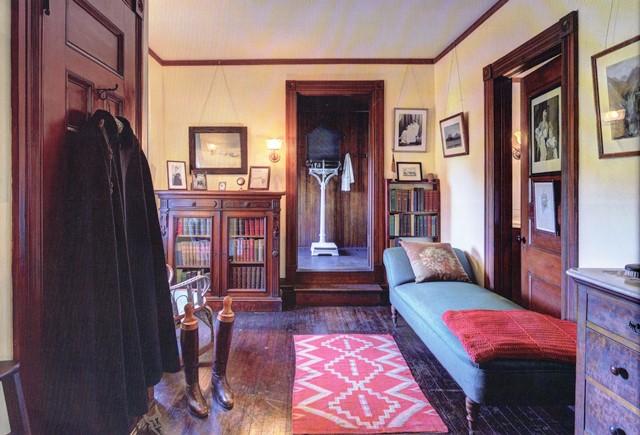 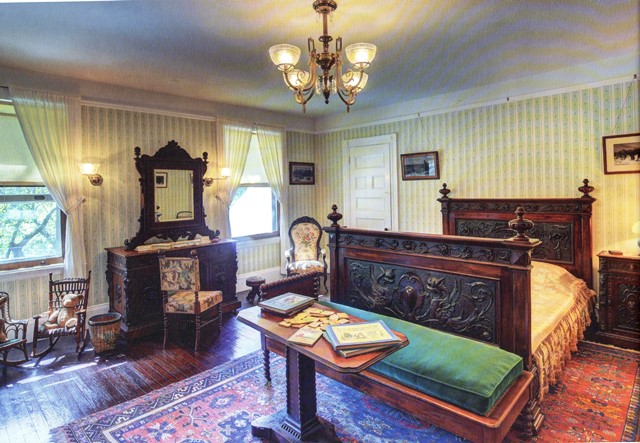 The South Bedroom – served many purposes, including a guest room, until the President died, when his wife then moved into this room, where she passed away in 1948 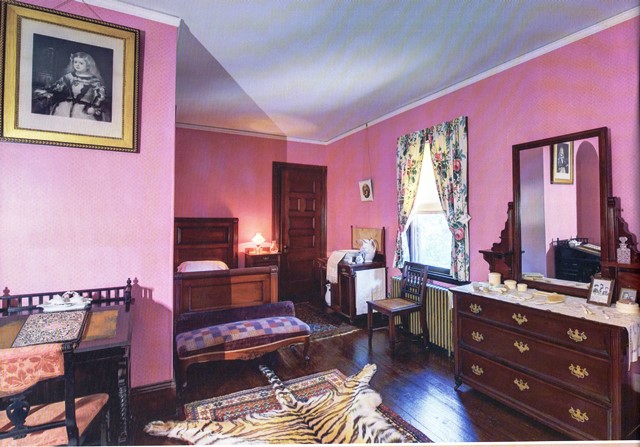 Alice’s Room – Alice, the President’s only child from his first marriage, always had her own room, and it was furnished with things that had once belonged to her mother, Alice 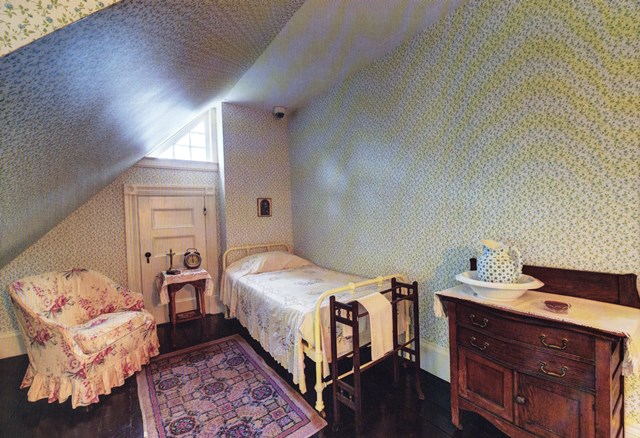 The Cook’s Room – throughout the years the staff varied, occupying rooms on the third floor, and a small farm cottage 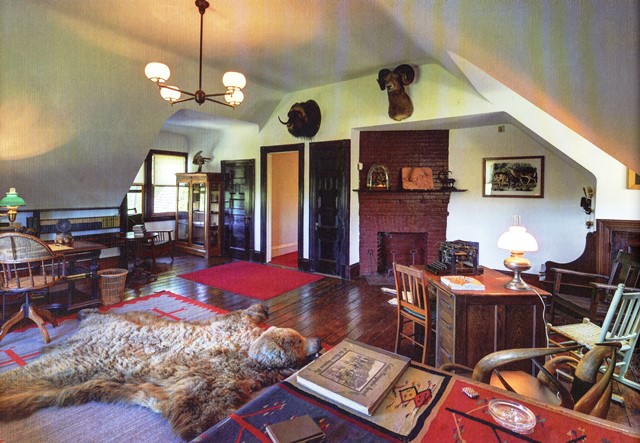 The Gun Room – like so much of the house, this room served multiple purposes throughout the years the family lived here 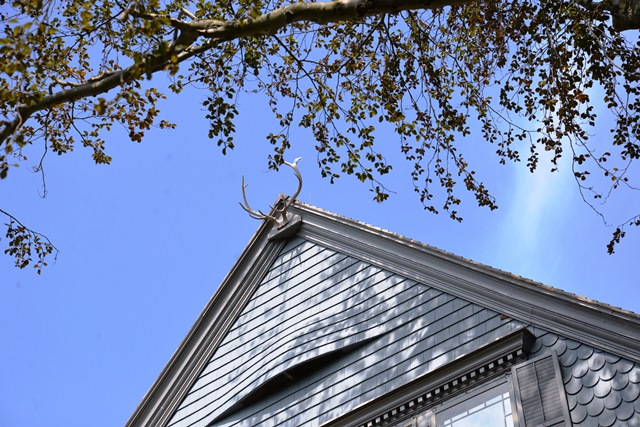 I have to admit I want to steal this idea 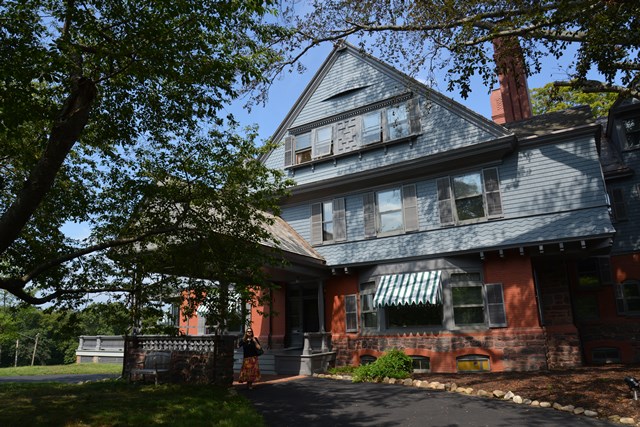 Okay, I cannot resist, the exterior of Sagamore Hill and me posing with history.

“I am part of everything I read.”