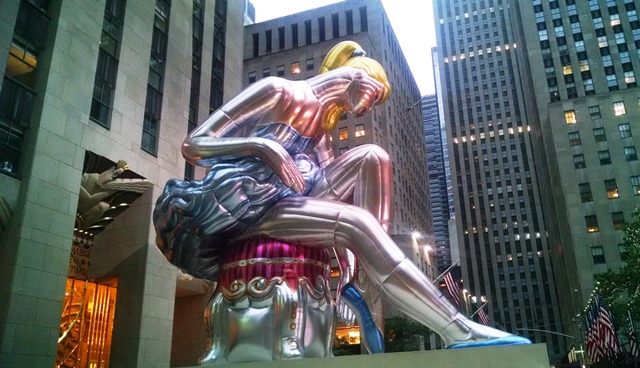 Hitting the streets of New York City, I felt a bit like Forrest Gump, at the moment, where after years of running, he suddenly decided he was done, stopped, and headed home. Of late, I have been feeling like “been there, done that” when on the road, and thinking instead about things that can only be done at home.

My destination, that evening was the Brill building, which we easily found. However, when we arrived, I found it empty, completely unoccupied.  Hum, it was beautiful, but certainly only a shell of what I had hoped to find, this was not the place that had once housed brilliant people making music; the experience enhanced my desire to go home.  I kept walking; walking a city is what I do, especially on a first night in town.  I was not really looking forward to anything else, that night and even found it difficult to find sights to photograph, until the road surprised me, as it so often does.

Suddenly, at Rockefeller Plaza, I came across this giant ballerina, called the Seated Ballerina, which was created by Jeff Koons. She was whimsical and joyful, and more than being a tourist attraction, she was an attraction for New Yorkers!

I watched as locals snapped her picture, and while New Yorkers are famous for not wanting to engage, I must have been feeling my oats, because I actually asked a woman, who I overheard saying that she had really wanted to see the Ballerina, what the Ballerinas name was – she looked me over for a second, and then said she did not know, but was she not the coolest thing? She was, I said.  Adding, that she looked like a balloon.  The woman agreed and mentioned she had seen her on the news. 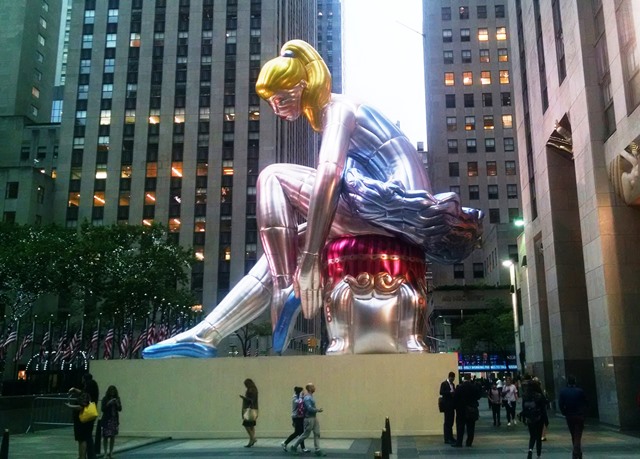 I started to feel invigorated, and photographed the Lego window for Peter and Atlas, it was dark by then, we did a little window shopping as we walked, and mused about the Ballerina, when another unexpected moment occurred. A woman asked us if we knew where the closest subway stop was?  My first instinct was to say no, we are not from here; but knowledge got the better of me, I did know.  I told her a half-block up on Lexington, and she responded, yes, you are right, Lexington – I think she said she was from one of the other Burroughs – not Manhattan.  I was pleased I could answer her question.

We continued walking, owning those streets, when yet another interaction occurred, this time a young man: “Do you know which way Second Avenue is?” Without a seconds pause, Kate answered, yes it is behind you.

He thanked us and definitely said he was not from there – we wished him well, and had a good laugh; not at his expense, but because New York, and the road had once again pleasantly surprised us – we belonged to those streets, after all. 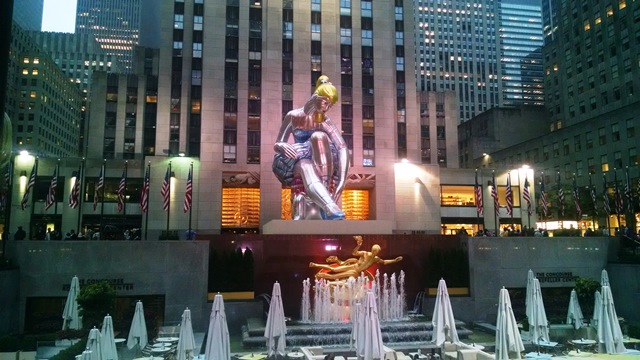