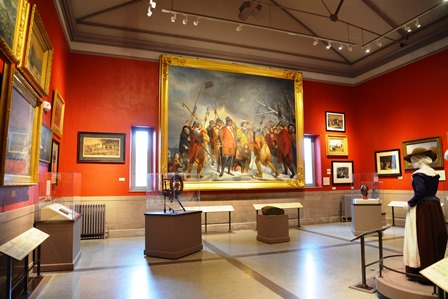 Landing of the Pilgrims

“The Pilgrims were not met by a Native American when they disembarked from the Mayflower in 1620. It was not until March of 1621 that Samoset greeted the colonist.

The painting is not historically accurate. It does however capture what the artist thought was important about the Pilgrim experience – the meeting of the two cultures and two continents. 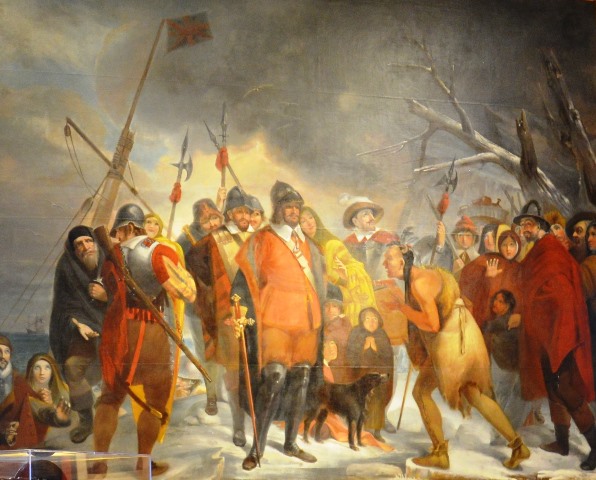 (From The Pilgrim Hall Museum)