This Was the Year 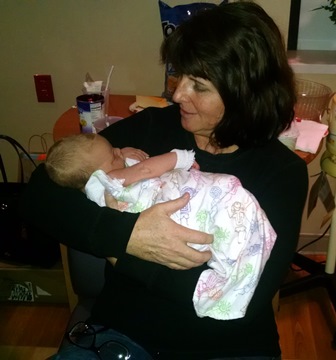 It has been quite a year; it began and ended with trips to North Carolina, a state which has had a rather historical year of its own, but that is not the history I will dwell on here.

As 2016 draws to a close, I feel compelled to spend a few minutes reflecting on a year, which has become one of the more significant in my life, and perhaps, given all that has occurred on the larger world stage, a year that has laid the foundation for changes yet to come for us all.

Sitting to write, on the last day of November of 2016, I am almost comfortable with saying that November alone was sufficiently potent to not need to further examine the previous ten months; but only almost.

There have been so many headlines this year regarding the elections and racial tensions in the United States, equally prominent the deadly terrorist attacks that have spanned the globe, on-going wars and refugee crisis, countless anniversaries from things like William Shakespeare death (400 years ago) to Route 66’s creation (90 years old this year), and of course this has been a year of remarkable scientific, artistic, and athletic achievements, but I will leave those many milestones for others to pounder.

Instead, as I get ready to begin the last month of this year, what I would like to say to you is do not waste time with regret or procrastination; Nike got it right – just do it – just go – just take a chance – engage in life, and by all means stop to record and to remember.

Yes, this year has seen its fair share of heartache, everything from dealing with health issues, our own and others, to standing by watching our friends and loved ones lose their jobs, we have born witness to personal disappointments, family sorrows, world-wide catastrophic events, and everything in between; however, as this year began, for some reason, I felt hope – what a beautifully wonderful thing hope is – though I certainly had no set expectations of what I hoped for in 2016, I was content to hope.

Repeatedly, this has been a year where it seems that almost every step we have taken has been taken“kicking and screaming”. The truly silly thing is that even after an incredibly successful year of living with wonder we continued repeatedly trying to talk ourselves out of, whatever adventure we were next contemplating.  There would be this moment where we would go through how much we needed to get done or how tired we felt or whatever other senseless excuse we could come up with for not going or doing, and then look at each other and say, what is wrong with us?  As it would take about thirty seconds of regaling the results of our previous party or phone call or trip or deed, to say let’s get to it – live!

We welcomed the New Year at my niece and her husband’s New Year’s Eve Party, a party which we did not want to go – why? Not a single good reason, except that we do not normally go out on New Year’s, but we have this little mantra that says if we are invited someplace we go, so we went and we were not sorry.  We got to bear witness to their first party as a married couple, spending a lovely evening with friends and family, in their home, and most importantly marked the moment – that matters, moments must be marked.

For me, life is defined by people, places, and moments remembered, at the end of the day. I want to go to bed every night feeling more than merely content, I want to feel that every day was actually lived to its fullest – something not always easy to do, I well know.

The people that matter, to me, are not just people that I know, but the stranger I am sitting next to in a public place, the person who I interact with at a second hand store, or the individual who has written or created something which moves me – those people who we sometimes crash into and other times barely graze against, who nevertheless leave an impact on our life, and let us know that on that day we were alive.

The places are anywhere and everywhere. I want to go places that I once knew, where I revisit favorite restaurants and drive by old houses that were once home, places where I get to touch history and fill my mind with new ideas and information, and places which offer new vistas and opportunities to feel; as well as places in my own home and the homes of the people I love, where memories are made.

The moments are all of those seconds spent with people in places and alone with my thoughts and feelings, walking through the world; each and every moment matters, and as we grow older, we scoop up those moments with both arms, and soon find that we are holding our life.

Tonight, we each have a long to-do list, including writing articles, which will not be posted at midnight, because instead of staying home and dealing with life’s demands, on this chilly, rainy night, we decided it was more important to go to the hospital and spend time with family and friends, visiting baby Lucy again!

As I sat there, this evening, marveling at Lucy, I will admit that my thoughts of joy were tempered by my concern for Stephanie, who tomorrow will find herself in a hospital, dealing with a less pleasant sojourn. I thought about how she must feel, about her children, and sisters, and all of the other people, in her life, who are grieved tonight.  I said a quiet prayer for her, and then opened my arms to hold Lucy, telling her quietly that this life, it is both bitter and sweet and what matters is what we do with what we are given.

Thus, I end this year, truly amazed at how merciful God has been to us in 2016, I am slightly shocked at what an outstanding year it has been, at the people I was able to see and meet, the places I visited, and all of the remarkable moments, which have brought me to this point in time. I take note of a few of our highlights, not to show off, but to share my joy with you and I ask that ask you to do the same. That is all for now.

A Few of Our Highlights

Stay at the Eliot Hotel

Also finally finding a hotel in Washington D.C. that we like

Boneless chicken wings with Christine as we celebrated her birthday

A sojourn in Huntsville, which will one day be written about

A perfect dinner at Kenny’s and Ziggy’s

Not writing down the recipe I created

Making my way to the Oklahoma City National Memorial

Going back to Tampa with peace

And being able to see Donna with joy, not just shared sorrow

Touring Fairchild Gardens with our dear friends the Barros-Jardines Family

Road trip with the Barros-Jardines Family

Going to the oldest museum in the United States

Sharing Philadelphia with people who live the values enshrined there

Eating a Waffle House waffle in Atlanta, with five people

Being able to stay at the Georgian Terrace

Embracing the role and identity of a historian

Experiencing a moment where I realized I had to stop grieving for my Mother, and celebrate her

Seeing Marjorie Kinnan Rawlings house, which made me feel like both a Floridian and a writer

Finally making it inside WestPoint, and not just driving by

Celebrating nine years of That Is All For Now

Meeting and interacting with so many strangers on the road

Not riding the roller coaster at Coney Island

Building a fire pit in Maine

Reunion with Leona, and Uncle Glen and Aunt Beverly, and Kim

Adding two writers to That Is All For Now

Finding out that my Father hung out with Roberto Clemente

The Teddy Roosevelt Island – another finally

Sharing Kate’s first trip to Hawaii, where so much happened

Accepting that this is who I am and have always been, and I am okay with that – yes finally too

My Sister giving me the exact same birthday card, I had purchased for her next birthday

Saying good-bye to the Republican Party

Election of the Donald Trump

The new President will work for free, I am no longer alone in this area

Maybe working for free will become a thing

Stay at the Algonquin

Eating at Carnegies before it closes – much prefer Katz

Seeing Fiddler on the Roof on Broadway, with Kate – her most favorite of musicals

The Durham Bulls – yes all about the movie

Death of the dictator and tyrant finally

Ana hit Like, on That Is All For Now, with so complete ease, giving us joy