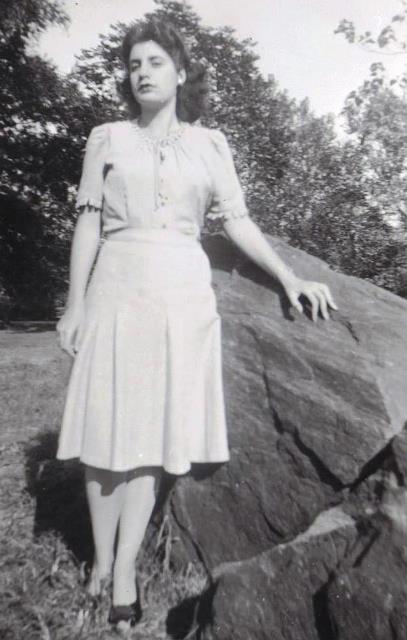 I thought that I was finished writing obituaries.  In the last ten years, I have lost too many people and had decided to stop writing about those losses; but this is different, Fran was different.

Fran lived a very full life, and most people would say a long enough life, she was 98 when she died.  “Alright already”, maybe that was a long life, but not long enough.  I can still her voice, and all of the Yiddish she shared with us; Kate picked up quite a lot more than me.

I have many fond memories of the time I spent with Fran; everything from taking her to see The Messiah in Coral Gables, to touring Fairchild Gardens, there was a Chihuly exhibit, wheeling her around Aventura Mall, her choice for a birthday outing.  We even took her to our favorite restaurant, the Versailles, where she ate Cuban food like the adventurous soul she was; but of course her most beloved outing was for Blizzards from Dairy Queen.

But my favorite memory is of all the hours we spent at her table, in the breakfast nook.

Fran would always set the table, put out napkins and silverware, just so, and place whatever offerings we were going to enjoy, on serving platters, even at ten o’clock at night.

That was one of the reasons we started stopping by Fran’s house, she welcomed us after walking our dog, Merry; and she welcomed Merry!

Fran loved animals, and fed the stray cats in the neighborhood, as well as Merry, who shamelessly sat in front of Fran’s fridge waiting for a treat.

I do not remember ever bringing anything to her house, which was not warmly and graciously received.  Fran would try everything, and always add something to the menu, usually something she had picked up, just in case we dropped by.

(Like cake, we ate a lot of cakes; there were always cakes for birthdays, with candles!)

We would sit at the table for hours and talk.  Yes, we would talk about whatever book we were reading; we would critique the latest film, at our local theater, which we all attended, sometimes together.  We would talk about how her bridge game had gone, and who we had all seen or spoken to lately.  There was always a list of people that we all asked about from my Mother, to “the little children”, and Stephanie, Lilliana, Frieda, and Mildred.  There might be some chatter about the neighborhood and of course our families; but there was also more.

Fran would tell us stories about her life, from her childhood, to her marriage, to retirement, her travels, and her happy and sad moments.

Likewise Fran would listen.  I do not think there was a single happy or sad moment in my life, which I did not share with Fran.  She knew all of my secrets, my heartaches, sorrows and regrets; she also knew all of my hopes, dreams, joys, desires.  Fran cried with me and laughed with me, what more can we want in life?

Fran never thought my aspirations or accomplishments, such as they are, did not matter.  Nor did she ever tell me that something which bothered me or hurt me or made me sad, was not important and I needed to get over it already.

Fran was from New York City; her father had worked as a correctional officer, and her mother in a nightclub in Harlem.  Because Fran was such an outstanding student, she had been able to go to Hunter College.  She was raised in a multigenerational home, which she left when she married Milton, who had served in World War II, and had a career in banking.  They had lived in Stuyvesant Town, eventually moving to the Island (Long Island).  They traveled the world, from Europe, Israel, Africa, and Asia.  Fran became a librarian when President Johnson decided that all schools should have a librarian, and a scholarship program was created, to make that a reality.  She was a granddaughter, daughter, a wife, mother, a grandmother, a friend, and a neighbor, thank God.

Eventually, they retired in South Florida, in a town, which at that time, had a very large population of Jewish senior citizens, who most definitely put their mark on the town.

Fran was a ferocious reader; she loved classical music, and going out to eat.  She had season tickets to the ballet, after a performance she and Milton would go to IHOP, a place we too enjoyed taking her after he was gone, she was a great bridge player.  At one time, Fran went swimming almost daily and loved going to the beach, especially the Aruba.  She always said yes to going anywhere we suggested, something else I loved about her.  And Fran enjoyed coming to my house; she was always so grateful, complimentary, and generous with her kind words, to me.

There is so much more that I could say, but I think what I would like to leave you with is that a very unique, strong, passionate woman passed away on December 12, 2020.  She enriched the world, and I will never forget her hugs, kisses, and lovingly being called bubbie by her.   I guess That Is All For Now, but I cannot imagine it to be true. 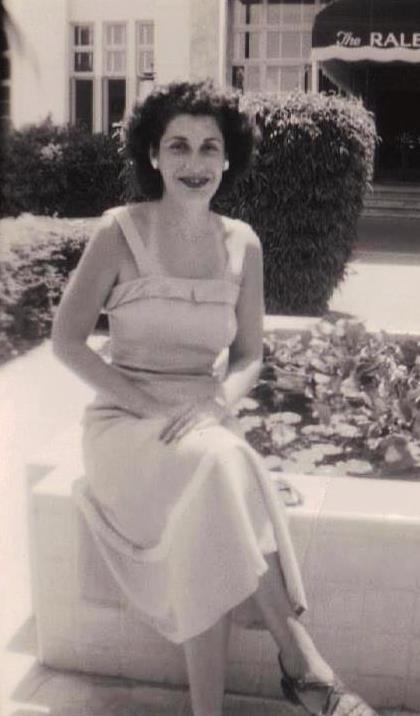 A few years ago, in a moment of hutzpah, I asked Fran to lend me her photo albums.  I told her I wanted to walk them to my house, and scan a few pictures, and then I would return them.   She knew it was to put them on this website, and she knew it was because I loved her and wanted to immortalize her, in my small way.

I know it was not easy for her to let go of the albums, even for a couple of hours.  Though she would have given me the key to her safety deposit box; the pictures mattered to her in an entirely different way.  That in fact was one of the things which drew me to Fran, the “things” in her life were treasures, which represented the people she loved and the adventures she had had, most of them with her husband, Milton.

(You can find the collection of photos about a third of the way down the page, under The That Is All for Now Family Photo Album II. )