“On that day tell your son, ‘I do this because of what the Lord did for me when I came out of Egypt.’ This observance will be for you like a sign on your hand and a reminder on your forehead that this law of the Lord is to be on your lips. For the Lord brought you out of Egypt with his mighty hand. You must keep this ordinance at the appointed time year after year. “After the Lord brings you into the land of the Canaanites and gives it to you, as he promised on oath to you and your ancestors, you are to give over to the Lord the first offspring of every womb. All the firstborn males of your livestock belong to the Lord. Redeem with a lamb every firstborn donkey, but if you do not redeem it, break its neck. Redeem every firstborn among your sons. “In days to come, when your son asks you, ‘What does this mean?’ say to him, ‘With a mighty hand the Lord brought us out of Egypt, out of the land of slavery. When Pharaoh stubbornly refused to let us go, the Lord killed the firstborn of both people and animals in Egypt. This is why I sacrifice to the Lord the first male offspring of every womb and redeem each of my firstborn sons.’ And it will be like a sign on your hand and a symbol on your forehead that the Lord brought us out of Egypt with his mighty hand.”[1]

“Why is this night different from all other nights?”[2]

We would like to wish you a blessed and peaceful Passover, as you gather with family and friends to share Seder.

This year, Passover begins on April 10th, at sunset and concludes on April 18th, at nightfall; the observance commemorates the Jews being liberated from a life of bondage, living enslaved by the Egyptians, as well as the beginning of the Jewish nation. 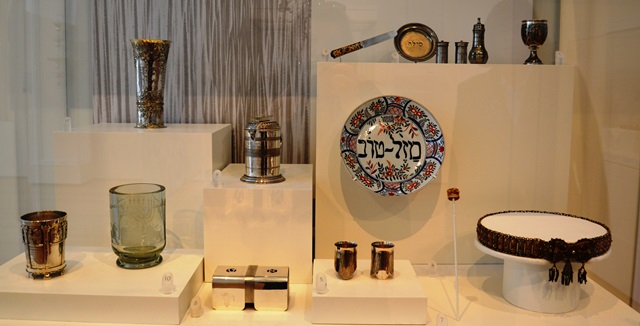 “Since that first Passover, Jews commemorate the holiday by eating matzah, which symbolizes, among other things, that it is better to live in freedom and eat poor food than to remain in slavery and eat well.”[3] 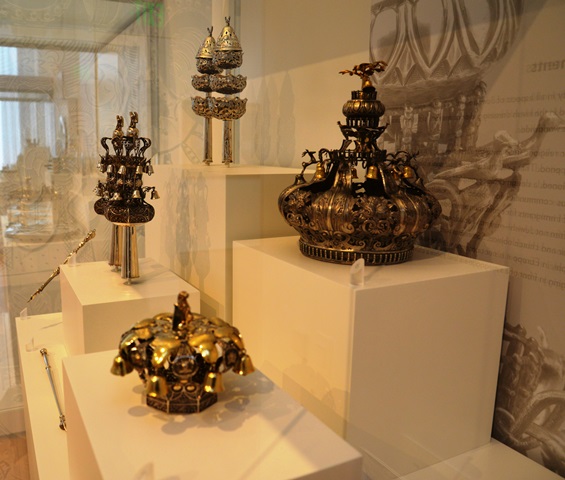 Photos from the North Carolina Museum of Art collection of Judaica