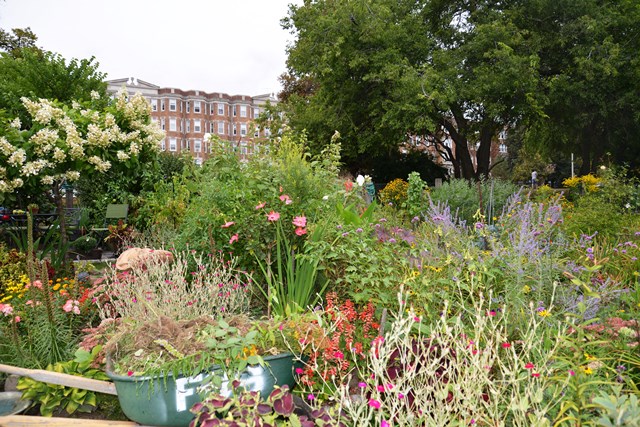 “The Fenway Victory Gardens are the only remaining, continuously operating World War II Victory Gardens in the United States. Founded in 1942 by the Roosevelt Administration, it was one of over 20 million victory gardens responsible for nearly half of all the vegetable produce during the war. Located in Fredrick Law Olmsted’s famed Emerald Necklace, over 500 gardens spanning 7.5 acres are tended by a community of more than 350 members from every neighborhood in Boston, reflecting the diversity of our city and its rich history and culture.

The Fenway Victory Gardens were established in Boston in the spring of 1942 when it became clear that the nation’s food production would be unable to supply both the armed forces overseas and the general public on the homefront. Across the nation, “victory gardens” sprang up in city lots and backyards in order to combat nationwide food shortages and wartime rationing. The Boston Victory Garden Committee secured 49 areas for cultivation, including a large plot of land bordered by the Muddy River, Boylston Street, and Park Drive, an area that would come to be known as the Fenway Victory Gardens.” 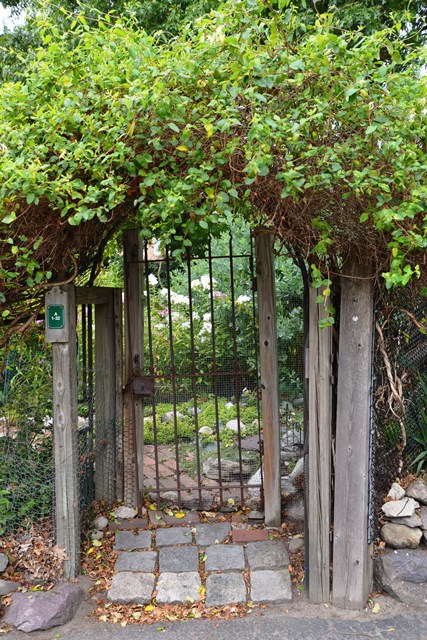 I love how people can personalize their plots.

How would I not love the Fenway Victory Garden, a place where so many of my passions come together – history, nature, wildlife, art, food, and people!

If I lived closer, I would most assuredly acquire a plot here, for the sheer pleasure of gardening in a community, and being able to be a part of this wonderful endeavor.

When I lived in California, I shared a public garden plot with a friend, and it was a fabulous adventure; I loved sharing in the bounty of other gardeners – both in their knowledge and produce!

Watching something grow is good for the soul, interacting with people while you do it, is a prescription for peace! 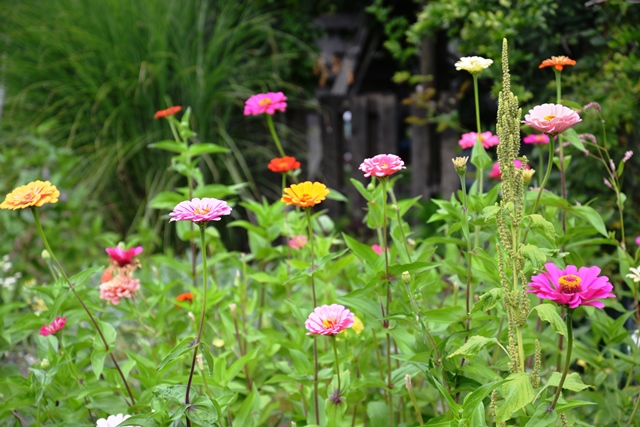 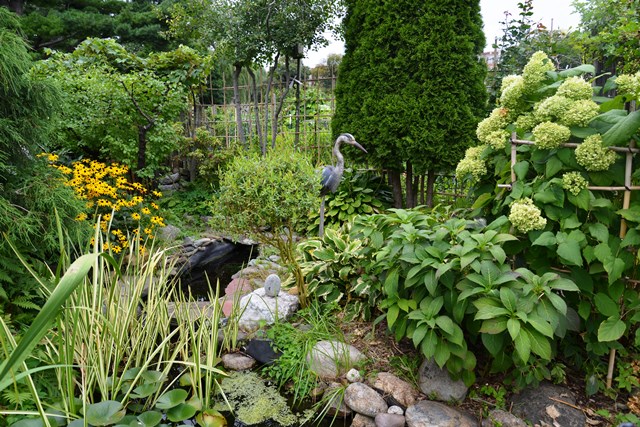 So lush; even as fall approaches. 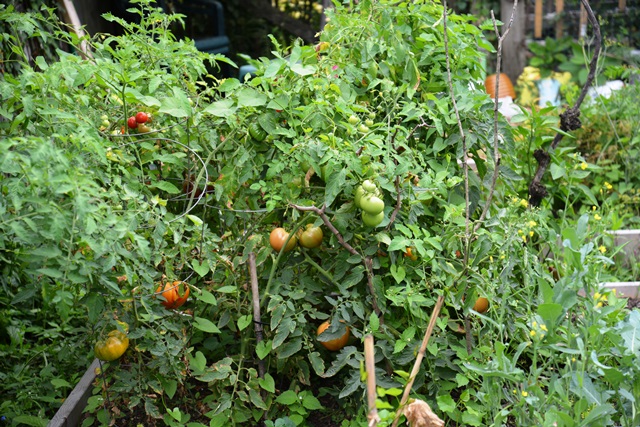 There is little that matches the taste and satisfaction of a home grown tomato! 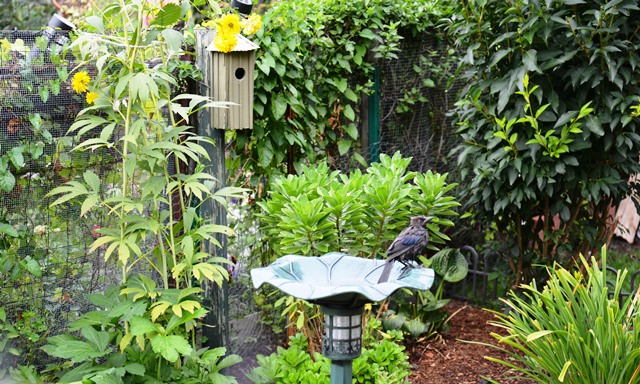 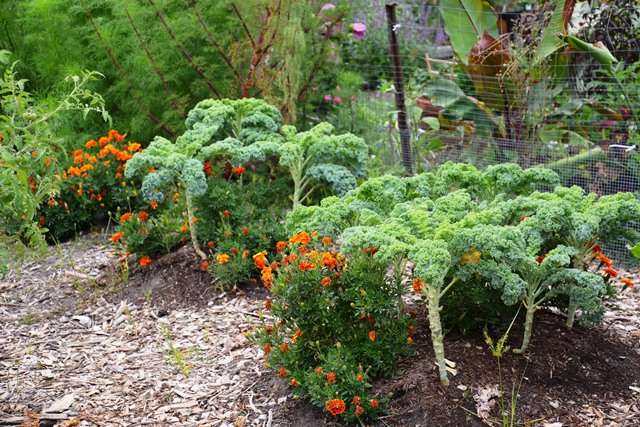 Broccoli and marigolds — a lovely combination! 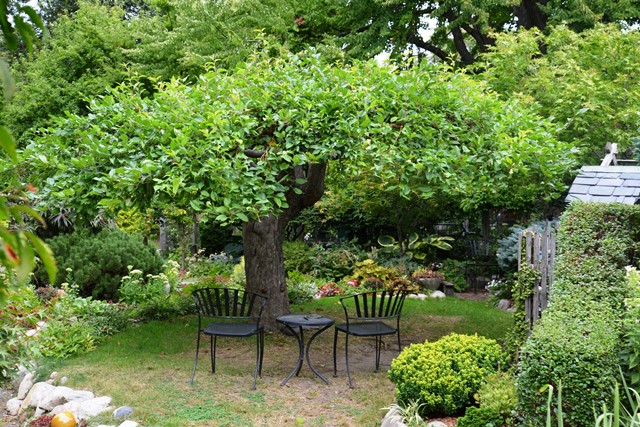 A place of perfect pece. 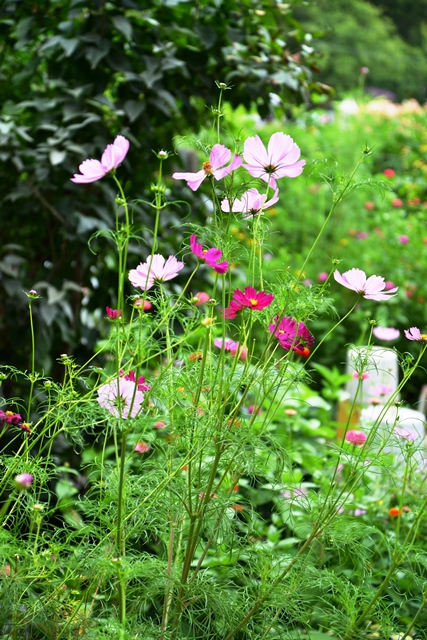 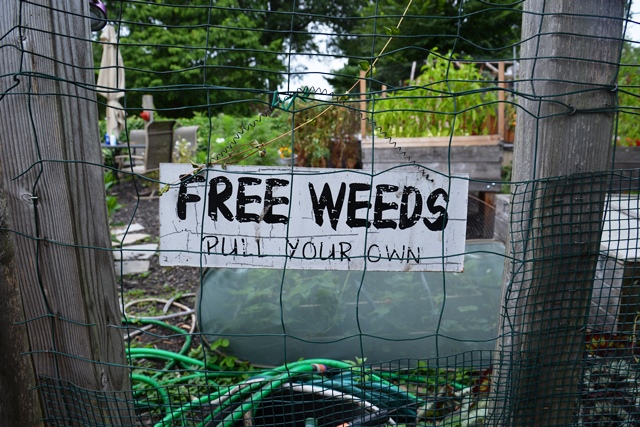 What else can I say?