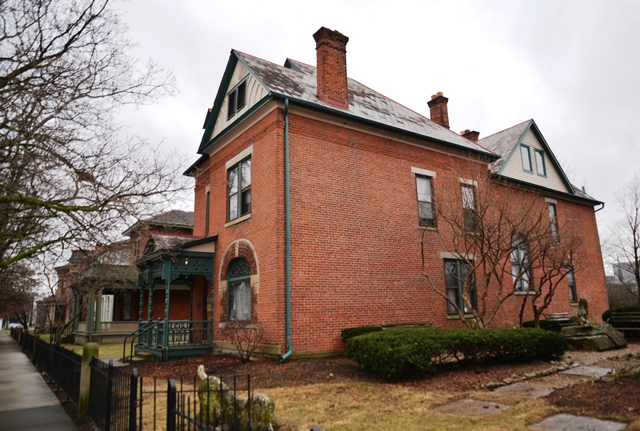 “Let us not look back in anger, nor forward in fear, but around in awareness.”
~ James Thurber ~

Did you know that Mittyesque is a word? The word is derived from one of James Thurber’s most well-known shorty stories, The Secret Life of Walter Mitty, mittyesque means a character that is an adventures daydreamer. Can you be both adventure and a daydreamer? Perhaps one day dreams about the adventures one desires to experience.

If you happen to find yourself in Columbus, Ohio, with a bit of time to spare, I recommend that you stop by the James Thurber house, at 77 Jefferson Avenue, (614) 464-1032; this is the home Thurber lived in, with his family, while a student at The Ohio State University.

“Why do you have to be a non-conformist like everyone else?”
~ James Thurber ~ 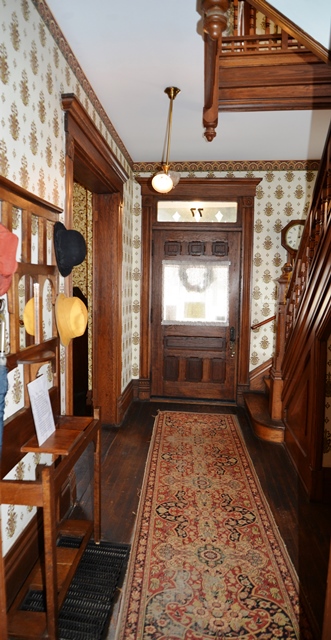 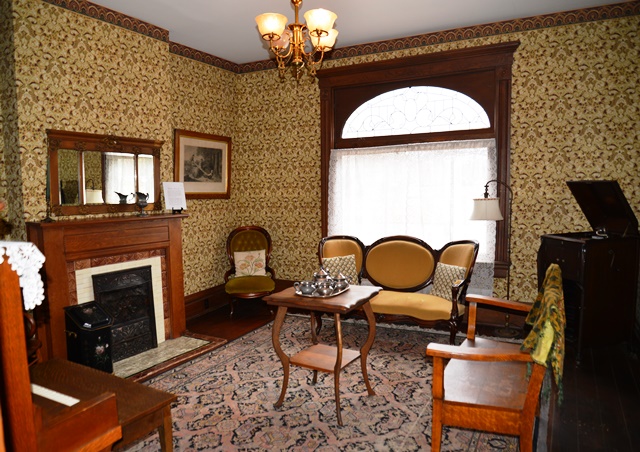 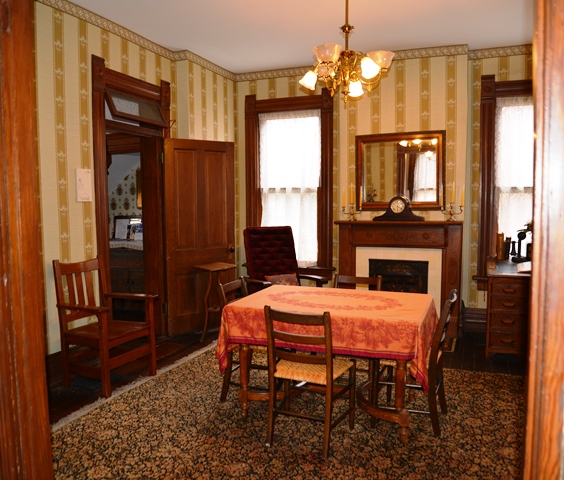 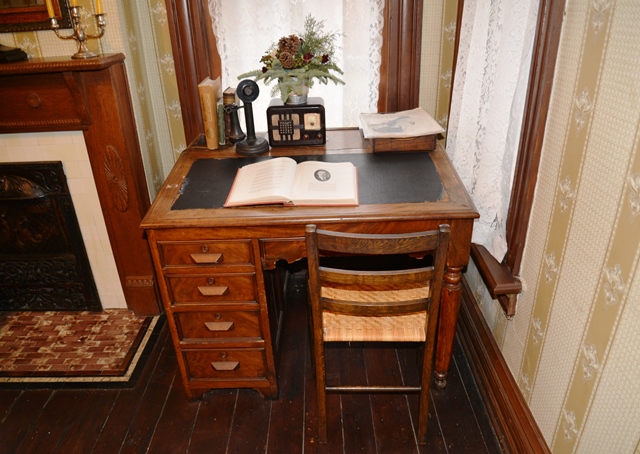 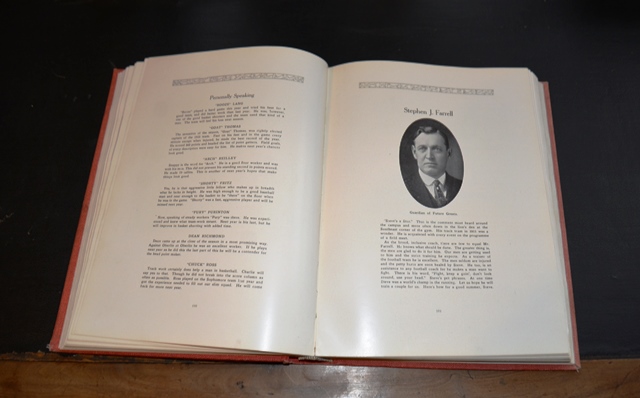 The book sitting on the Desk 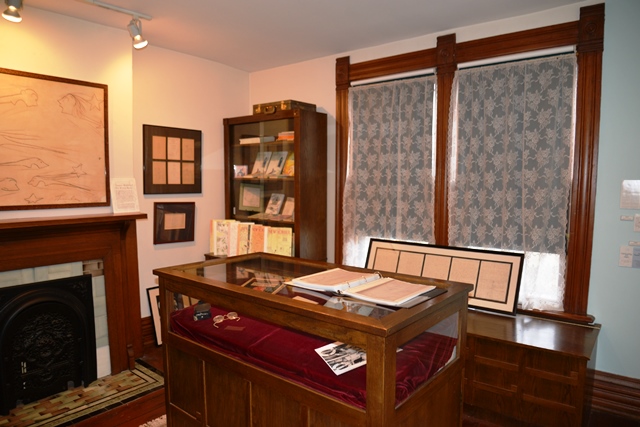 A look at some of his work. 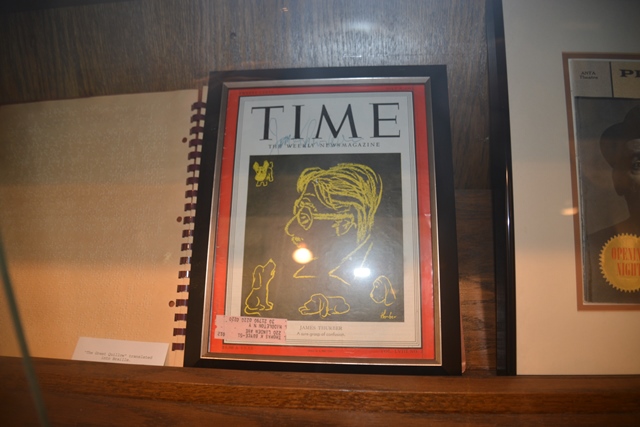 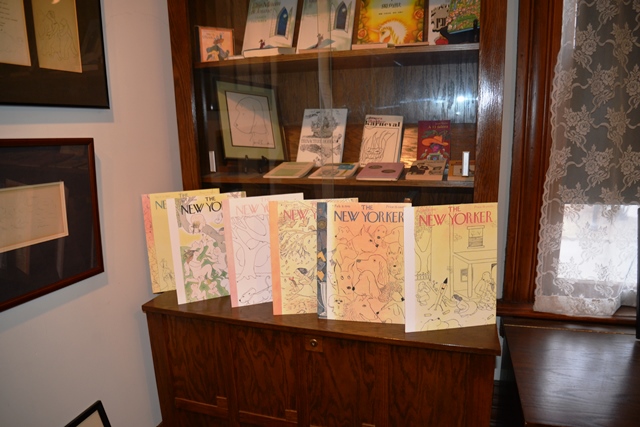 The New Yorker’s that bear his work on the cover. 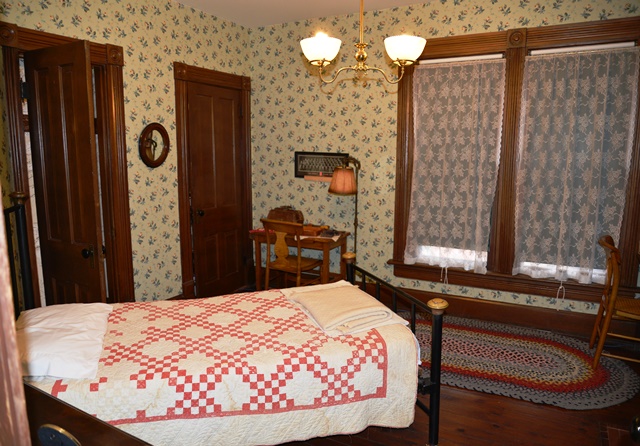 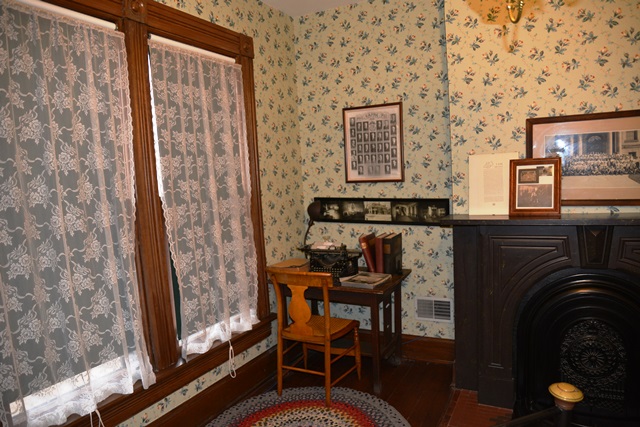 The typewriter in his Bedroom. 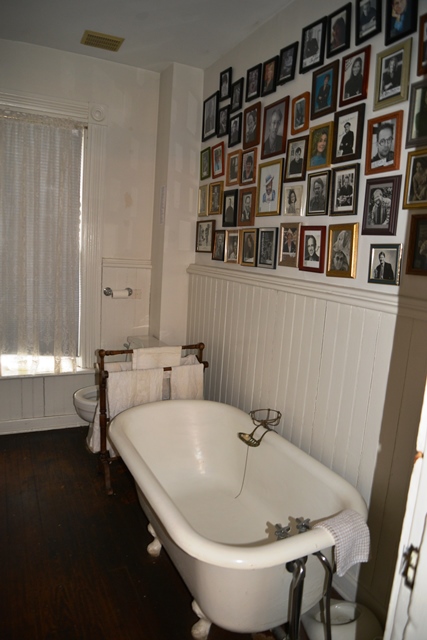 The tub, of course not how it looked when he lived there; rather photographs of authors who have come to the house. 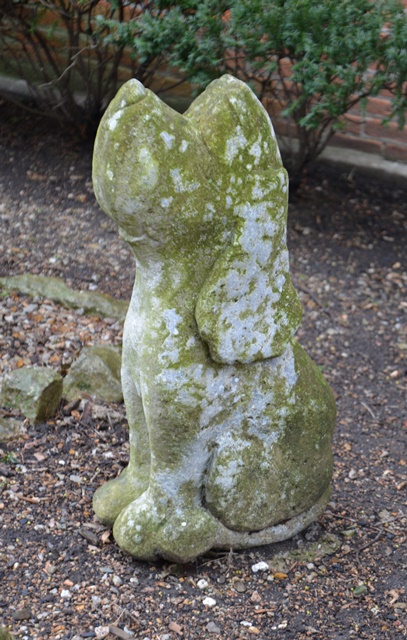 I would not mind bringing him home with me! 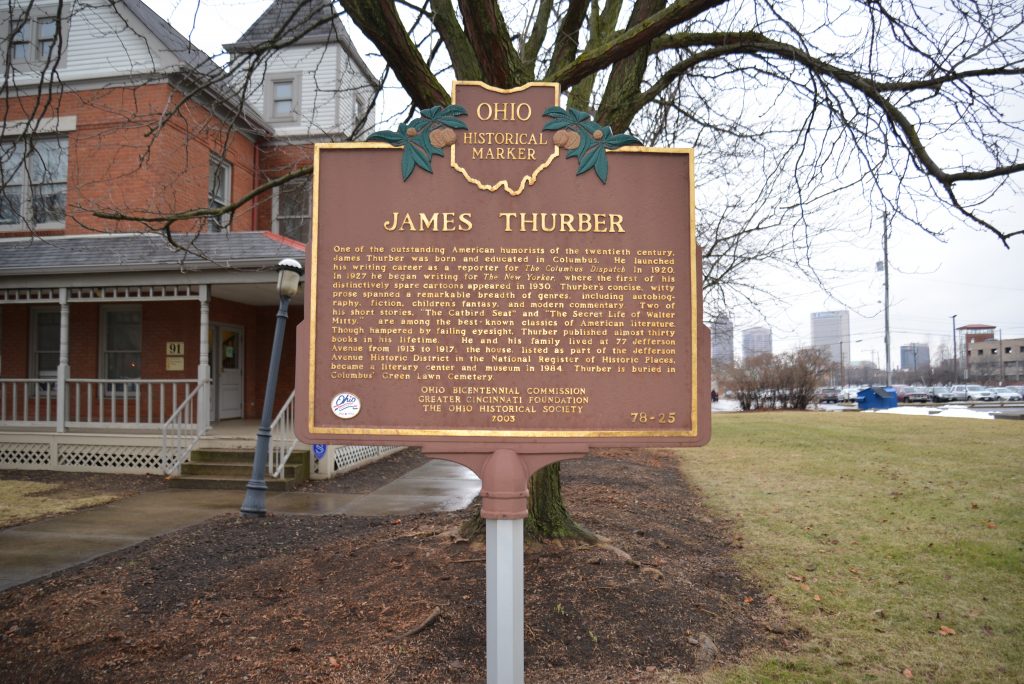 “The author of “The Secret Life of Walter Mitty” and the creator of numerous New Yorker magazine cover cartoons, was born in Columbus, Ohio on December 8, 1894. One of the foremost American humorists of the 20th century, his inimitable wit and pithy prose spanned a breadth of genres, including short stories, modern commentary, fiction, children’s fantasy and letters.

Thurber’s father was a civil clerk, and his mother, Mame, was an eccentric woman who would influence many of her son’s stories. Thurber had two brothers, William and Robert. One day while playing “William Tell” with them as youngsters, Thurber lost the sight in one eye when an arrow pierced it. Ultimately, he would go blind in both eyes, but that never stopped him from writing or drawing.

From 1913-1917, Thurber attended the Ohio State University where he was a member of the Phi Kappa Psi fraternity. It was at this time that the Thurbers rented the house at 77 Jefferson Avenue, which became Thurber House in 1984. Due to his eye injury, Thurber was not able to complete a compulsory ROTC course so OSU would not let him graduate, although they did give him an honorary degree later.

After college Thurber went to Paris, France to work for the American Embassy. He returned to Columbus in 1920 and started working at The Columbus Dispatch as a reporter. Thurber spent his evenings working on skits for the Strollers and Scarlet Mask theatre groups at Ohio State – where he met his first wife, Althea Adams. The young couple moved to Paris in 1925 and Thurber started work on the Paris edition of the Chicago Tribune.

After stretching their francs as far as they could, the Thurbers moved to New York in 1926 and Thurber began his career as a freelance writer while working for the New York Evening Post. At a party Thurber’s friend, E.B. White (Stuart Little, Charlotte’s Web) introduced him to Harold Ross, editor at the New Yorker, who hired Thurber soon after the party.

White and Thurber shared an office at the New Yorker, where they collaborated on their first book, Is Sex Necessary?, featuring a number of Thurber cartoons. After the book’s publication, Thurber’s cartoons were featured regularly in the New Yorker, and made the cover art six times. Thurber left the staff position at the New Yorker in 1935, but continued to submit cartoons and stories.

Thurber’s daughter Rosemary was born in 1931. After several years of marital conflict, Thurber and Althea divorced in 1935. Thurber married Helen Wismer later that year. She convinced Thurber to leave New York and move to Connecticut after they married. Helen was Thurber’s editor and business manager, as well as his wife and caretaker, until his death.

Thurber had a great love of dogs, of all shapes and sizes. He even dedicated Is Sex Necessary? to two of his favorite terriers! Thurber included dogs in many of his drawings, saying that dogs represent balance, serenity, and are a “sound creature in a crazy world.”
After talking for years about writing a play together, Thurber and fellow Phi Kappa Psi brother, Elliot Nugent, finally did. In 1940 they wrote the Broadway hit “The Male Animal.” The play was such a success that it was turned into a movie in 1942 staring Henry Fonda and Olivia de Haviland.

Thurber spent much time in and about the Algonquin Hotel in New York City. Though never a formal member of the Algonquin Round Table, he was a favorite among many of its members including Dorothy Parker and Robert Benchley. Helen and James would stay in the Algonquin Hotel when visiting New York after they moved to Connecticut.

Thurber wrote nearly 40 books, and won a Tony Award for the Broadway play, “A Thurber Carnival,” in which he often starred as himself.
One of his books, My World and Welcome To It, was turned into an NBC television series in 1969 – 1970 starring William Windom. “My World and Welcome To It” won best Comedy Series and Windom won Best Actor in a Comedy Series at the 1970 Emmys.
Thurber died on November 2, 1961. He is buried in Columbus’ Greenlawn Cemetery.” 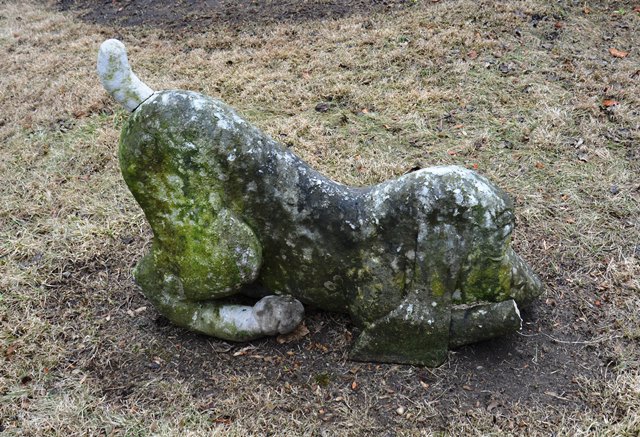 “There are two kinds of light – the glow that illuminates and the glare that obscures.”
~ James Thurber~