The End of an Era

I do not want to talk about the politics behind how animals are treated; trust me, I understand. A couple of weeks ago, Kate and I went to a wild animal refuge and lasted less than an hour, broken hearted at the small cages and confinements.  But despite how animal activist feel, once upon a time, the circus would come to town, and fill us with delight and wonderment.

This month, after 147 years, the most famous circus in the world, the Ringling Bros. and Barnum & Bailey Circus is bringing down the big top permanently. What was once the “Greatest Show on Earth” will be no more, it is an end of an era.

As a child, I loved the circus and the smaller carnivals, which more often came to town; I marveled at the feats performed by the acrobats, trapeze artist, those much maligned animals’ acts, and most especially the clowns, who back in the day, interacted with the audience. A night at the circus left me feeling awed.

Knowing the circus was closing, Kate having never been to the circus, and them performing in a neighboring state, we decided to say her hello and my good-by to what was once quite an institution, on a recent Sunday afternoon.

The show was no longer the Greatest Show on Earth, sad to say; but I am glad I went. As I was leaving, feeling a bit nostalgic and sad at the loss of magic, I was stopped by this image, which I felt perfectly captured my experience and what I think so many who made their lives in the circus must have felt.  (As you know I do not usually publish photographs of people without their permission, but I felt that perhaps the pose was an invitation to be photographed.) 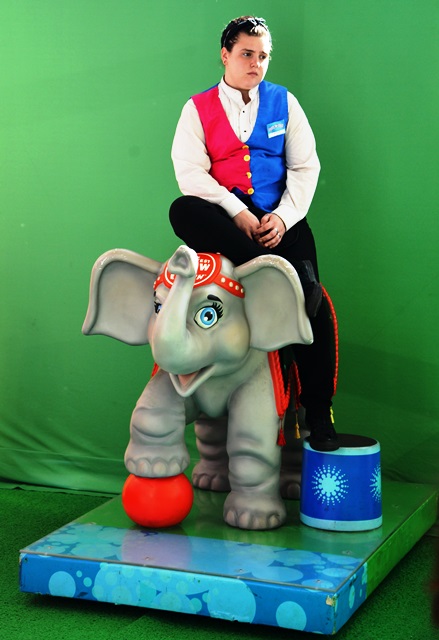