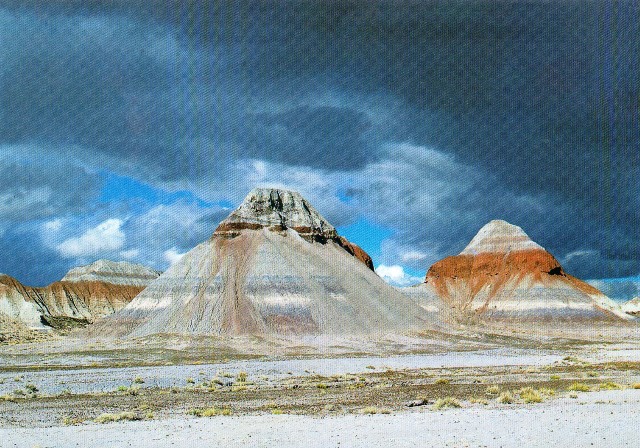 The first souvenir Kate and I ever bought was a small slice of petrified wood, in Arizona, thirty years ago. It was a stop, on that first road trip, which I had wanted to make, as I remembered visiting the national park, as a child, when we lived in Winslow, Arizona.

I had fallen climbing over some of the rocks and gotten a splinter of petrified wood in my leg, which I did not tell anyone about until my leg began to swell. My very brilliant Mother, made a paste of baking soda and lard, put it over my leg, where the splinter had entered, and then covered it up with gauze.  I was quite dismayed at the thought of having lard slathered on my leg, but was also a bit miserable, and thus acquiesced.  In a short time, my Mother called me over, removed the bandage, and applying the most minuscule of pressure, amazed me as the splinter popped right out!

Anyway, either my Mother’s nursing skills or the park left quite an impression on me, and I thought I would share this collection of post cards with you, as road trip season is upon us and you may be looking for inspiration.

This park, located off of Interstate 40, is named is named literally for the fossilized trees that have become rocks! 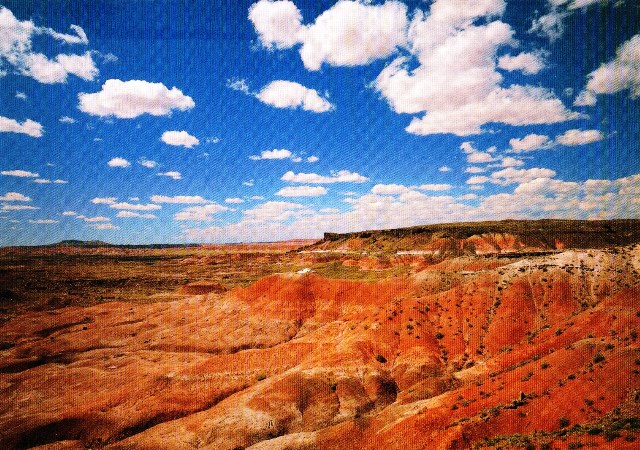 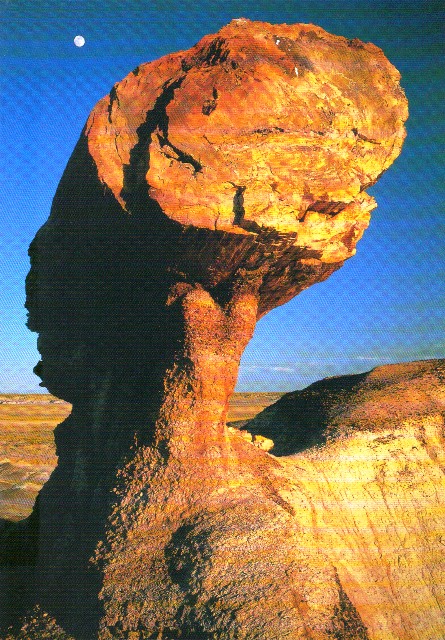 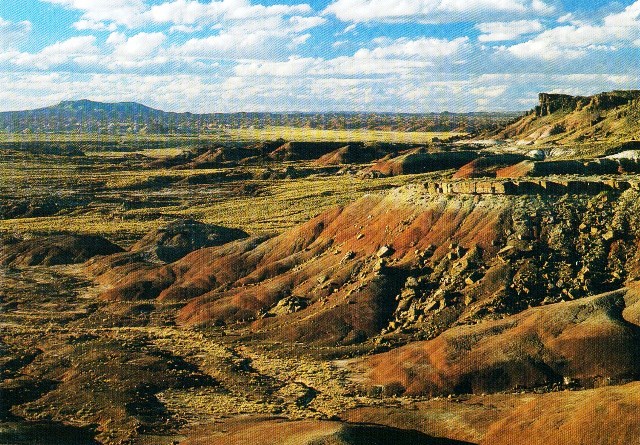 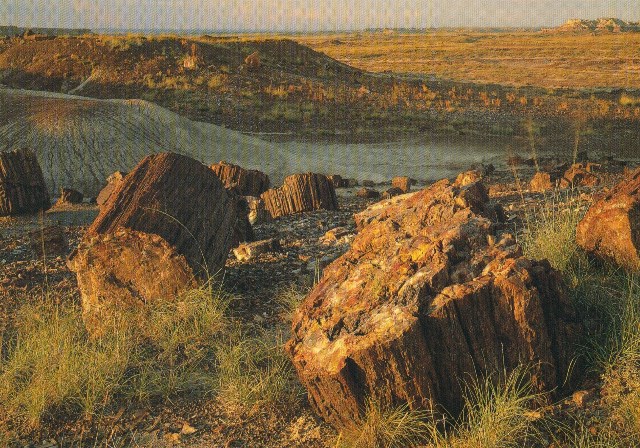 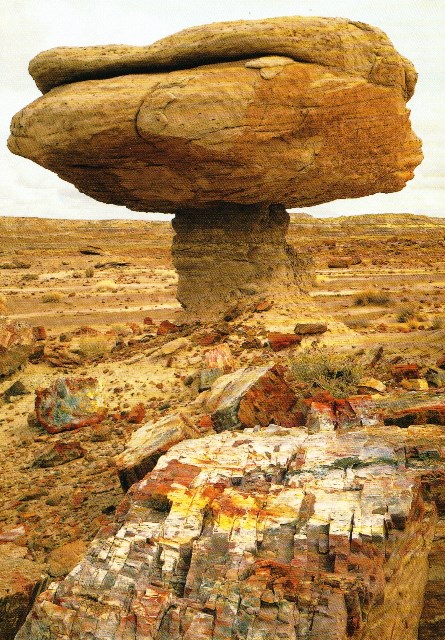 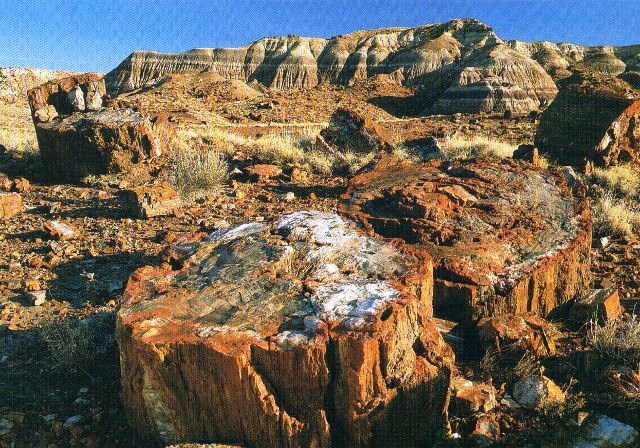 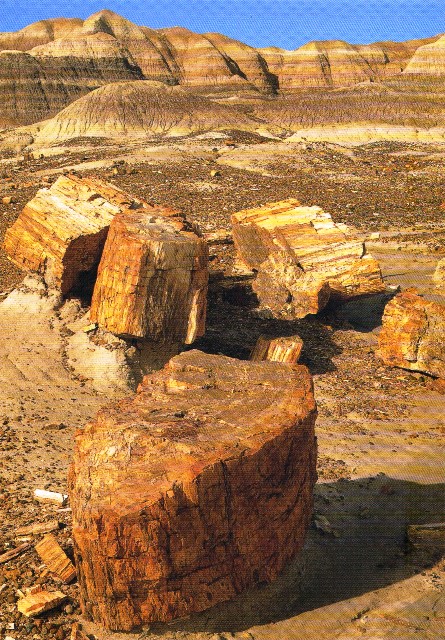 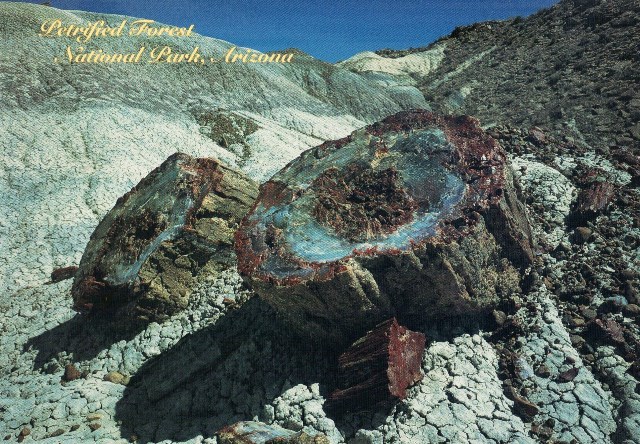