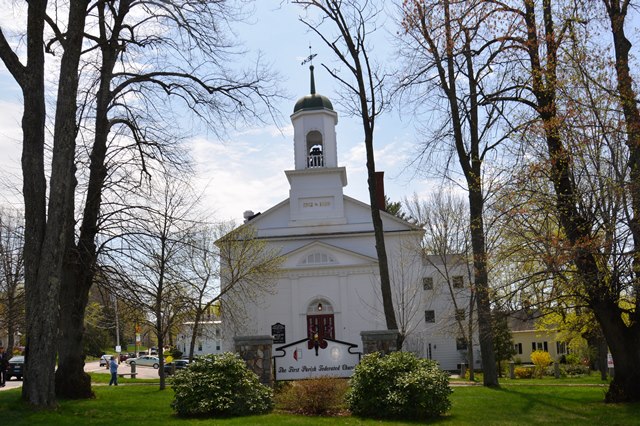 As I made my way into my bedroom to get ready to shower and go to bed, I turned on the television; channel surfed for a few minutes, frankly a bit amazed, at the lack of coverage, of the terrorist attack, on our nation, on October 31, 2017.

I was trying to process what had happened in New York City, once again, but I was also a bit preoccupied with what is going on in our life, something that I felt slightly guilty about.

It had been a long day, preceded by a long week, long month, long summer, and a long year. As you know, when we talk about a long day, sadly, we rarely mean a long day spent with loved ones or at the fair or beach.  Usually, a long day means that we have endured not that we have celebrated.

Thus, I got ready for bed thinking about the fact that tomorrow I must go to the basement, for myself and check the damage, from this week’s storm. The basement, which is half carpeted, was flooded when we lost power, and thus the sub-pump went off; do not feel bad if you do not know what a sub-pump is or that it needs a generator to keep it running when you lose power; I had no clue.  We also had a very large tree fall, which seems to have taken down a smaller tree with it, luckily they did not hit the house; but it does not seem our insurance covers tree removal. 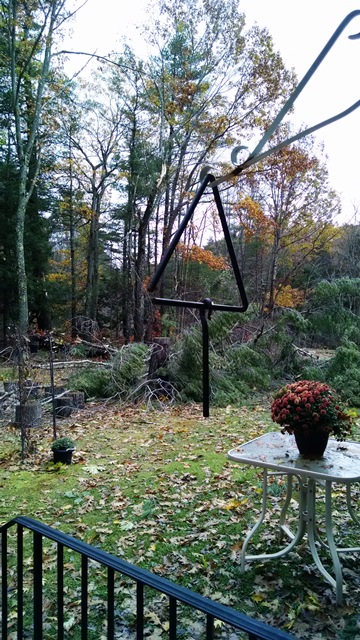 I have not actually gone to see any of our damage, in person, because I was using an electric hedge trimmer, after having done some work outside, which meant I was rather damp, when I cut the extension cord and preceded to get an electric shock, that eventually led me to hit the ground, where I somehow hurt my foot, that is now in a little air boot, that has me hesitant to either go outside and explore the tree damage or to the basement and see the water damage – but I am on the mend!

When I got into bed, my long day continued with me thinking about how AOL has betrayed me, by insisting that I update to their Gold AOL that honestly does not work as it should. Also, my entire computer, that I depend on for more than I should, is starting to feel like it is on its last leg; and with me the computer problem just like the AOL problem is how much I hate change in my technology.  Do I need to print twenty years of emails this week?

I feel asleep very quickly, thinking about the update Kate had given me on her day and how much had not gotten done in either her world or mine, remembering that I need to do some updating on a website, that I completely forgot.

Oh well, overwhelmed and exhausted, with more on my plate than I want and an endless to do list – sound familiar?

If I slept for an hour, that would be a lot; but I woke up from my nap and thought about an email the Pastor had sent me. She had actually offered me a hot shower – that is a pretty nice thing when you do not have hot water.  As I lay in the dark, I went over her email, in my head.  She had not asked if we had lost power, but had the power been restored, and even more importantly she had let me know that the church was open and ready to help.

Thinking about Pastor Linda’s email, made me feel quite blessed and I scrolled backward, on my timeline to an exchange, that evening, with my friend Linda, who I had recently been able to see when her ship docked in Portland, for a few hours. She had sent me two photographs, which in my app less world, I was not able to previously view.  I am so glad to have a memento of our day together. 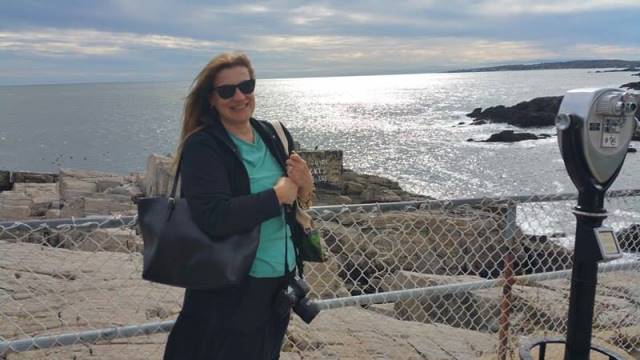 My friend Linda is a professional photographer, this is her work!

As I continued flipping, in my mind, I settled on two pictures I had posted to my sisters, where they were both laughing more joyfully than I have seen either of them laugh in a very long time, they were taken on Sunday, as a reaction to our tasting “whip cream” made from the water of garbanzos, yes it taste as you might expect.

On the last Sunday’s of the month, our family gathers together for a Blue Bloods dinner.  My older sister had made a comment, on social media, about how nice those fictional dinners seem, and I suggested that a Sunday dinner was most assuredly available to us, if we so chose.  The garbanzo whip cream was an attempt to address our various diets; but I am pretty sure that next time we are going for the Cool Whip. 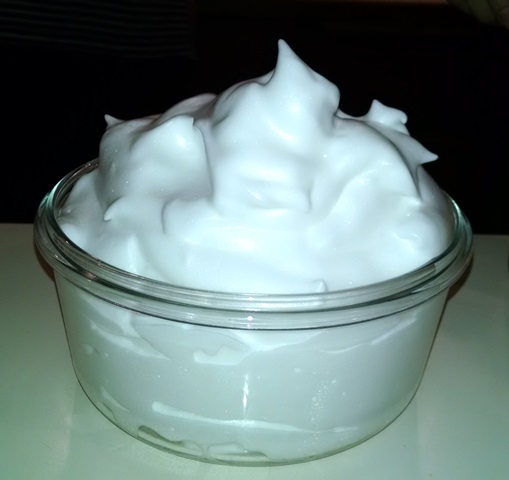 I stayed in bed for a while longer, remembering Sunday’s dinner; and how nice it had been. My brother-in-law had offered to help with the dishes, something that I should be embarrassed to admit, but with the exception of my Uncle David, who insisted, I do not normally accept help from men in the kitchen, as this is one of those times where my vintage Cuban side out-weighs my feminist side.  But on Sunday night, Kate’s total exhaustion, we had just come in, from the road, and my sore foot overrode it all, and I said yes, thank God! 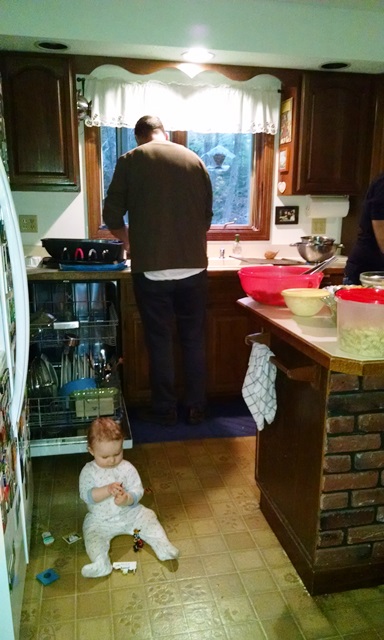 That night, the storm knocked out our power, and on top of everything else, I would have been quite sad to wake up to a dirty kitchen; which normally would not happen, but Kate and I were both completely spent and I do think we would have gone to bed with the kitchen a mess, instead of in order and with the dishwasher having completed its cycle.

My mind circled back around to the note from the Pastor, and I thought about how nice a simple note can make one feel. The Pastor’s note reminded me that before we had left, we had received a lovely handwritten card from Dave and the Stewardship Team, thanking us choosing to be a part of the church.  I have to say that was quite lovely and deeply moving.

I have struggled for a long time to find a church. Of all things, I think I may be too conservative for the church I am attending; but oddly it may be okay, because the church is so welcoming.

I want the church of my childhood, but it does not exist anymore and that truly makes me sad. I have looked for years, especially within the denomination that I was raised.  Apparently, I have issues with change not only in technology, but almost everything else in life; but as I lay in bed, debating whether or not I was going to get up and come read the Pastor’s email again, the thought occurred to me that maybe I actually have a Pastor and a church, and that makes a long day a lot better.

I had not planned to write about this, rather as you already know by the stories I have been sharing, if you are following along on facebook, #MeToo has certainly been on my mind and that article is coming. But as we get ready to think about what we are grateful for, I have to say I am feeling rather amazed that my church is open if I need it – including for a hot shower.  That is all for now.