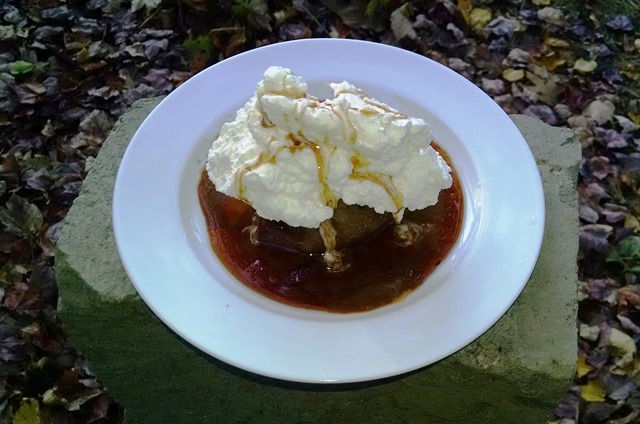 Have you ever thought about the fact that we have an emotional attachment to foods that directly correlates to when it is harvested? For example, in the spring, especially for Easter dinner we think of eating tender asparagus, just like the 4th of July cries out for fresh strawberries, while autumn tells us it is time to enjoy all things apple – from apple picking to apple cider doughnuts, and baked apples!

Baked apples make me think of fall and my Mother, as she is the person who first introduced me to this simple but delicious addition to any meal, especially at this time of year; they are also a wonderful alternative to apple pie.

Basically, the apple should be washed, cored, and stuffed with brown sugar and spices, topped with a dab of butter and served warm. Preparing to serve them for a special dinner party, along with homemade Pumpkin Pie, I added a few extra decadent touches that make them not only suitable for Sunday dinner but for company, as well. 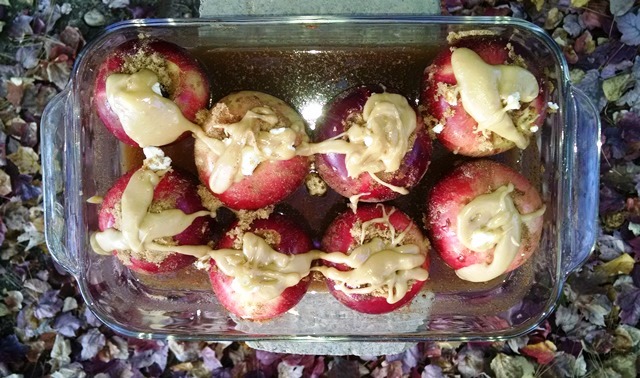 One Apple per person, plus a few extra just in case

¼ Teaspoon of each of the following, per Apple

1 Tablespoon of Apple Cider, per Apple

1 Tablespoon of Butter – to Butter the baking dish

Plus 1 Teaspoon of Butter per Apple 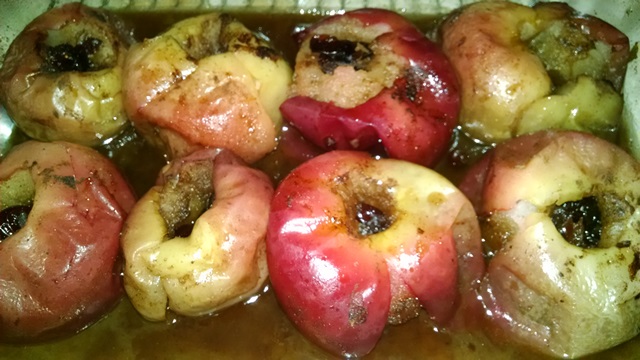 Wash and core each Apple

Butter a baking dish and place the Apples side by side

Spoon Apple Cider into the center of the Apple

Sprinkle Cinnamon, Ginger, Nutmeg, and All Spice on the Apple

Combine Raisins, Dried Cranberries, Currents, and Nuts, if you so choose

Combine the butter and brown sugar

Fill the center of each Apple, packing it tightly

In a small sauce pan, pour liquid Apples baked in

Stir well, while the sauce thickens

The apples can be baked ahead of time, but should be served warm or at the very least, at room temperature. You can place the apple in the microwave for about 30 seconds, right before serving.  To serve, pour some of the warm sauce on the plate, place the apple, and then top with whip cream and another drizzle of sauce.