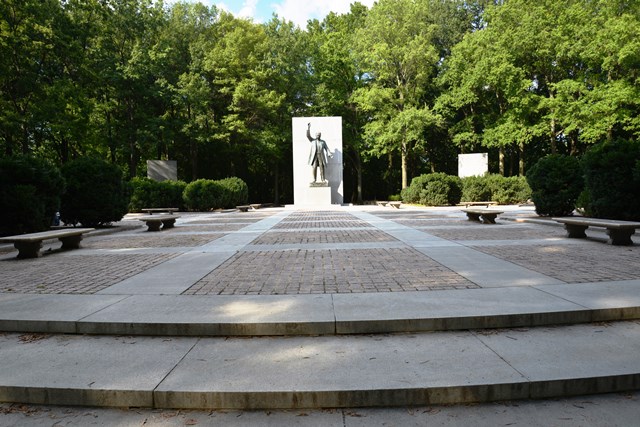 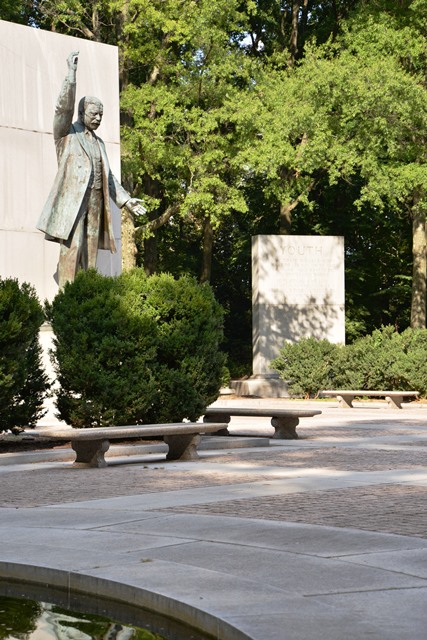 Like so many memorials in Washington D. C., Theodore Roosevelt Island honors a man who served as president of the United States and manages to capture the enormity of the man, while highlighting his contributions to America and the world; however, this particular monument is not on the National Mall and thus it feels a bit different than say the Lincoln or Jefferson Memorials, both outstanding, and most assuredly deserving of your time and attention.

Literally located on an island, which you reach off of the George Washington Memorial Parkway, where you park your car, and then walk across a small foot bridge, it is managed by our National Parks, and is free to the public.

On the day we arrived, after a short stop to read the informative placards, we decided to turn left, which took us on a beautiful, though sometime coarse path around the 88 plus acre park, before arriving at the monument that we had come to see; it was a lovely little hike. If however, we had turned right, we would have been feet away from the memorial, and would have missed out on the island, I am quite glad we turned left, but you may want to bear this information in mind, if you find yourself arriving with limited time or on a chilly day.

The Potomac accompanies you as you walk around the island:

“In the 1930s, landscape architects transformed Mason’s Island from neglected, overgrown farmland into Theodore Roosevelt Island, a memorial to America’s 26th president. They conceived a “real forest” designed to mimic the natural forest that once covered the island. Today miles of trails through wooded uplands and swampy bottomlands honor the legacy of a great outdoorsman and conservationist.” 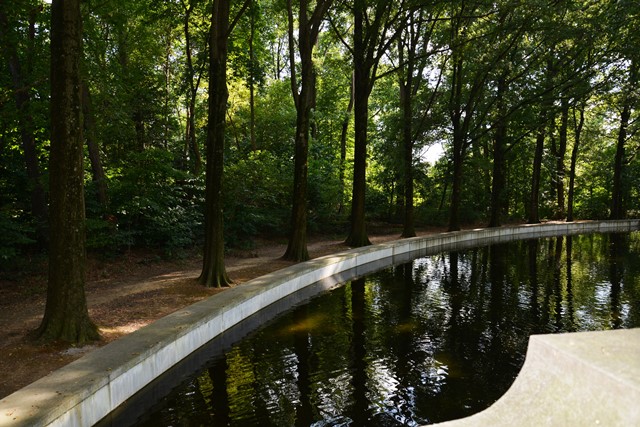 The Island was originally part of a Nacotchatank Indian fishing grounds; it was then purchased and owned by several different people, before being left uninhabited, serving briefly as a station for the Union soldiers, during the Civil War. It next became the property of the Washington Gas and Light Company, until it was purchased by the Theodore Roosevelt Memorial Association, in 1931, with the expressed interest in building the memorial, which opened in 1967. 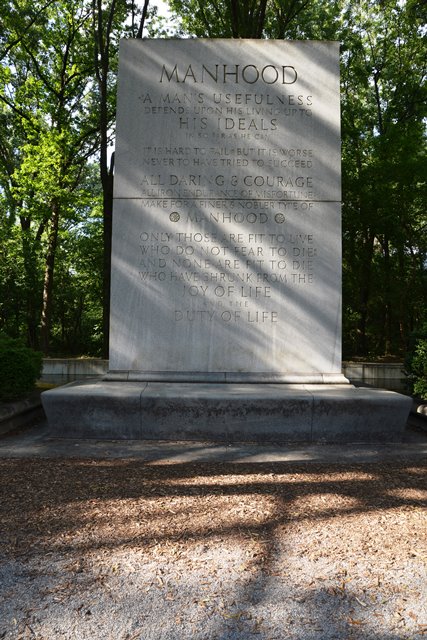 “A man’s usefulness depends on him living up to his ideals in so far he can.”

Interestingly, given Teddy Roosevelt and his Rough Riders: “Following the declaration of war against Spain in 1898, the island was used as a test site for a number of private experiments in electrical ignition of the explosives dynamite and jovite led by the chemist Charles Edward Munroe of Columbian University. Monroe’s experiments, which explored the use of the explosives for mining waterways and roadways and preparing ground for rapid entrenchment, were conducted in secret and without alerting the District of Columbia Police Department, which investigated citizens’ reports of Spanish spy activity and found the explosives and detonators buried on the island.” (Wikipedia)

Among President Theodore Roosevelt’s many contributions and accomplishments, he is well known for his love of nature, he was responsible for creating the United States Forest Service, establishing 150 national forests, 52 bird reserves, 4 national game preserves, 5 national parks, and 18 national monuments, protecting 230 million arcs of public land. (National Parks Web Site) Thus it is fitting that this memorial not only be in the great outdoors, but designed in such a manner that you want to walk through nature, and then sit and linger enjoying the beauty.

The statue was sculpted by Paul Manship, and the memorial was designed by Eric Gugler; the park includes the 17 foot statue of a standing Theodore Roosevelt, as well as several large panels inscribed with the Presidents words. 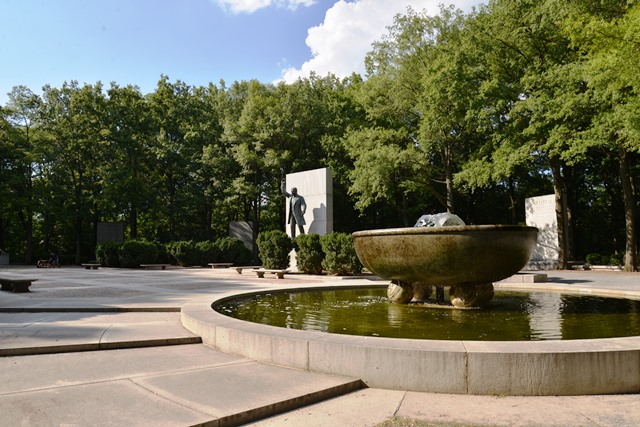