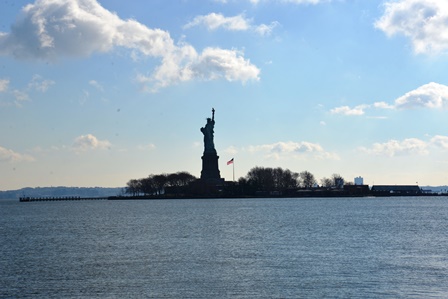 “This third I will put into the fire; I will refine them like silver and test them like gold. They will call on my name   and I will answer them; I will say, ‘They are my people, and they will say, ‘The Lord is our God.’” ~ Zechariah 13:9 ~

I found myself sitting in a hotel coffee shop, in New Jersey, turned around looking for some half and half, for my coffee, when the ubiquitous television, tuned to CNN, caught my eye: Iran had released four American prisoners. I strained my eyes, had Pastor Saeed Abedini, a former Shia Muslim, who had become a Christian and was imprisoned for proselyting been released?  Could it be that after so many years of agonizing and unjust confinement he might actually be free?

I thought I saw his name, on the television screen, stood up, walked over to the bar, in front of the television, to take a closer look – indeed, it was his name, and the picture of him, I had seen so many times before. I could not believe it.

My first thought was a prayer a of thanksgiving, I then thought about his wife, Naghmeh Abedin, whose testimony and supplications, on her husband’s behalf, I had read and listened to, so many times, in the last few years. God had heard her prayers and blessed her faithfulness; I could not contain my tears: Not forever will the cries of the righteous go unanswered, I thought.  “The Lord is far from the wicked, but he hears the prayer of the righteous.” ~ Proverbs 15:29 ~

The waitress became a bit concerned, asking if everything was okay; I said yes, and told her that I along with so many others have prayed for Pastor Saeed, and now look, it is a miracle. I do not think she knew what to make of my reaction or the news, but did bring me another dish of half and half.

I ate my breakfast, with my head cocked sideways, watching the television annoyed when Wolf Blitzer, who I genuinely appreciate, initially called Pastor Saeed a cleric, but his colleague correctly identified Pastor Saeed Abedini as a minister, not a cleric, and Wolf followed suit.  I well understood the focus, by the media, on Jason Razaian, a reporter for the Washington Post, who was charged with espionage, in 2014; a journalist should never go to jail for doing their job, any more than ministers, rabbis, priest, or clerics should.  Amir Hekmati, a former American Marine, also accused of espionage, in 2011, convicted of said charge, and sentenced to death, with the sentence later being amended to ten years, was released, as was Nosratollah Khosravi, and Matthew Trevithick, a student.

After we ate, we made our way back to the bar, to finish our coffee; our desire had been to get on the road early, to make it to Maine, in the daylight, to better deal with an impending Nor’easter. But I could not tear myself away from the television.  I started to think about what these men, and particularly Pastor Saeed, whose case I was most familiar with, had endured during their imprisonment, knowing that we will most likely never learn the full story of how they were treated, as their silence, or at least partial silence will be part of the price exacted by Iran, for their freedom – after all, the regime well knows the people who have visited the prisoners, their families names, and their associates, who no one will want to endanger.  However, we have all watched enough television coverage, read ample books, magazines, and newspapers to know that these prisoners will leave jail having survived inhumane brutality; but they will leave.

Initially, I posted my glee on facebook, hours before I took out my computer and began to write these words. At the time, my head was filled with thoughts about the persecuted church, thinking about how 2015 bears the distinction of being the year Christians have endured the greatest oppression since the days of the Roman Empire. http://www.cnn.com/2016/01/17/world/christian-persecution-2015/index.html

I thought about what Pastor Saeed, who established approximately 100 house churches, in Iran, where Christians are forbidden to gather together to worship, would have to say when he once again stood in a pulpit. My imagination began to run wild with the hope of revival.  Perhaps, what the church, in the free world, needs is to truly hear what those in other parts of the world, who daily must put their life on the line, in order to follow Christ, endure.  Could Pastor Saeed help end our complacency?

The next day, as I began to see reports about the prisoners arriving in Switzerland, on their way to Germany, and hearing from families and politicians; I started to do a little research on the subject of my column, it was then that my heart sank.

Apparently, the Pastor’s wife, Naghmeh, had written a private letter, which became public, describing a less than perfect marriage. Later, she apologized for writing the letter, blamed it on exhaustion, all very reasonable; but suddenly the hero of my column was tarnished.  Could this man be the one to revitalize the Protestant church, when his faith had failed to make him an honorable husband?

I stepped away, hopes once again dashed. I would not write about him, I thought.  But all day, today, as I have walked the chilly streets of Boston, it is the Pastor who has occupied my thoughts, not Paul Revere or John Adams.  I keep wondering why is believing in God, reading the Bible, and having the example of Christ, not enough to make us more like Christ?  Why do we so miserably fail our faith?  I do not have any answers.

Why do we fail to live up to the standards that we proclaim define us? Contemporary Christians seem obsessed with the notions of grace and forgiveness; almost to the point where none of our actions matter, so long as once the un-Christ like deed is committed, we say we are sorry. As Christians we are taught, by the contemporary church, that we are obliged to forgive the brethren who has fallen into “sin” and go on as if nothing has happened; in return, it almost feels like we too are then given a “Get Out of Hell” card, to be used in the future, when we too decide that accountability, principal, and honor are inconsequential or at the very least transitory.  How do you risk your life, to preach holiness and not practice holiness?

I am glad Pastor Saeed Abedini, Jason Razaian, Amir Hekmati, Nosratollah Khosravi, and Matthew Trevithick have all been released from prison, and shall continue to pray for those who are unjustly incarcerated; but I cannot help but feel a bit disappointed over yet another tarnished hope; I shall pray, at the very least for the sake of his wife, that the fire has refined the Pastor. That Is All For Now.