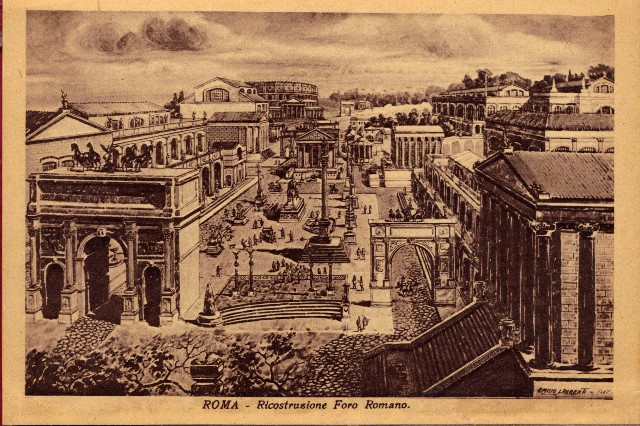 “Peace: a state of tranquility or quiet: such as a: freedom from civil disturbance b: a state of security or order within a community provided for by law or custom 2: freedom from disquieting or oppressive thoughts or emotions 3: harmony in personal relations 4a: a state or period of mutual concord between governments b:  a pact or agreement to end hostilities between those who have been at war or in a state of enmity 5:  used interjectionally to ask for silence or calm or as a greeting or farewell at peace: in a state of concord or tranquility” https://www.merriam-webster.com/dictionary/peace

Recently, I had someone make a comment to me, about what they thought I believed, concerning a ‘hot button’ issue.  Maybe because it had been a long day or because their inference about my feelings, regarding this matter, were so erroneous or perhaps because it just struck a chord; but within seconds of their statement – I feel almost certain we did not let them even finish their sentence, Kate and I immediately began to declare not only where we stood on the matter, but some of the things we are engaged with that “put our money where our mouth is” as it were.

They had perfectly good reasons for having perceived my feelings the way they did; in general, I do not speak about the things I do for others and frankly, it takes a great deal to for me to comment on social media these days, not that I do not, but I certainly weigh the price of my reaction to a meme or article or event. I want peace.

Over morning coffee today, we discussed the Pax Romana; I have always been fascinated by the Pax Romana (27 BC to 180 AD) not just the actual more than two hundred years of peace that the term traditionally refers to, but the notion of what can be accomplished when we live in peace.

“Augustus faced a problem to make peace an acceptable mode of life for the Romans, who had been at war with one power or another continuously for 200 years. Romans regarded peace not as an absence of war, but the rare situation that existed when all opponents had been beaten down and lost the ability to resist.  Augustus’ challenge was to persuade Romans that the prosperity they could achieve in the absence of warfare was better for the Empire than the potential wealth and honor acquired when fighting a risky war. Augustus succeeded by means of skillful propaganda. Subsequent emperors followed his lead, sometimes producing lavish ceremonies to close the Gates of Janus, issuing coins with Pax on the reverse, and patronizing literature extolling the benefits of the Pax Romana” https://en.wikipedia.org/wiki/Pax_Romana

According to Rome, Oxford Archaeological Guides, edited by Barry Cunliffe, the Temple of Janus, no longer stands; though it has been proposed that the north temple, in the Forum Holitorium, is most likely what is left of the building that once housed the two-faced god of boundaries.  During times of peace, the temple doors, or gates of war, were closed, but when Rome was at war, the gates remained open, providing this god with an unobstructed view.

Augustus (Octavian), who ushered in the famed Pax Romana, closing the gates of Janus three separate times, was a man who came to power because of Gaius Julius Caesar’s murder, a man whose life is most assuredly defined by war, and whose death birthed even more violence and mayhem; yet his adopted heir brought about a time of growth, stability, and prosperity in Rome, because she was not at war.

Recently, I have been craving a Pax Romana, a wide spread peace in all aspects of my life.  How about you?

The most obvious source of dismay is of course all of the political bickering, which we do not seem able to escape; it has permeated everything from the news, to entertainment, to social media, and family dinners, and sadly, there seems to be little hope of any of the discord going away.

I seriously cannot believe that today’s latest flair up is not how we, as a nation, should address the little girls, young ladies, and women being kidnaped, tortured, raped, forcibly converted to their captors religious beliefs and sentenced to a life of slavery, at the hands of Boko Haram and ISIS, but rather whether or not it is proper to put your shoes on the couch?

Honestly folks, I think we were all raised with the dictate that your feet do not belong on the sofa, especially if you have shoes on! I do not care if you are the former First Lady or top advisor to the President or just a guest in my home; do not put your feet on the couch – leave your feet on the floor.  But apparently, poor Emily Post, your work has come to naught, because instead of thinking, talking, writing, and creating meme’s about things that are truly impacting our life and the world we live in, we are more comfortable discussing how a lady should sit.  How has this become an issue of concern for our nation and the world?

Since I was a child, I have been an aficionado of the news. I remember watching the stories about Vietnam, Richard Nixon, and the Yom Kippur War when I was in grade school; and turning on Good Morning America, every morning as I dressed for high school. I have always loved CBS News Sunday Morning, starting with Charles Kuralt, through Charles Osgood, and now with Jane Pauley, who by the way is doing an excellent job of filling some pretty remarkable shoes.  I was madly in love with Peter Jennings, and when Charlie Rose was on CBS, in the middle of night, and I could not sleep he was my go to guy, where I could always count on being informed about something – often something that I had no idea I needed to be informed about it – I still turn in to Mr. Rose on PBS, but not with the same joy I once felt or on a regular basis, something which makes me sad.  (Wishing you a speedy recovery Mr. Rose, may God bless you.)

Repeatedly, as I search for peace, I find that instead of checking in with one of the cable news channels or tuning into the national news, I inform myself by reading a few headlines, as quickly as I can before a state of dismay sweeps over me. Will I be forced to exchange being well informed for peace?  It is starting to feel that way, I must say.

Historically, I know that we often say that war brings innovation, funded through government monies, which are not as readily available in times of peace; but while there are certainly things, like synthetic rubber, which were created directly as a result of war, often what I find is that being in a state of war simply improves and/or provides new uses for things that had already been invented. Arguably, the Civil War, in the United States gave everything from the rail road to the telegraph to the camera a more prominent and vital role in the nation, but these innovations were all in existence before the state of war was declared.

There are things, many things worth fighting for and worth going to war over; I cannot imagine what the world would look like today, had it not chosen to fight Adolf Hitler, but not all or even most issues can or should be compared to the atrocities committed by the Axis powers during World War II.

I sometimes feel like we are choosing to live in a state of war because it is easier than the work of rebuilding and repairing the damage done through the state of unrest, which we have been living in for years. War can be a distraction that we over romanticize, to give our life purpose, and to give us an excuse to not address the real issues in front of us.

Pick your issue, any issue – at the end of the day it does not matter what issue we choose to focus on, they are really all the same.

How about education? The current state of the public schools in the United States . . . you can rant and rave about over paid and/or under paid teachers, you can talk about Common Core and new math or revisionary history, or funding in urban area verses rural or suburban neighborhoods, you can scream that the problem is that teachers do not care, or the students are disengaged, or the parents do not care, or that the teachers, students, and parents are all drugged . . . go ahead, make your list, hold your placards in protest marches, boycott and sign petitions, post on social media, make memes, share articles, and by all means go to school board meetings; but when you are done, we are right back where we started.  The vibrato has not brought about a single change that is impacting our students, society, or education, it has only distracted us from the fact we were too busy yelling to actually sit and tutor a child or paint a classroom or ask the teacher what we can do to help our student succeed.  We need peace.

After centuries of war, the Pax Romana ushered in a time of productivity, which we still benefit from today.  The peace allowed for advancements in construction from the use of concrete to perfecting how roads are built to the creation of aqueducts.  It also created an environment where people such as Horace, Virgil, Propertius, Tibullus, and Ovid were free to write and record words that still feed, inspire, and enlighten us.  Peace also brought a time of prosperity with growth in agriculture and exports to the empire; as well as advancements in the laws which impact society and the rights we are allowed to exercise.

The Roman ideals were pietas, (a sense of duty), gravitas, (seriousness of purpose), and dignitas, (a sense of personal worth); do they seem attainable today? Can we live a life of duty, purpose, and worth? I have to believe that we can.  (The World Book Encyclopedia, World Book, Inc., 1985)

I am most assuredly, obviously, in favor of free speech and self-expression; but I truly believe that it is time to act. That Is All For Now