“On reaching Jerusalem, Jesus entered the temple courts and began driving out those who were buying and selling there. He overturned the tables of the money changers and the benches of those selling doves, and would not allow anyone to carry merchandise through the temple courts. And as he taught them, he said, “Is it not written: ‘My house will be called a house of prayer for all nations’? But you have made it ‘a den of robbers.’”

Disclaimer: We have a wonderful month of reading, planned for you this July, as we mark our tenth anniversary. However, this article is most likely not for you, as it is written for a targeted audience; unless you are in the “business” of spreading the light of the Good News. Yes, I know that all Christians are tasked with the job preaching the Gospel, but I am not writing to or for them this month, but rather to those how are actually responsible for how the church is or in my belief, is not functioning. 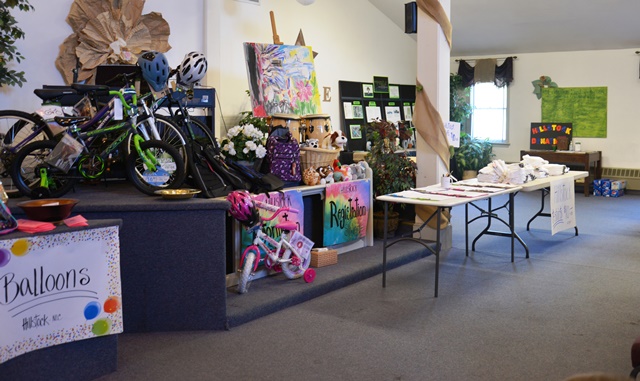 After having climbed the steps, into the church, we were visiting; I was greeted by a table, manned by someone selling something, for a good cause. Sadly, I am used to that in church. But when I walked into the rather large sanctuary, I was taken aback by the clutter.

Yes, there was also a good reason, in the church’s opinion, to fill the area at the altar with soda bottles, toys, and backpacks, it was all things the church was planning to give away, in an upcoming community event. I am sure the pastor thought, look let me encourage you with what we have already procured, you can do more, we still need a few more cans of soft drinks and a bike or two more would be great; but with such a large church building, did the loot have to be on what I refer to as the altar/platform – he called it the stage.

Perhaps, I would have felt different if the altar had been bursting with Bibles or tracks or even music, that was going to be passed out, during the upcoming event, or if the pastor had said I want us to gather together and pray over these objects, that they may be anointed and serve as instruments of God’s love toward the community; instead he mentioned that someone in the church had asked if they too could register to win a bicycle, and he said yes.

(Let me add, that not for one second, do I have an issue with the person who asked if they could enter the bicycle drawing. I can well imagine how difficult it must be for the parishioners of that church, who cannot afford to buy their children a bicycle, to sit in service after service, seeing the toys strewn about the pulpit, and hear their children say what about me mom, can I win a bike?)

As I tried to make excuses for the things covering the pulpit, I still could not find any way to explain the table, selling t-shirts, on the right side of the altar. For a second, I did feel grateful, that it was not actually on the altar, but it was blocking a portion, of the place, where people should be going to pray and not conduct business.

I turned my attention back to the song service, being led by I am a sure a well-meaning, middle aged woman, daughter of the pastor, who grew up in the church, and was nevertheless standing on the pulpit in such skin tight jeans, that she reminded me of one of Kate’s boss explaining to me a vulgar term, that I will not use here, that men think of when seeing this kind of display, of even covered flesh. I did not want to think of that either, I turned my head around, and saw a familiar family, took a deep breath of relief, and then when I looked forward again, the scripture that came screaming into my mind was Jesus overturning the moneychangers tables and throwing them out of the Temple; an exchange that appears in all four Gospels – I was not alone.

I wanted hope, I wanted some narrative that at the very least acknowledged the violation of the sanctity of the pulpit, instead two senior officials, of the church, I know this because the pastors wife, turned around to tells us who they were, rode two of the bicycles, to much applause, in front of the pulpit and the pastor. It really was all about those much coveted and celebrated bikes.

I was left thinking that I suppose we do not think the message Christ preached is sufficient to change lives, so we pepper it with a “chance to win” a free bike. How will a bicycle ever change a person’s life?

My mind does wonder; and thus I considered the person without transportation, who could use a bicycle to go to and from work, that could be life changing; but these were mostly children’s bicycles, which stood next to basket balls and stuffed animals. Where was Jesus in this muddle of materialism and idolatry? If this was supposed to be God’s house, where might He find a seat and footstool, on that pulpit, in all of the mess?

Community outreach is wonderful; and free food and toys are great. I do not know how you can tell a person, with a growling stomach, that Jesus loves them, and expect them to focus, on what you are saying. However, there is a difference between offering alms and making the house of the Lord into a house of commerce.

During that service, there was so much mention about the “things” including a live commercial, with a t-shirt clad model, that were either for sell or had been collected or they were still in need of; and so little talk about how Christ was the answer. Has the church forgotten about Philippians 4:19? “But my God shall supply all of your need according to his riches in glory by Christ Jesus.” What about “If you believe, you will receive whatever you ask for in prayer.” Matthew 21:22

Repeatedly, we are reminded by everything from the evening news, to social media, to the people we interact with, that the world finds itself in a time of deep despair with a spirit of hopelessness that bears fruit in everything from rampant fundamentalism to a rise in addiction – both leading to death, often by suicide whether intentional or accidental.

There is not a single person going to their death, in an act of terrorism, for religious reasons, that has not been fully convinced that their death, in such a manner, will lead to a glorious eternal life; nor is there a single person, injecting, swallowing, or snorting an opioid who does not believe that the high they are about to experience will alleviate their pain, agony, hopelessness, and despair.

The church should be able to offer a broken and hurting people an answer to their heartache; but instead it lies flaying like a fish out of water, fighting to breath. Why?

I believe that when we are struggling, in the darkness, that what we want is light. We do not want a muted, dim candle that can be extinguished, by the slightest breeze, but rather a bright, bold, intense light that will illuminate our path and shine through whatever storm approaches!

There are people who find that light in the work they do, or in taking care of their families, or in their diet and exercise routines, or protecting animals, or the environment, or raising money for charitable groups, or volunteering in a worthy cause, or tending their garden, or traveling . . . ; if there is anything true today, it is that we live in an era of choice, at least for those of us not living under a repressive government, where our thoughts and actions must conform to someone else’s standards. Nevertheless, for so many, the world they live in is without light or even the hope of light.

If you claim to be in the “business” of spreading the light of the Good News, then you had best step up to the plate, because not only is the clock ticking, but the people walking into churches, looking for light, are leaving in darkness!

We need to stop being ashamed of the Gospel. If we believe that the Bible is God’s inspired Word and that it provides us with the answers we are seeking, offering us a way to live our lives, and the way to eternal life, then that needs to be the message preached in our churches. Instead of trying to appease people or fill up the benches or the coffers, what about speaking truth with boldness and rededicating the Sanctuary to God. That is all for now.

“When it was almost time for the Jewish Passover, Jesus went up to Jerusalem. In the temple courts he found people selling cattle, sheep and doves, and others sitting at tables exchanging money. So he made a whip out of cords, and drove all from the temple courts, both sheep and cattle; he scattered the coins of the money changers and overturned their tables. To those who sold doves he said, “Get these out of here! Stop turning my Father’s house into a market!” His disciples remembered that it is written: “Zeal for your house will consume me.”

“When Jesus entered the temple courts, he began to drive out those who were selling. “It is written,” he said to them, “‘My house will be a house of prayer’; but you have made it ‘a den of robbers.’”

“Jesus entered the temple courts and drove out all who were buying and selling there. He overturned the tables of the money changers and the benches of those selling doves. “It is written,” he said to them, “‘My house will be called a house of prayer,’ but you are making it ‘a den of robbers.’”

As always, my thanks to Biblegateway: https://www.biblegateway.com/