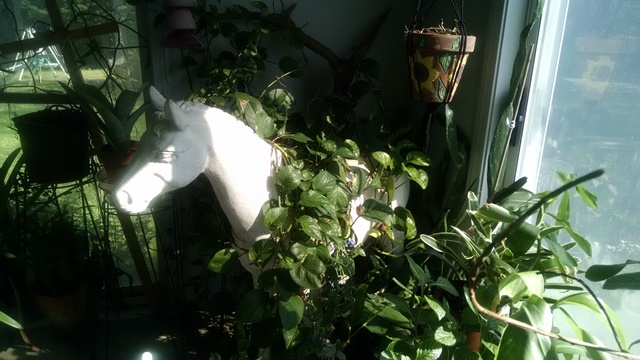 “We’re alike. I, too, believe that everyone should have a chance at a breathtaking piece of folly once in his life. I was twenty when they said a woman couldn’t swim the Channel. You’re twelve; you think a horse of yours can win the Grand National. Your dream has come early; but remember Velvet, it will have to last you all the rest of your life.

. . .Win or lose it is all the same, it is how to take it that counts and knowing when to let go, and knowing when it’s over, time to go on to the next thing. Things come suitable for the time, enjoy each thing and then forget it and go on to the next thing. There is a time for everything. A time for having a horse in the Grand National, being in love, having children, yes even for dying, all in proper order at the proper time.”

I believe that it is irrefutable that we live in an age of internal conflict, of epic proportions; so much of what once easily defined us is being challenged and the ideas we once took for granted, at least collectively, are falling by the wayside, as if they were dominos lined up to tumble with the slightest tap.

For example, we once used to believe that the clergy was all but infallible, and I am in no way speaking about the countless individuals who through tragic personal experience, learned long ago that being in the clergy, for so many was just a job and not a divine vocation. Growing up, while I may well have been aware that there were doctrinal differences, if I knew a person was in “ministry” I automatically felt that they could be trusted. I also would never have imagined that school teachers were or would have sexual relationships with the children that had been entrusted to their care. Nor, though one certainly heard more stories about the “bad apples” would I have considered that police officers would engage in illegal activities.

But today we now know that there are people who take jobs as coaches or team doctors simply to be able to hurt children, and it is no longer just isolated stories or exceptions, that people use the power they have, to give others a way to earn a living, to force those souls into unwanted and degrading sexual situations; and none of us in the United States now believe that politicians are beyond using their position, to seek financial and sexual gains. It makes me sad that this is the world we live in, maybe it always was, and I was just living in a bit of a fairy tale; but I do feel that over my life time, I have seen a change, and not one for the better.

So here we sit in a much more cynical world, where people “do not do unto others, as you would have them do unto you, and do not love their neighbors as themselves, and do not put others before themselves”, and where there is this general feeling of everyone looking out for their own agenda. Gratitude and civility seem like antiquated notions and all we do is complain that we are not getting the respect we deserve or the creature comforts others have, who have earned them through their hard work.

For me, at least, I find these days rather sad and a bit hopeless; stirring me, more often than not, to turn away from the news, social media, and even the offerings on television. Recently, the heavy handedness of the world, sent me searching for something I could walk to, on my treadmill, that would not either make me sigh in sorrow, at the quality of “entertainment” or cry in despair, at the reality that seems to currently define the human condition.

I came upon National Velvet, a DVD that I had purchased for my Mother, but had not sat with her to watch. I must have seen this movie, as a child, but I had no memory of it; yes, I looked it up on Wikipedia, ten minutes into it, to make sure that it had a happy ending; I could not bear the thought of a tragic end. Oddly, Kate, who usually does not care about such things, asked me if the film ended well.

The writing truly is spectacular; the author manages to fill her pages with a cast of well-developed characters who are living in the present and savoring a life, which may appear, for most of them, rather small, but in fact is as grand as life can or should be.

As I watched the movie, mostly set in an idyllic, small town where everyone knows each other, I thought about my Christmas village, and how in it, I get to create a “perfect” world. The streets and neighborhoods are all lovely and the inhabitants are joyful, interacting with cheer with one another. I so wish I could live in my village; but sadly, I cannot. So what can we do? Is there any hope?

Yes, you already know that I am Christian, and that my faith is the most important element in my life; but unfortunately, being and/or interacting with Christians is not enough to create love, peace, beauty, wonder, joy, or any of the rest of those ideal moments that I would like to live in; our faith meets one set of needs, but we are still on earth, and need earth to be welcoming, while we are here – how do we find the love, peace, beauty, wonder, joy . . . that make life palatable?

I think the answer is in people; but my question is not rhetorical. I believe as difficult as it may be, we must search for the like-minded soul; and pray God has mercy on us, and send one or two our way. Also, I think we need to stop and smell the roses, when they are in bloom, and not lament that their season has passed; not an easy habit to master.

As I thought about appreciating “the moment” I recalled this weekend, in the pool with my niece and her family. Her husband was holding their youngest son, who is closer to three years old than two; when he noticed the cement horse, on the deck.

The horse was given to me by Jean, a dear friend, from our neighborhood in Florida. Jean had been given the horse by another neighbor, when he moved, making her promise to dress him up seasonally. After her husband and best friend died, Jean became ill and decided to sell the house and move in with one of her children; one of the last times we saw her, I asked her about what she was going to do with the horse, which sat outside on the retaining wall. Jean looked at me, checking me out in a way she had never before, and stated that she was looking for a good home for the horse. My eyes must have lit up, because she next asked: Would I give the horse a good home?

Jean proceeded to tell me the story of the horse, and what was required of me, if I took him. I felt certain I could keep the horse happy, and brought him, with a bit of work, as he is quite heavy. He lived on the front patio until we bought the house in Maine. When we moved north, my nephews-in-law came to help us unload the truck, including the father of my great-nephew, who had just discovered the horse.

Enoch was memorized, by the horse, and his father took him to the edge of the pool, where Enoch got out, and walked over to the horse. Starring at the horse for a few seconds, Enoch decided it was safe to approach, and went over and began to pet the cement horse, eventually giving him a gentle kiss. The moment was past precious and filled with love, peace, beauty, wonder, joy . . .; everyone in the pool stopped and took notice, how could we not, but I also looked at Enoch’s father, who watched his son with those love filled eyes.

I thought back to the day that the nephew-in-laws had kindly struggled with the impossibly heavy horse, and humored me while I figured out exactly where the horse would be happy; and I wondered if he ever imagined that his son would one day so enjoy the fruits of this labor?
.
It is those moments, and we must seize them and hold on tight. Perhaps love, peace, beauty, wonder, joy . . . are fleeting, only last for a moment, but I think I must resolve to find more moments! That Is All For Now