The Day the Earth Tuned Out 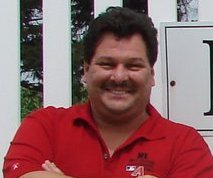 I wouldn’t say that I remember it “clear as day” because it’s been 37 years, but I’m pretty sure I can just about pinpoint the year and the invention that caused us as a society to tune out.

Fast forward quickly to today and look what we have: the proliferation of the Internet gives us near unlimited access to information on a scale never known before. In our hands we carry a device that does things so miraculous that 400 years ago we would have been burned at the stake for uttering the words “Siri, where is the best New Mexican food in Phoenix?”. Imagine the looks on the faces of the Puritan judges of Salem as Siri replied in her rather enticing Australian accent, “Why Gecko, you make the best New Mexican Food in Phoenix.”

“To the irons with thee, then to the river for the duck test!!”

Rewind. In 1979 I was a freshman in High School in Albuquerque, NM. Like many schools there existed two primary cliques, the Freaks and the Jocks. Being that I was completely useless at pretty much every sports program offered, I fell into the Freaks category which isn’t entirely a bad thing. The Freaks consisted mostly of outcasts, stoners, artsy kids, brains, some nerds and those of us who believed there was more to life than High School. In fact, only a year or so later I would meet my wife Alycia, while hanging out with the other Freaks, at “the Wall”; our designated hang out spot.

I remember quite clearly the day when one of our fellow Freaks – we’ll call him Wayne – walked past us comrades with these strange, spacy looking orange foam headphones, bobbing his head side to side clearly listening to music that none of us could hear. I believe someone called out his name but he just kept walking to class unimpeded, not taking notice of our stunned faces.

Looking back, I imagine the scene of us Freaks glancing at each other thinking “what’s up with Wayne?” must have appeared like Meerkats throwing their heads side to side wondering if there’s a lion in the grass.

What were those things? How do we get some? Most of all, what was Wayne listening to? Freebird? Zeppelin? Steely Dan? Rush? Inquiring minds needed to know! Why would Wayne not talk to any of us? Why were they orange?

Earlier that summer Sony had released the Sony Walkman. The Walkman played cassettes and actually had not one, but two headphone jacks so you and a buddy could listen to whatever music you wanted. Unfortunately, the headphones only had a 3-foot cable so you and your buddy better be pretty close friends and walking in the same direction.

Why was this a break-through? For one simple reason: it allowed you as the wearer to tune everything and everyone out. You no longer had to listen to what someone else wanted on their static-filled AM radio or the Radio Shack stereo in their basement with the penny taped to the top of the needle. It was portable and you no longer had to be social.

I don’t blame Sony for what happened next. All they did was make a product. But like so many pieces of technology today, products get released before we as a society are able to develop protocols – let’s just call them what they really are, manners – for using them in a social environment.

The Walkman taught us that is was okay to shut out society. That it was okay to sit in a doorway or stay in our rooms alone and be entertained. We didn’t have to pay attention to anyone else or converse with our friends and family. It became acceptable to be “that guy” with the funky orange headphones staring into space and bobbing your head to “Don’t Stand So Close to Me”.

The ramifications of the Walkman can be seen just about everywhere today. Take Social Media, for example. It’s not terribly social when you consider there’s an entire generation who limit their communication with one another to 140 characters or selfies on Snapchat. Facebook, with all its positive intentions, in some cases becomes Judge, Jury and Executioner with devastating and hurtful results.

Unknowingly the Walkman gave birth to the notion of immediate gratification. A philosophy and a behavior that today has deeply embedded itself into the fabric of our global society. Its roots run deep and the fruit is very sour, indeed.

In the summer of 1979 we changed and there was no going back. It was the year that “We” became “Me”. Truly the ghost in the machine.