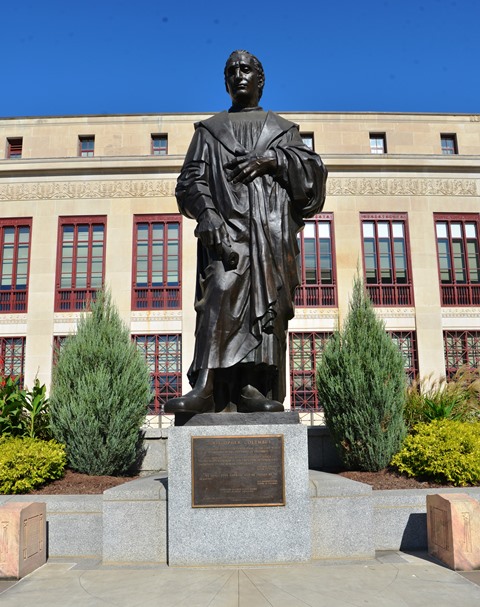 It is my understanding that this statue of Christopher Columbus, in Columbus, Ohio,  has been removed; I am so glad I took the time to photograph it, when I did.  The monument has fallen prey, like so many cultural elements in our history, to a mob rule, which seeks to rewrite the past, making it more palatable to members of our society in 2020.

I find this systematic destruction of our past, rather sad and very concerning.  I cannot help but wonder who will next be eliminated from our story.

On October 12, 1492, Christopher Columbus arrived in the Americas; and while many no longer consider that an accomplishment worth celebrating, we still believe the achievement should be noted and are still against revisionary history.  Thus we wish you a Happy Columbus Day!

“Celebration of Christopher Columbus’s voyage in the early United States is recorded from as early as 1792. The Tammany Society in New York City (for whom it became an annual tradition) and the Massachusetts Historical Society in Boston celebrated the 300th anniversary of Columbus’ landing in the New World. President Benjamin Harrison called upon the people of the United States to celebrate Columbus’s landing in the New World on the 400th anniversary of the event. During the anniversary in 1892, teachers, preachers, poets and politicians used rituals to teach ideals of patriotism. These rituals took themes such as citizenship boundaries, the importance of loyalty to the nation, and the celebration of social progress.

Many Italian-Americans observe Columbus Day as a celebration of their heritage, and the first such celebration was held in New York City on October 12, 1866. The day was first enshrined as a legal holiday in the United States through the lobbying of Angelo Noce, a first generation Italian, in Denver. The first statewide holiday was proclaimed by Colorado governor Jesse F. McDonald in 1905, and it was made a statutory holiday in 1907. In April 1934, as a result of lobbying by the Knights of Columbus and New York City Italian leader Generoso Pope, Congress and President Franklin Delano Roosevelt proclaimed October 12 be a federal holiday under the name Columbus Day.

Since 1971 (Oct. 11), the holiday has been attributed to the second Monday in October, coincidentally exactly the same day as Thanksgiving in neighboring Canada since 1957. It is generally observed nowadays by banks, the bond market, the U.S. Postal Service, other federal agencies, most state government offices, many businesses, and most school districts. Some businesses and some stock exchanges remain open, and some states and municipalities abstain from observing the holiday. The traditional date of the holiday also adjoins the anniversary of the United States Navy (founded October 13, 1775), and thus both occasions are customarily observed by the Navy and the Marine Corps with either a 72- or 96-hour liberty period.” 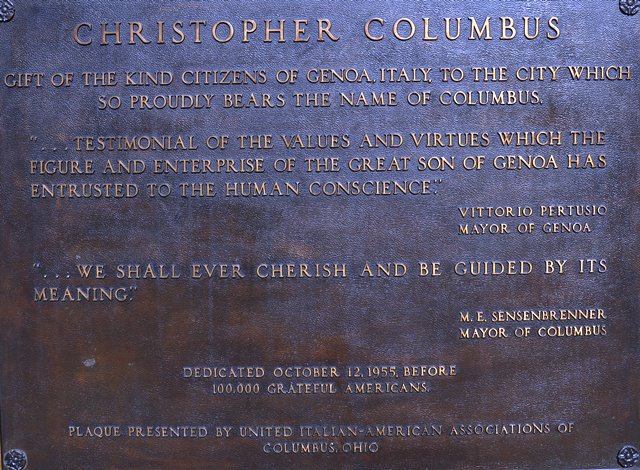