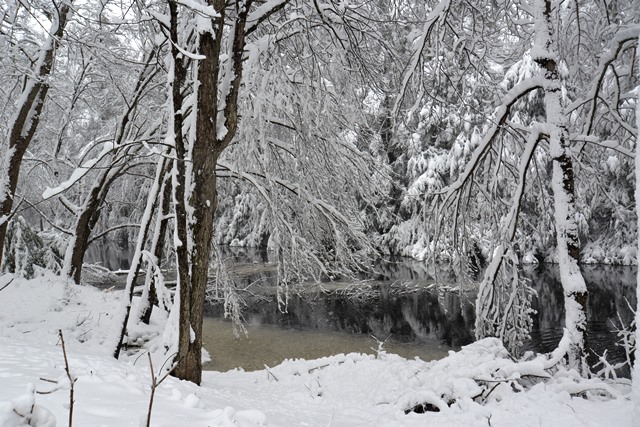 I have been battling a cold, grateful it is not the flu; but last night I took two Cold-Tylenol’s; normally I am a pretty light sleeper, but when the fan went off and the alarm began to sound, I refused to open my eyes. It was 3:30 in the morning, and we had lost power. 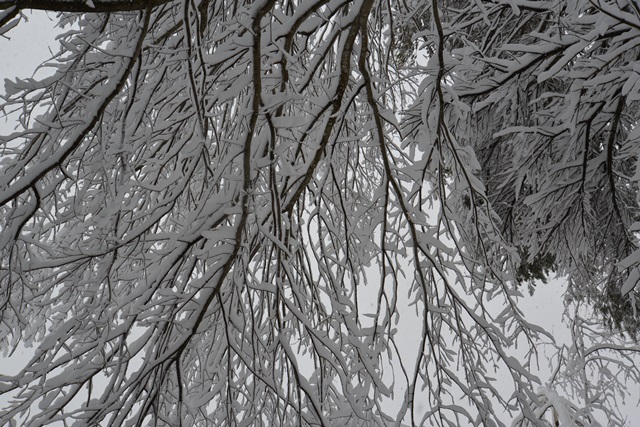 The silence and darkness demanded that I not only open my eyes, but get out of bed and do the obligatory walk through, the house. Kate was already in my office, feeding the wood stove, we peered out the windows, the snow fall seemed significant; we reassured each other that our preparations for the storm had been sufficient, though in truth they never are, and decided to go back to bed. 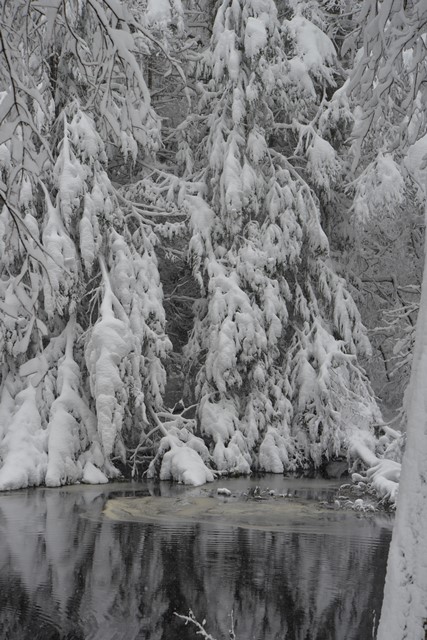 This morning, we woke up to a house still without power, and a yard filled with snow. We had been so excited about the fact that all of the snow and ice, in our yard, had melted, we are ready for spring; but apparently it is not quite ready for us. 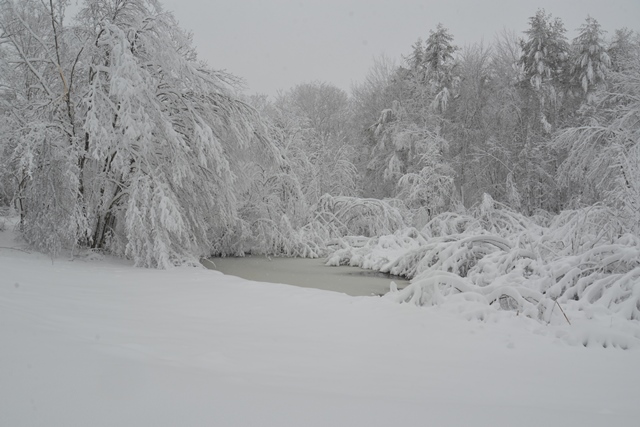 Yes, I will concede, perhaps kicking and screaming a bit, the snow covered world, with its ice laden branches, is or can be perceived, at least by some, as . . . beautiful. 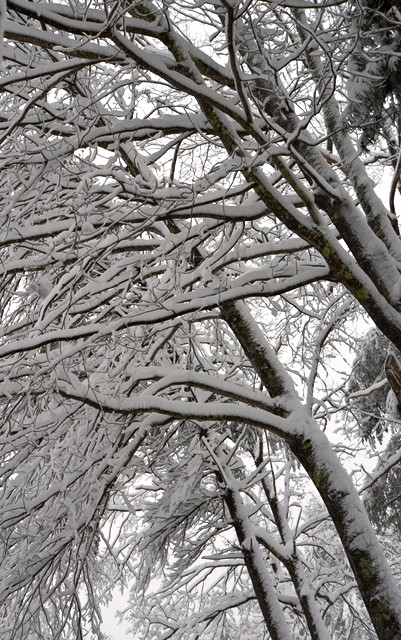 I decided to take a few pictures for you, I was not going to leave the porches, but I gave in to the temptation and stepped out a bit further than planned. 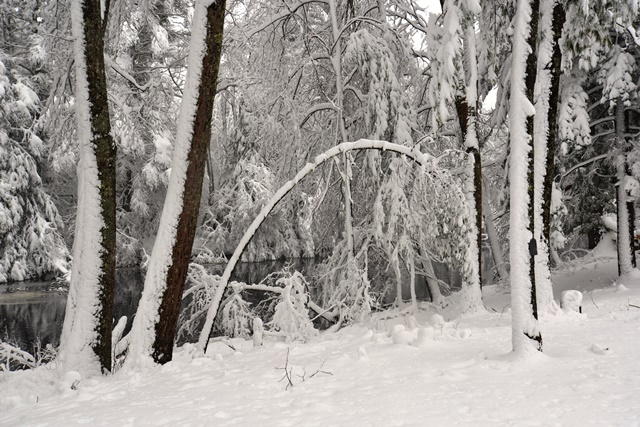 Half the family is still without power, but our power has returned; thus I am now praying their power returns or the streets clear up enough for them to drive. Those of you in sunny Los Angles, enjoy the view, from a distance! 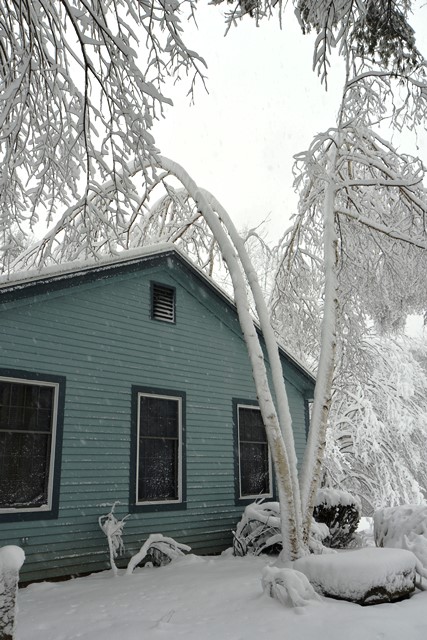