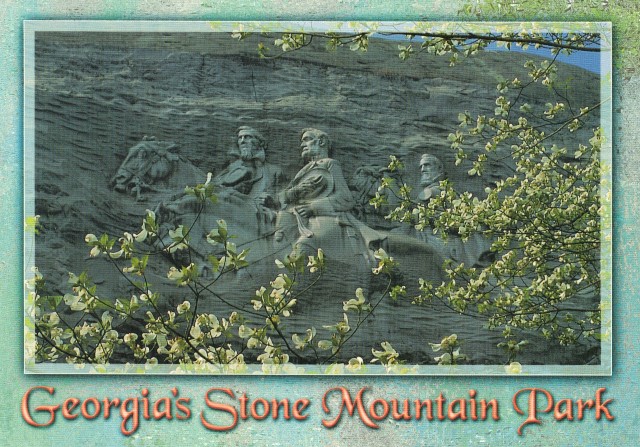 Let me start by saying that regardless of what those who initiated this project may have desired, the result, as it stands today is a work of art, worth the detour.

While American man-made wonders are not as ancient, as in other parts of the world, they are no less impressive, at least when viewed from this pair of eyes.

I no longer remember where I first learned about Stone Mountain, I think it was when we went to Mount Rushmore, which led to some reading about the sculptor, Gutzon Borglum, who initially began working on this monument to the South, before heading to South Dakota.

Located in Georgia, Stone Mountain is “the largest exposed mass of granite in the world,” upon which is a carving of Stonewall Jackson, Robert E. Lee and Jefferson Davis, all mounted upon their favorite horses, they were the leaders of the Confederate States, during the American Civil War; it is the largest bas-relief in the world.

Conceived before Mount Rushmore, the United Daughters of the Confederacy hired Gutzon Borglum the man who would later execute most of the work on Mount Rushmore, he would not finish the job, but rather it would pass on to Augustus Lukeman, then to Walker Hancock, and finally Roy Faulkner who finished the project in 1972.

Not too long ago, we had the opportunity to revisit Stone Mountain with friends in tow, rushing to make into what is now an amusement park, before it closed, we actually ended up crashing a party, which led to one of the most pleasant evenings I have experience on the road.

As the skies darkened, Kate heard other guest talking about the laser light show, and though our party was most assuredly hungry, we put aside our famished state for a few minutes, and were amply rewarded.

The show was spectacular! Accompanied by perfect music, every step of the way, the show takes the audience through the history of America, paying due respect to both those moments we take pride in and those which cause us to shed a tear.  Born in Ohio, I am a Yankee all the way, but when the sculpted figures, through the magic of technology surrender, to end the Civil War, sword broken, honor in tack, I was truly moved; especially because of this moment arises the re-birth and unification of the United States of America – very powerful and I could not more highly recommend a visit to this monument and show.

By the way, I took particular delight in the fact that the show quite literally highlighted the stops we had made on that particular trip, from Portland Head Light, to Plymouth Rock, to New York City, and Philadelphia . . . on it went 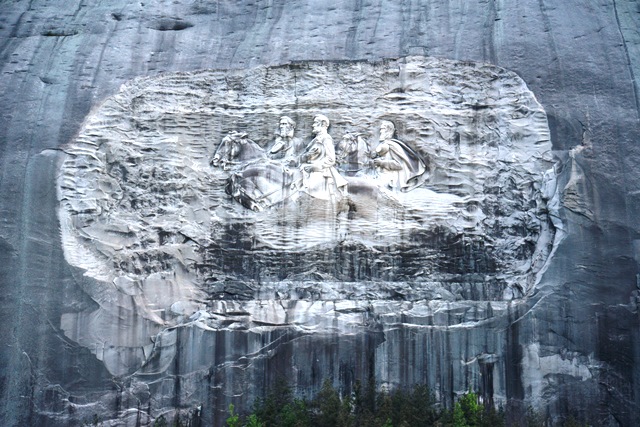 Photos on post card by Steve Yost, other picture by yours truly 😉