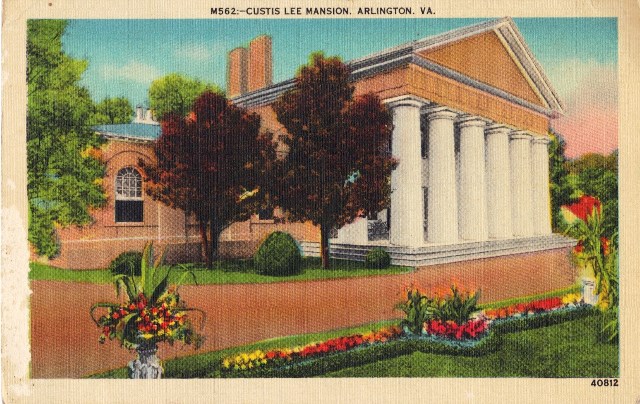 Am having a great time. Leaving tomorrow about 9.  Don’t know if well go straight through without stopping or not.

The card with its sharp 1 cent stamp that reads United States of America, Industry Agriculture for Defense, is of the Curtis-Lee Mansion, in Arlington Virginia. It is addressed to Mary Jenkins of South Carolina, and sent five months into World War II.

On the back of the beautiful linen card with its bursting colors, it states: “The Curtis-Lee Mansion, in Arlington, Va., was the home of George Washington Parke Curtis, adopted son of Washington. It was afterward the home of Colonel Robert E. Lee, whose wife was Mary Curtis.  During the Civil War the Arlington Estate became a military cemetery.  The Mansion is preserved as it was in the days of Curtis and Lee.”

What it fails to mention is that is a post card from the Arlington National Cemetery – perspective is everything. 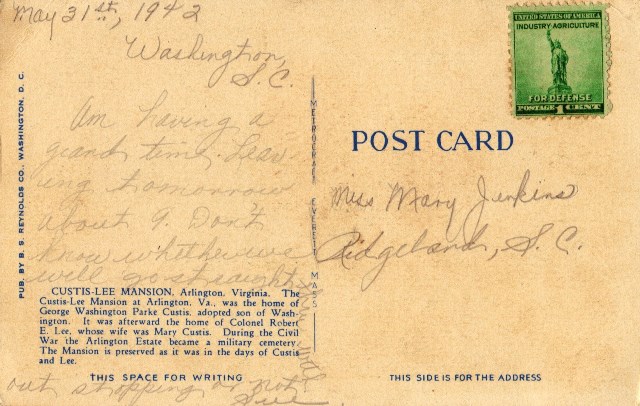