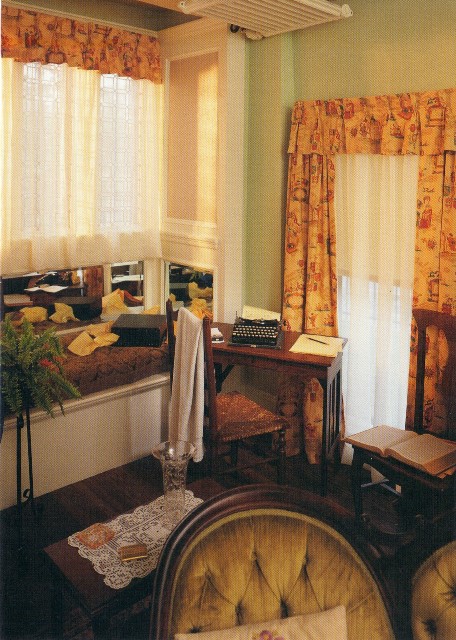 (The typewriter where Gone With the Wind was written!)

There are stops that I make because of other people, this was one such stop. My sisters both loved this book, and thus when an opportunity presented itself, to expand my knowledge of the author, I of course did not resist.

Ms. Mitchell was quite impressive, not only as a writer, who truly managed to capture a piece of Americana, but as a woman and community activist. The more time I have spent in Atlanta, the more my appreciation for her and her work has grown; so much so that the Fox Theater, pictured in Film’s Recommended by Marcial, is actually the theater where Gone With the Wind premiered; by the way, it is across the street from the hotel where the actors stayed, for said primer – and yes, we had occasion to spend the night at The Georgian Terrace, and did!

A Biography from their Web Site:

“Margaret Mitchell was born in Atlanta, Georgia, on November 8, 1900. As a child, she was fascinated by the Civil War stories she heard from Confederate veterans. The imaginative girl wrote, produced, and directed plays, casting her friends, and inviting the neighborhood to the porch performances.

Mitchell entered Smith College in the fall of 1918 but soon suffered major setbacks. First, she received news that her fiancé, Clifford Henry, was killed in action in World War I. The following January, her mother died during a flu epidemic. Mitchell left college to take charge of the Atlanta household of her father and her older brother, Stephens.

After making her debut, the free-spirited Mitchell scandalized Atlanta society by performing a provocative dance at a debutante ball. Two years later the headstrong flapper married Berrien “Red” Upshaw, an ex-football player and bootlegger. Financial pressures led her to begin writing for the Atlanta Journal Sunday Magazine where she earned $25 per week. Their stormy marriage ended in divorce in 1924. Within a year she married John Marsh, a former suitor and an editor at the paper. Soon after, Mitchell left her job to convalesce from a series of injuries. During this period she began writing the book that would make her famous.

Gone With the Wind was published in June 1936. Mitchell was awarded the Pulitzer Prize for her sweeping novel the following May. It was made into an equally famous motion picture starring Vivien Leigh and Clark Gable. The movie had its world premiere at the Loew’s Grand Theater in Atlanta December 15, 1939.

Following the publication of Gone With the Wind and the release of the motion picture, Mitchell had the financial resources to support philanthropic interests, including numerous social service organizations in Atlanta and medical scholarships for Morehouse College students. During World War II, the U.S.S. Atlanta sank during battles off Guadalcanal. Mitchell led war bond drives for funds to build a replacement ship, raising $65 million in only sixty days. She christened this U.S.S. Atlanta in February 1944.

On August 11, 1949, while crossing the intersection of Peachtree and 13th Streets, Margaret Mitchell was struck by an off-duty cab driver. She died five days later and was buried in Atlanta’s Oakland Cemetery.” 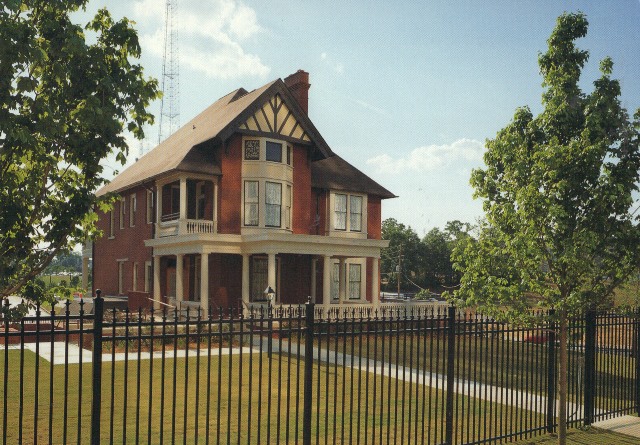 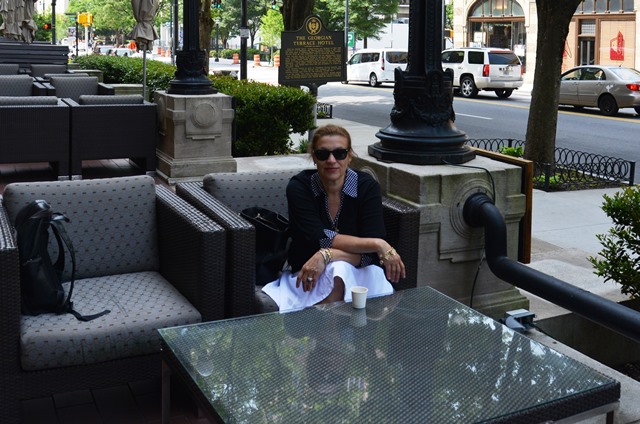