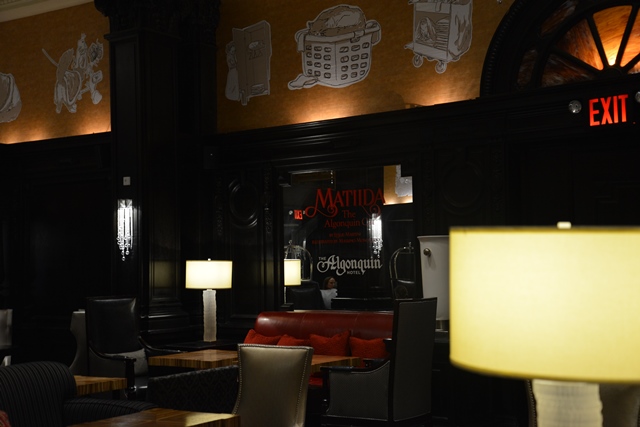 Though the hotel opened in 1902, it would be a few years later, till it entered literary lore. “In the summer of 1919 a group of writers met in the Pergola Room for a party and came to have lunch at the Algonquin every day for the next ten years. Frank Case moved them out into the main dining and the world was introduced to the Vicious Circle.”

For me, my interest in the Round Table was not so much about the individuals who gathered at the Algonquin, as the notion of getting together with writers, journalist and adventurers, to share a meal and enjoy each other’s conversation.

When the opportunity presented itself, I could not resist checking into the past; the hotel has done a fine job of preserving its historical and literary elements. 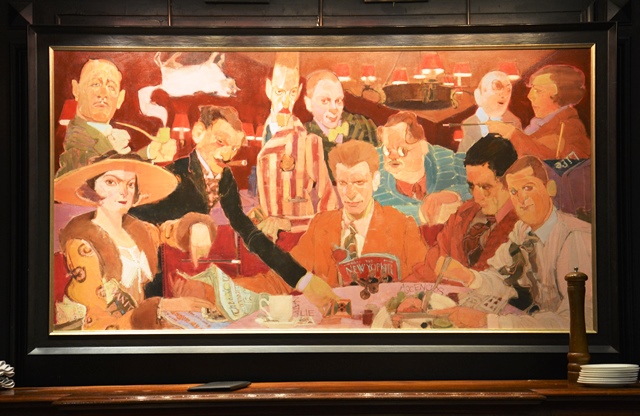 There was a complimentary copy of The New Yorker, waiting in the room, that in all honesty was rather tiny; but I did not care I was not staying at the Algonquin for the amenities, rather the history.

“In 1925 after winning a handsome amount of money in a poker game against other Round Table Members, Harold Ross finances and creates The New Yorker.” 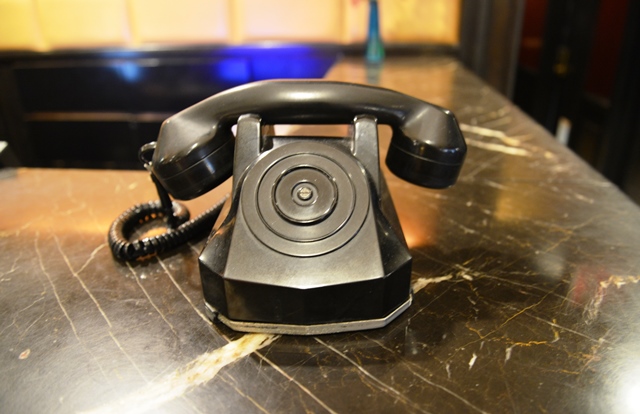 Can you imagine the conversations this telephone has been privy to? 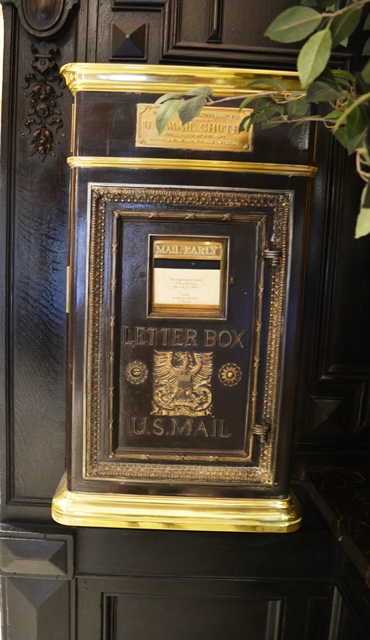 The Letter Box — yes, I dropped a few postcards into this box. 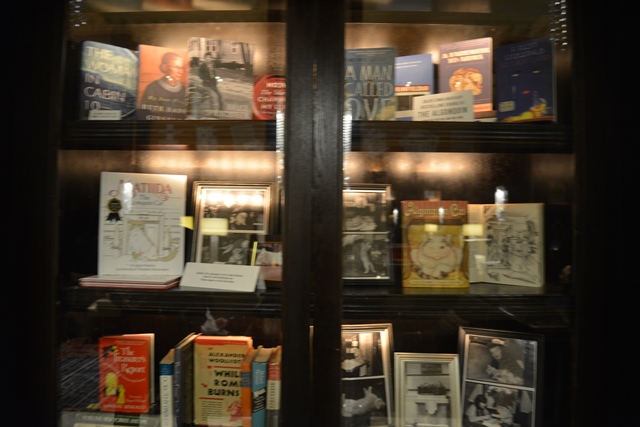 What matters, at least to some of us. 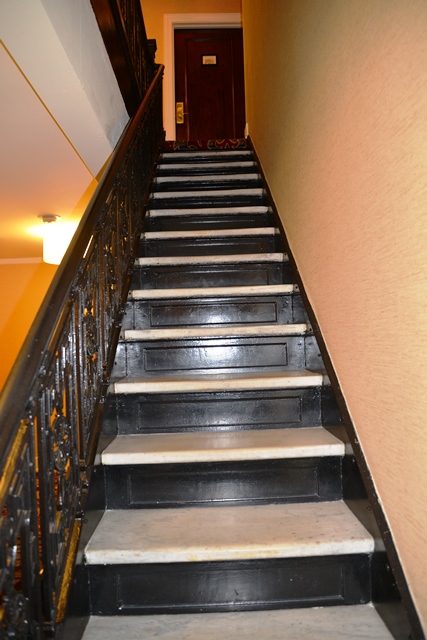 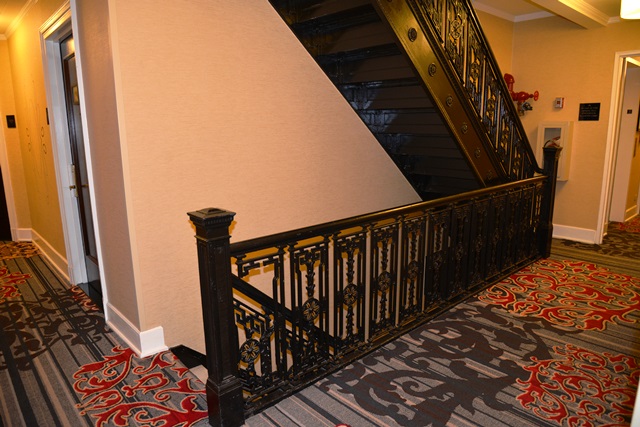 with all of their detail. 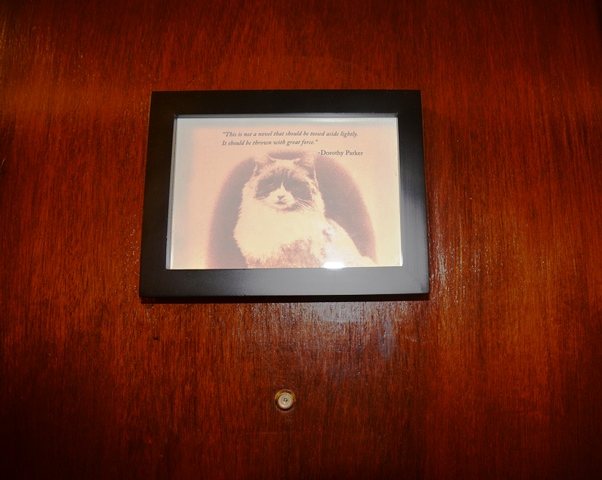 “This is not a novel that should be tossed about lightly. It should be throne with great force.”

Each room welcomes you with words from previous guest. 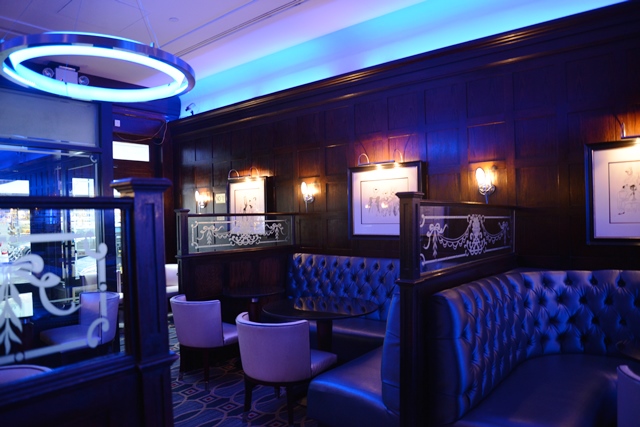 “When prohibition ends (1933) Frank Case reopens the bar in the hotel. John Barrymore convinces Frank to place blue gels over the lights as one looks more attractive under such lighting.” 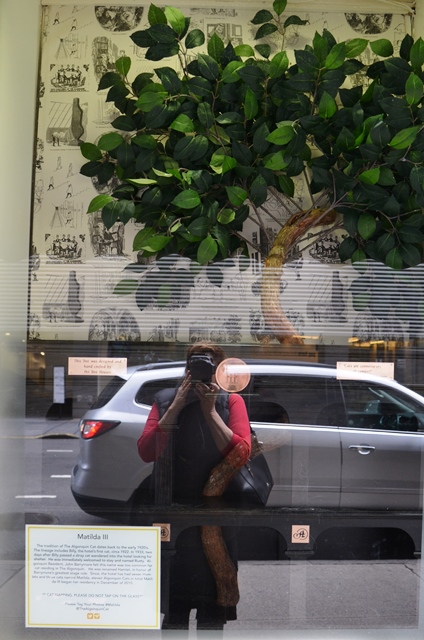 I was trying to take a picture of the Algonquin cat; the first cat, Billy moved into the hotel in 1923. 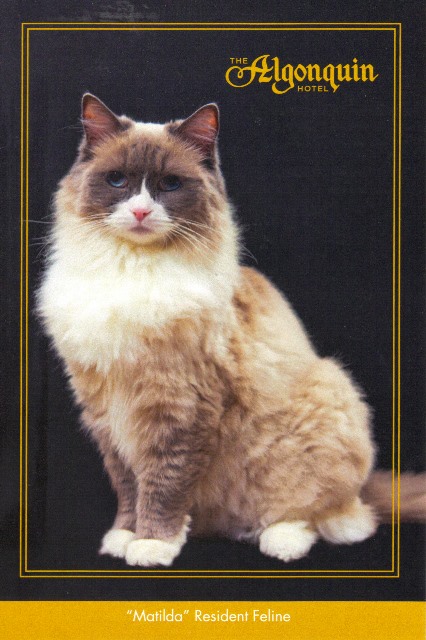 A postcard, provided by the hotel, of the cat, Matilda — thank you Algonquin! 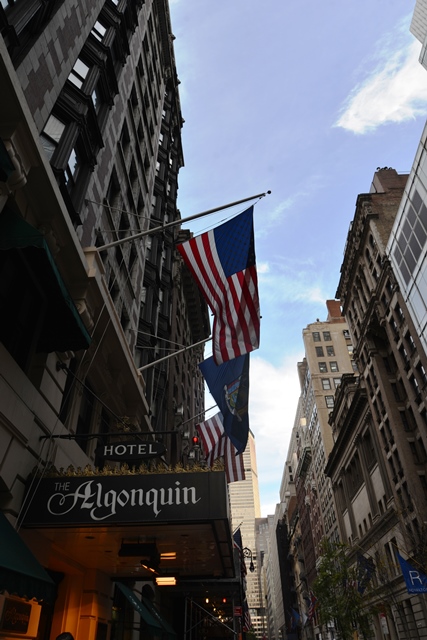