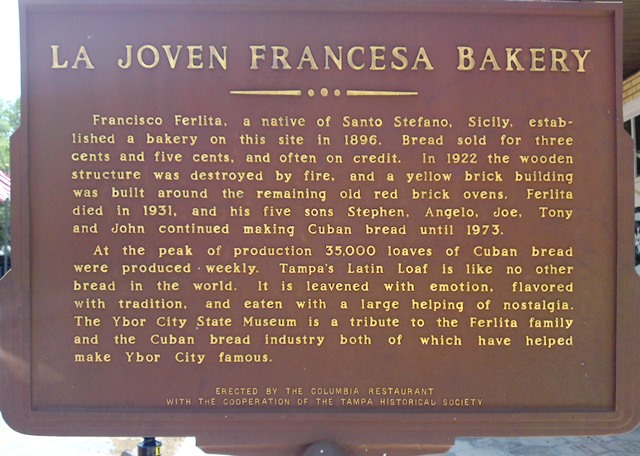 This is where I was supposed to have been born; my parents were living here when my maternal grandfather passed away, and my Mother flew to Columbus, Ohio, for the funeral. While there, she went into labor and I was delivered at The Ohio State University, instead — apparently in certain circles, my claim to fame, along with millions of others. I must admit that I drove by the house my parents were living in, and was none too impressed. However, Ybor City, located in Tampa, Florida, still holds a very special place in my heart.

Most Cubans who fled Fidel Castro, began their life in America in Miami, my parents went a bit further north to the Tampa area; where much to my Mother’s dread, my Father got a job working in one of the Cuban Clubs, dealing cards and waiting on tables.

He made a decent and honest living, but my Mother always said she had married a man called to ministry, not to a club life.

The Cuban clubs, like the Irish, Polish, and Italian . . . ones that came before, were a place for the community to gather and reconnect, preserving their past while trying to find their way in a new country; as well as serving as mutual aid societies.

The Ybor City Museum State Park covers a small block and includes several buildings and outdoor exhibits that are worth seeing, especially if you have even an ounce of Cuban blood in you! 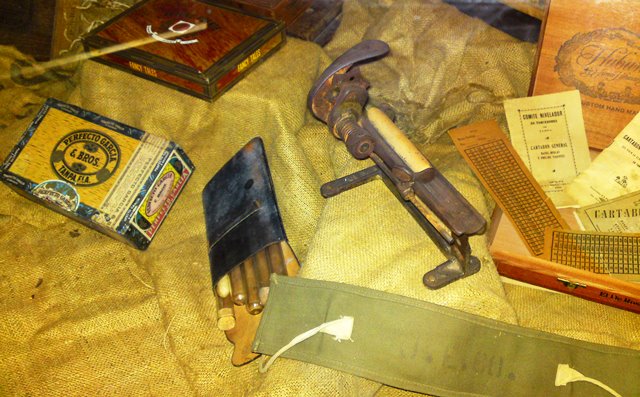 This is an area defined by the Cuban immigrants who came to the United States, and mostly worked in the cigar industry. 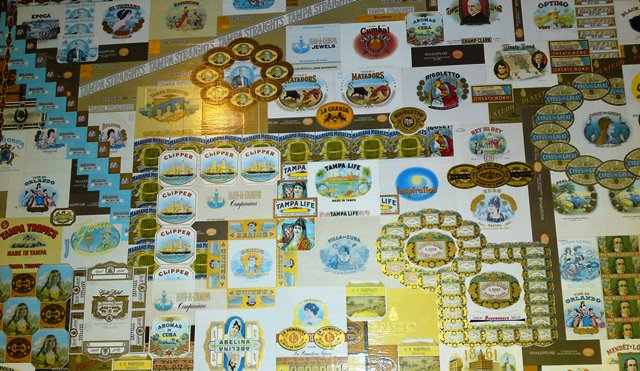 Some of the Cigar labels 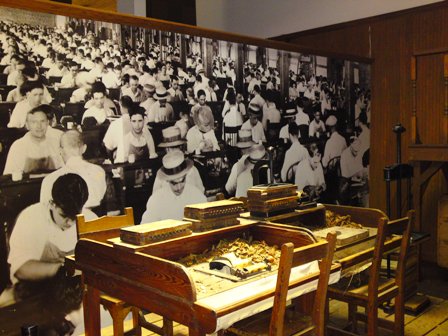 A photograph of the workers, and the actual work tables. 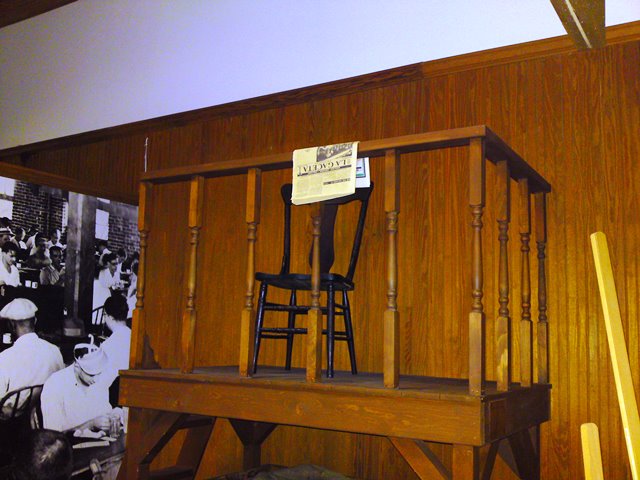 The chair where El Lector, the reader sat. Cigar rollers in Cuba, and in Tampa, were read to while they worked. The rollers actually paid for the reader, who would keep them intellectually engaged, while they went about the repetitive work of making cigars. The material read included newspapers and fiction, with an emphasis on the classics and the workers having a vote in what they were read to. 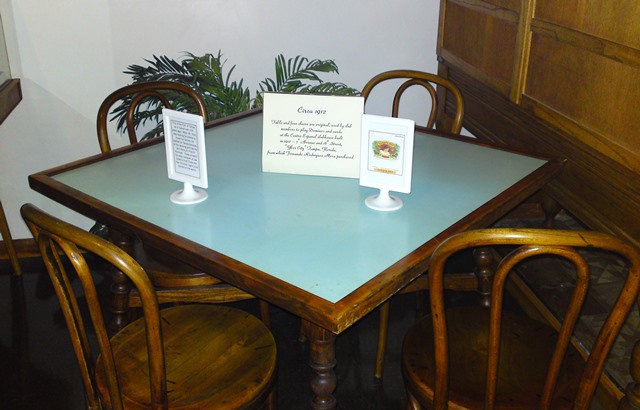 “Circa 1912 – Table and four chairs are original, used by club member to play Dominos and cards at the Centro Español clubhouse built in 1912 — 7th Avenue and 16th Street, “Ybor city” Tampa, Florida,
from which Fernando Rodriguez Mesa purchased.” 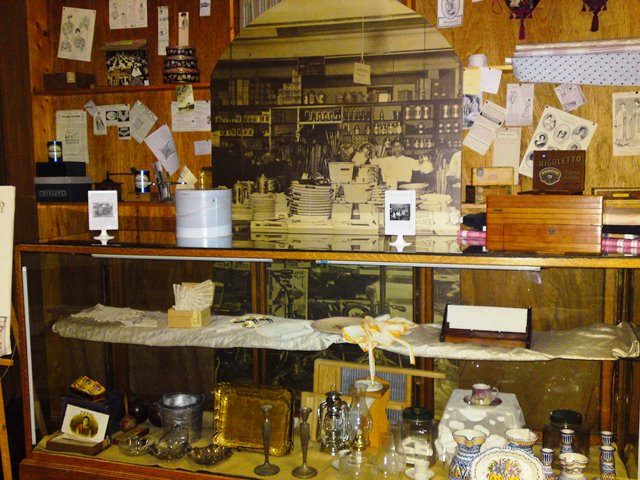 There are many display cases that are filled with the items the Cuban immigrants would have needed or wanted in trying to set up new homes. 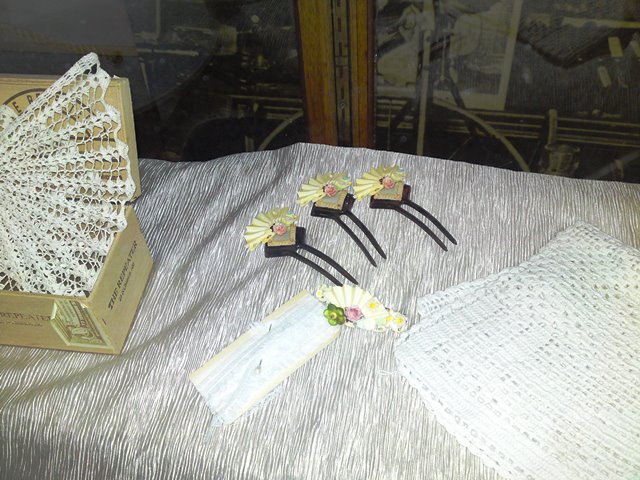 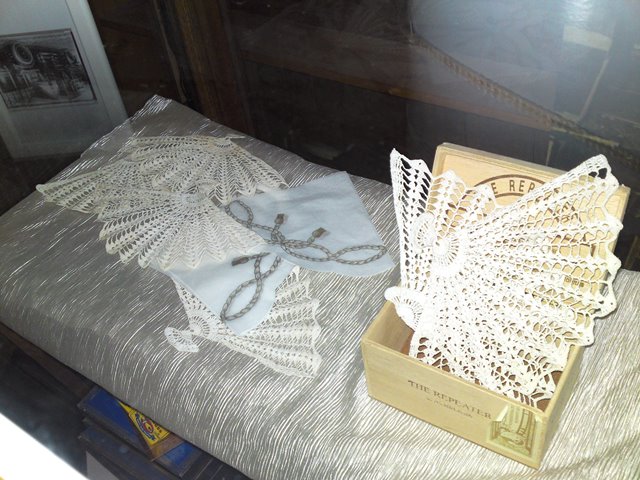 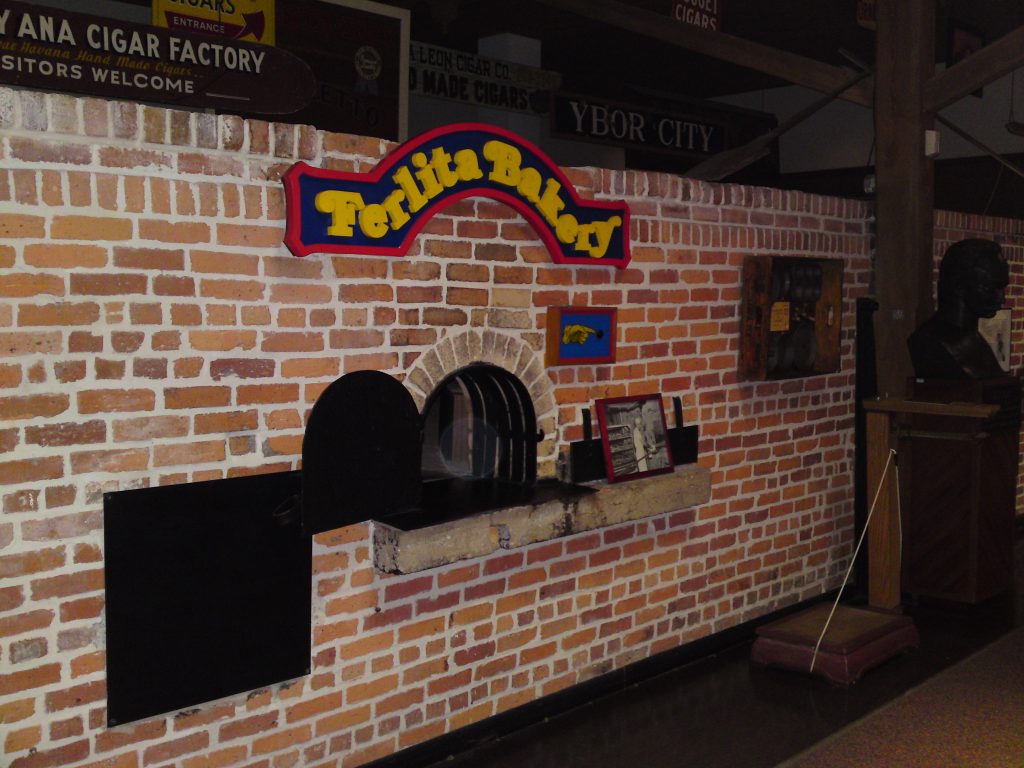 The oven where the famed and delicous Cuban bread was baked

Besides the museum exhibits, there is a courtyard worth spending time reflecting in and a workers home, row house, that is preserved and open to be toured. 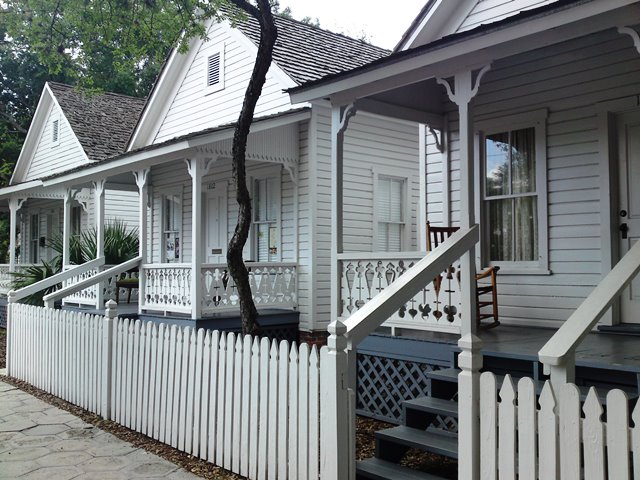 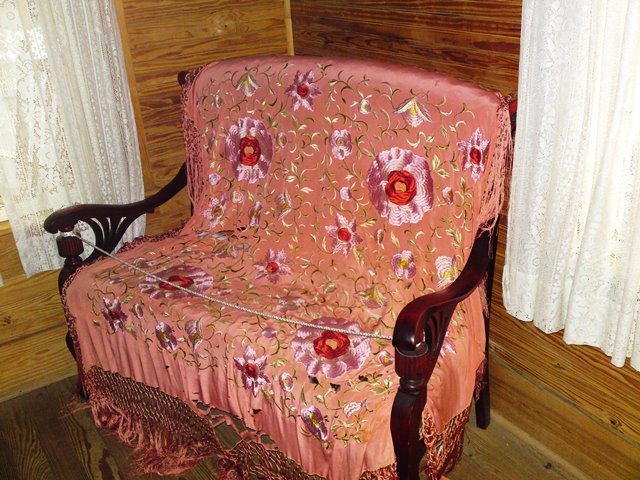 I am certain this was a prized possession. 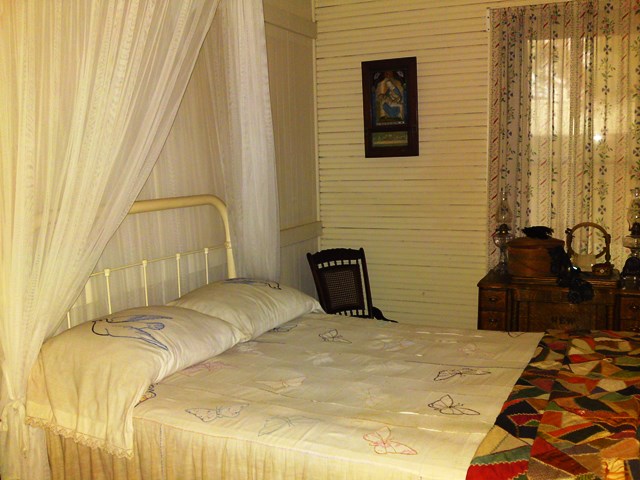 Can you see the hand embroidery on the linens? 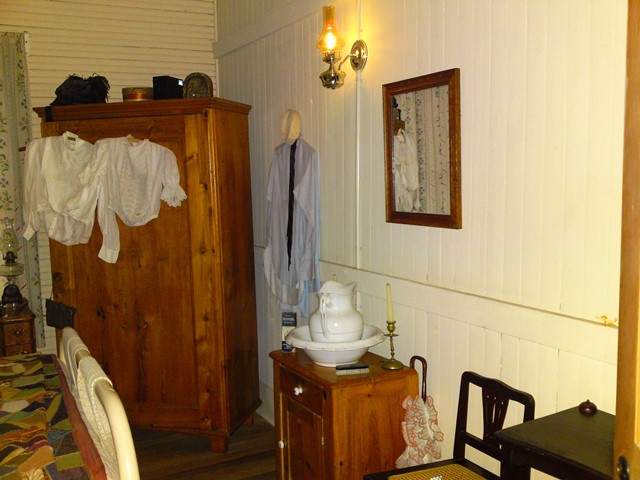 The rest of the master bedroom. 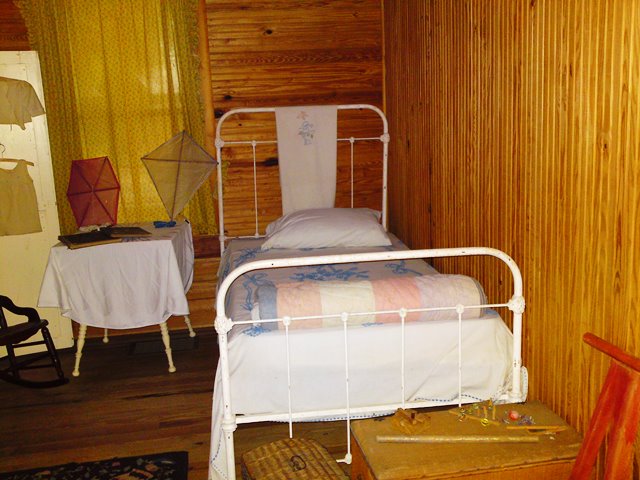 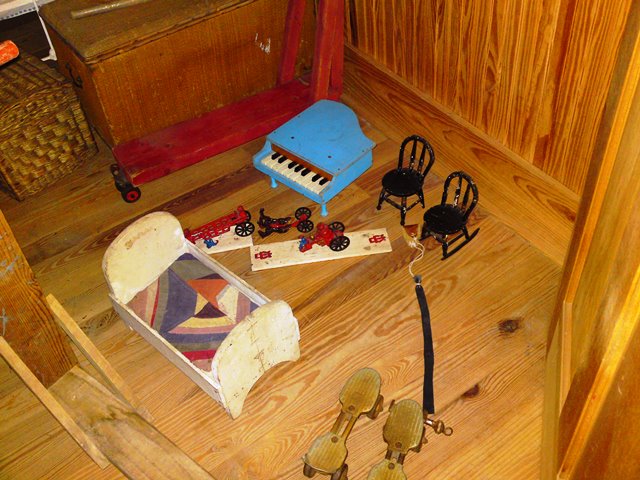 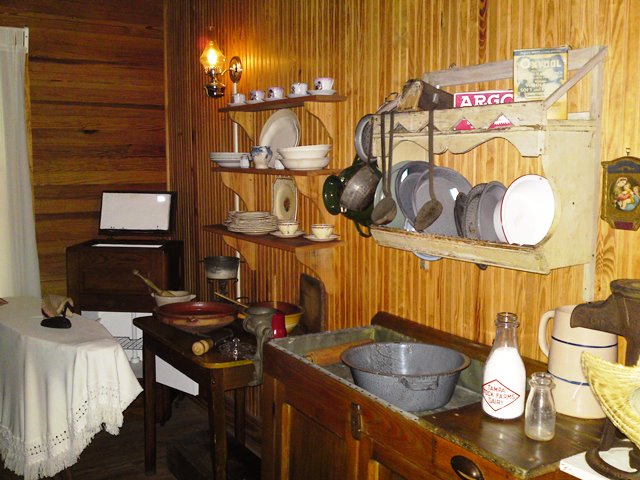 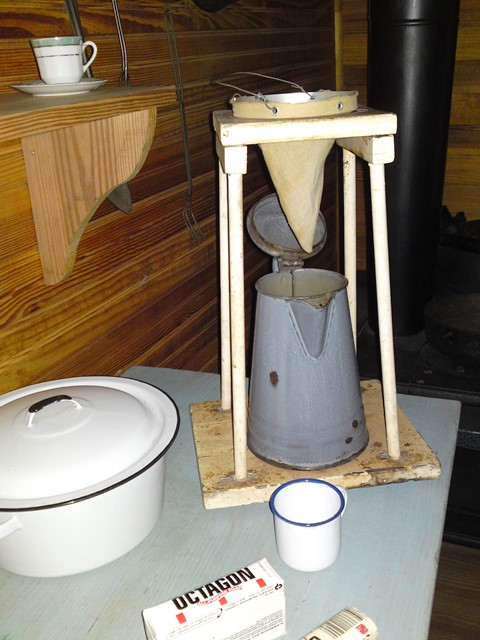 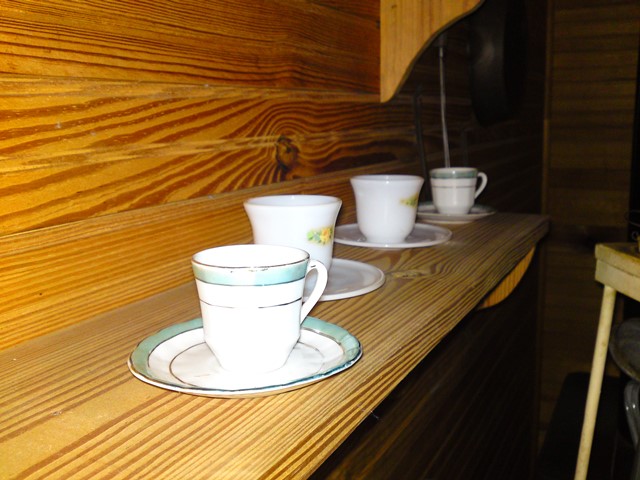 You cannot enjoy coffee without the proper cups! 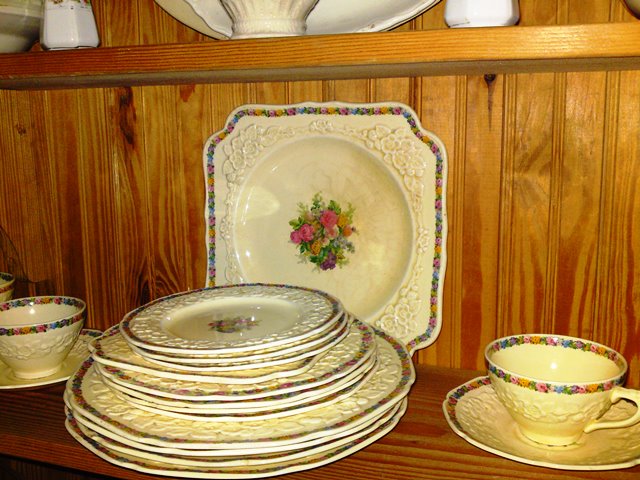 I love these dishes; cigar makers earned a very decent wage and had a comfortable lifestyle. 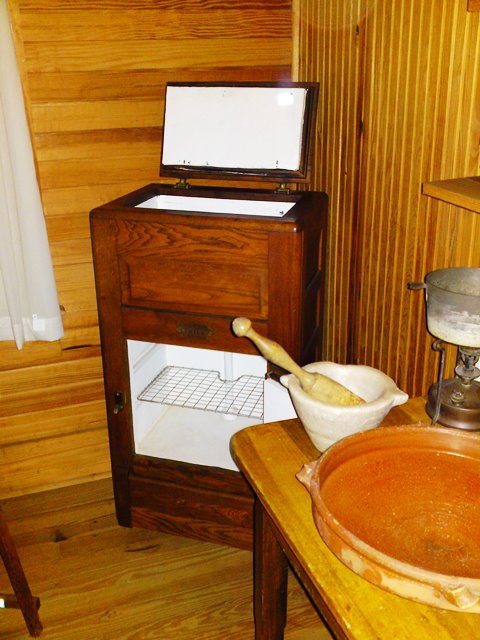 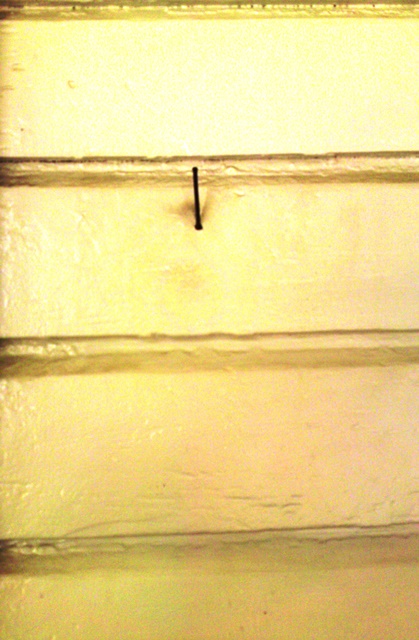 Why a good tour guide is invaluable — I am sure I would have missed this nail, without the docent, pointing out that it was on this nail that the loaf of Cuban bread, was hung, when delivered every morning. 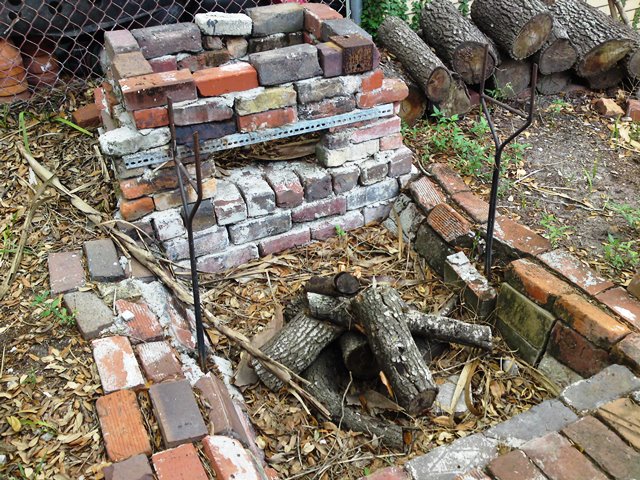 Of course, all good Cubans must have a way to roast a pig — a communal act of celebration! 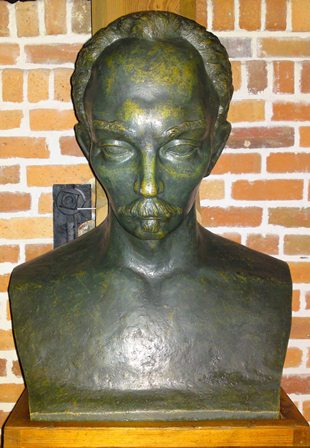