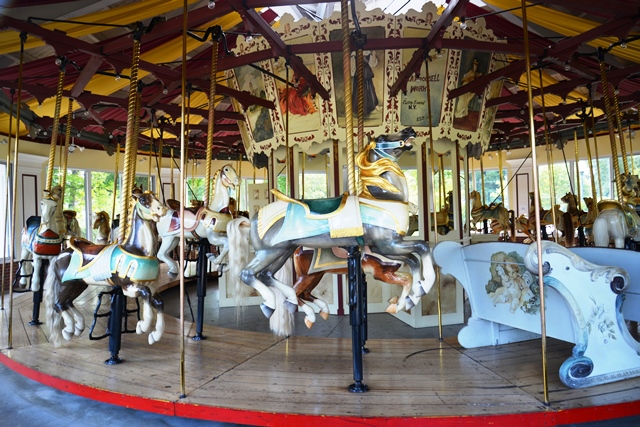 I am not brave, especially when I am alone.  But as I have gotten older, I have occasionally become bolder; which is how I was able to photograph this Illions Carousel.

I happened to be walking through Congress Park, when I spotted the carousel just as the workers were preparing to open it.  Camera in tow, I began trying to take pictures of the empty carousel, through the glass enclosure, suddenly in a moment of daring, I approached a very nice man and asked if I might be able to take a few shots of the carousel before the children, waiting outside, came in to ride.  Graciously, he allowed me to enter and photograph one of my most favorite of things, in the entire world.

It was beautiful, a true work of art; and even just watching it go round and round made me feel carefree and childlike. 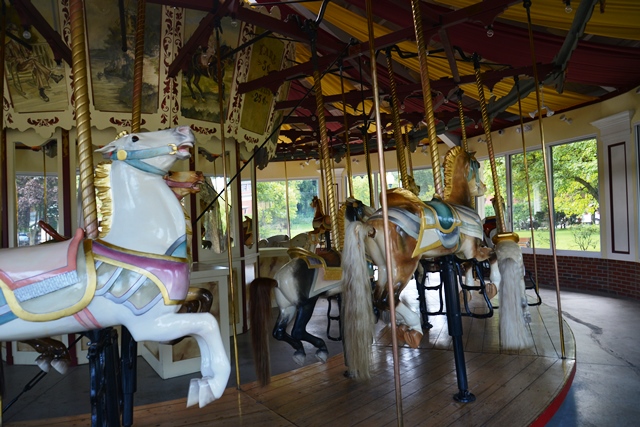 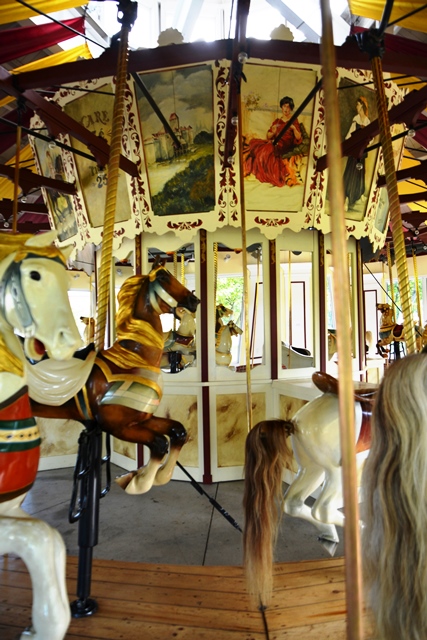 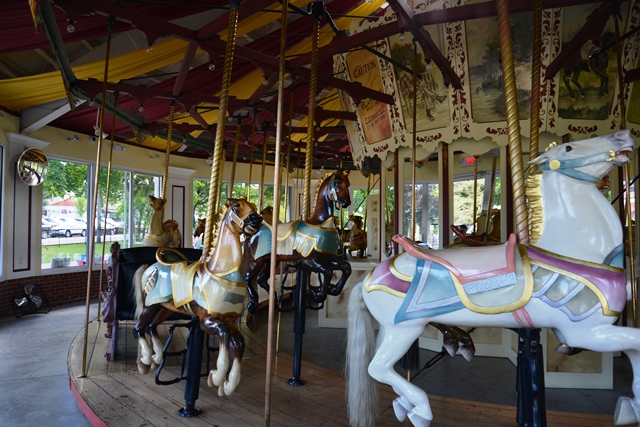 Marcus Charles Illions (1871–1949) was a master carver of wooden carousel horses and other figures at Coney Island, Brooklyn, New York City in the early 20th century. The New York Times referred to him as “the Michelangelo of carousel carvers”.

Illions was born in 1870 or 1871 in the Russian Empire, becoming a builder of circus wagons before emigrating to England, where he carved carousel horses.[5] An alternative account in an obituary states that he was actually born in England.[1] He came to America in 1888 where he carved for Charles I. D. Looff and William F. Mangels in Coney Island before starting his own company, M. C. Illions and Sons Carousell Works, in 1909. His five children were all active in the business from very early ages, in roles that included carver and commercial artist. At one time in the early 1900s, ten carousels carved by Illions operated in Coney Island.

Illions was an exponent of what has become known as the Coney Island style of carousel figure carving, which “is characterized by flamboyant horses, bedecked with jewels and gold and silver leaf”. By 1909, Illions’ company produced “a new line of horses with explosive, flying manes and powerful, straining bodies, decked out with latticework harnesses and other virtuoso feats of carving”.

A machine known as Feltman’s Carousel is considered by one source to have been Illions’ best work. Though no longer intact, 24 of its horses were incorporated into the Flushing Meadows Carousel in 1964 and are still in use today.

During the restoration of the B&B Carousell for its 2013 reopening on the Coney Island Boardwalk, it was discovered that one of the horses is in fact by Marcus Illions. All of the other horses were executed in the early 1920s by another well-known Coney Island carver, Charles Carmel. The Illions horse was one of a set of four executed in 1909 to commemorate the centennial of the birth of Abraham Lincoln, and features colorful rhinestones and a relief of Lincoln’s profile. This is the only one of the set that can be ridden by the public today, as the other three are all in private collections. The most recent prior owner of the B&B had used the Illions horse to replace one of the Carmel horses that an earlier owner had removed from the carousel.” 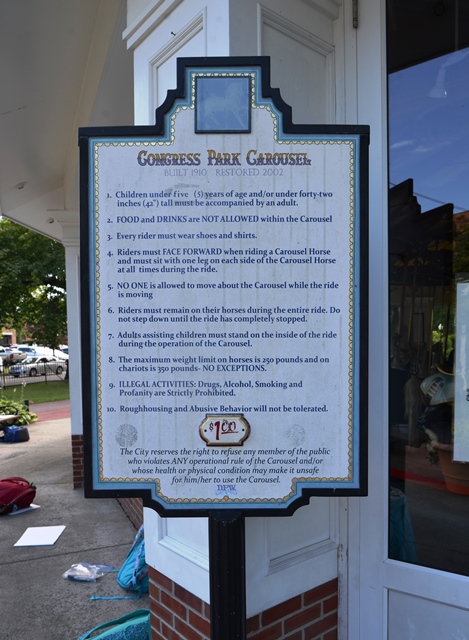 “On the north side of the park, just inside the entrance off the intersection of Spring and Putnam streets, is a carousel which has roots extending back to Coney Island, where its 28 horses were carved in 1904 by Marcus Charles Illions, a Lituanian-born woodcarver considered to be the “Master Carer” of the carousel world. The carousel was originally installed in Kaydeross Amusement Park on Saratoga Lake in 1910. In 1987 the park was being sold for development, with the carousel being intended to be sold at auction, however local volunteers raised the money to purchase it. After restoration, the carousel was opened to the public in 2002. It is one of only 6 carousels carved by Illions remaining in the world, and the only double-row carousel. It is open from the beginning of May through Columbus Day each year, and for special events. The carousel is in need of restoration, and a campaign has been started to raise the necessary funds.” 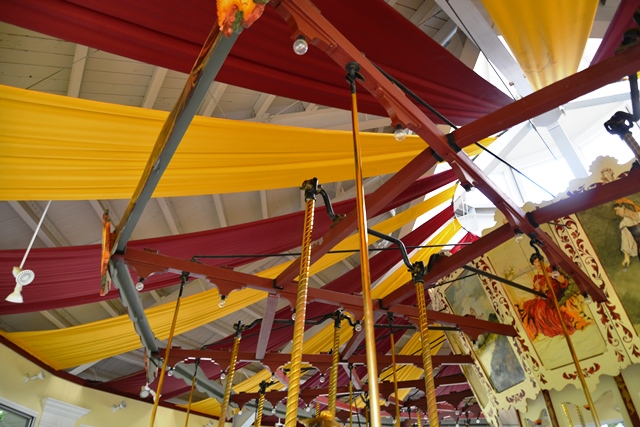