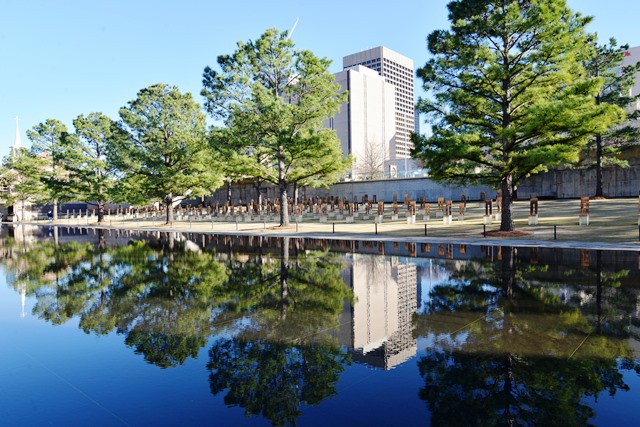 “We have come here to say to those who masterminded this cruel plot and those who executed it the spirit of this city and this nation will not be defeated.” 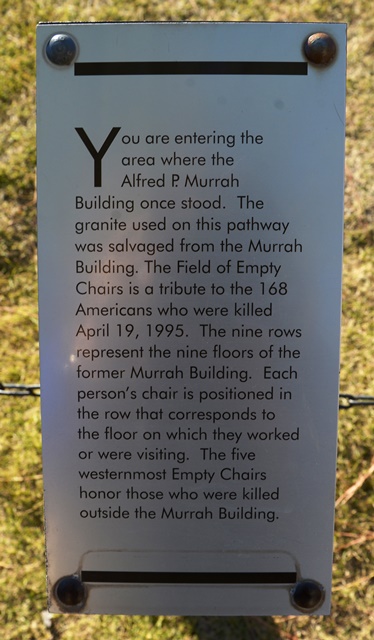 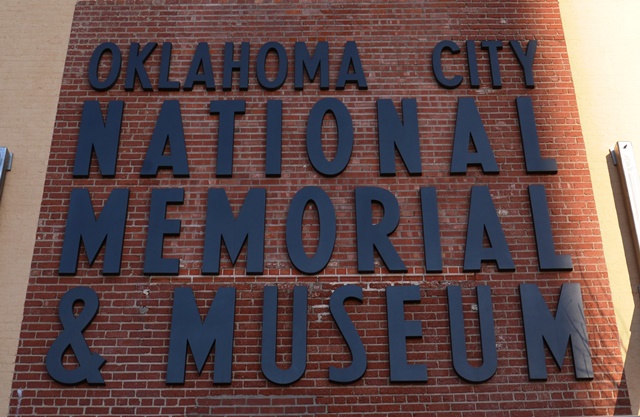 There are days we will remember for the rest of our lives. Many of those memorable moments are precious milestones that shape our lives, like the day we fell in love, when our children are born or we achieve a goal long worked toward; however, there are others like the loss of a loved one or an attack on our nation that are equally seared in our memory – even when we do not want them to be and for reasons we wish were anything but real.

On April 19, 1995, at 9:02 in the morning, the Alfred P. Murrah Federal Building, in Oklahoma City was attacked by two men, with a truck filled with explosives that detonated killing 168 people and hurting 680 more, including infants and children.

Twenty plus years later, I still remember the moment I learned of the attack; I was living in Whittier, California, standing behind an ironing board, when the phone rang. My Mother was on the other end of the line, and she asked me if I had the television on?  I said no, and she said “well you better turn it on Jill.”  We hung up, I turned on the television; and quickly become completely mesmerized and horrified by the pictures I was seeing and the words of shock, sorrow, and utter disbelief, which I was hearing.

Like so many other Americans, I took the attacks personally and started thinking about the people we knew in Oklahoma and the many stops we had made in the state, during road trips. I too felt that Middle America should somehow have been spared such terrorist activity, and once again fell into the mode of asking why?  Why do such things happen?  What does it accomplish?  What could those little babies possibly have done to raise the ire of anyone to this level of hate?

My first thought was that it had to have been a tragic accident; it did not take very long for that idea to be dispelled. Then the chatter was of course that it must be an act of international terrorism, originating in the Middle East, but that idea too was quickly and authoritatively shut down, by those in the Middle East who were, shall we say, in the know.  It took less than two hours for an arrest to be made, and just days for the two primary assailants, whose name I shall not print, to be charged with this heinous crime.

The attack happened in down town Oklahoma City, impacting 16 blocks, causing death and destruction, and destroying or damaging buildings, cars, and infrastructure.

Both men responsible were tried and convicted, one executed in 2001, the second condemned to spend the rest of his life in jail.

On April 19, 2000 the Oklahoma City National Memorial, was dedicated and opened to the public in February, of 2001 – just months before tragedy again struck our nation, in September.

The Memorial includes the grounds, where the Alfred P. Murrah Federal Building once stood, with various exhibits, as well as a Memorial Museum, which is housed in the former Journal Record building. At the suggestion of my sister, Caroline, Kate and I stopped in Oklahoma City, to pay our respects – it was a difficult journey, but one I am glad we took, and while a very somber experience, I could not more highly recommend this stop; because despite the heartache that the Memorial represents, evident also is the great love, dignity, and honor which Oklahomans and all of America have banded together to put forward for the world to see and to remember. 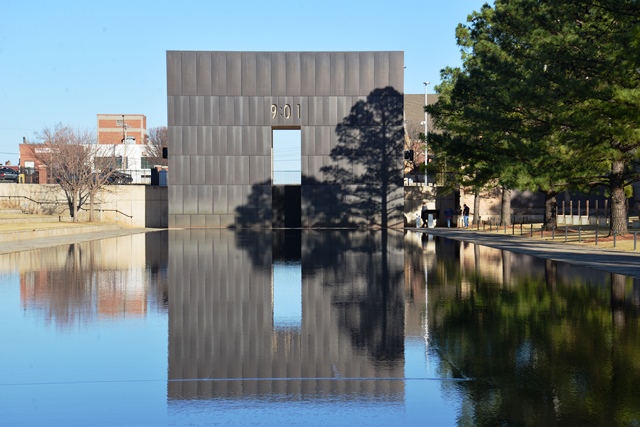 “The Gates of Time” the last moment of peace: 9:01, on the Eastern Gate 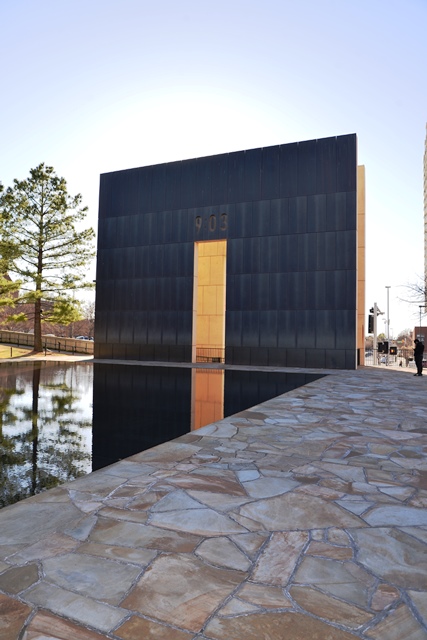 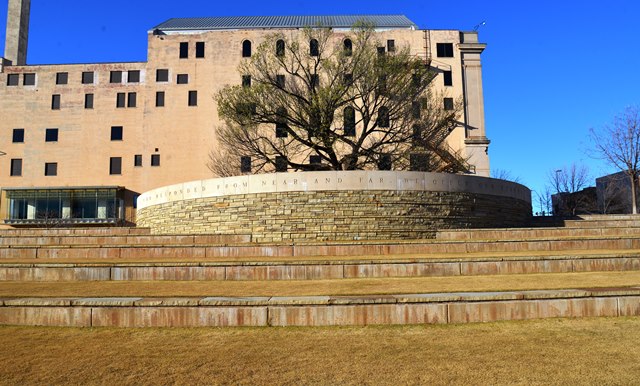 “The spirit of this city and this nation will not be defeated; our deeply rooted faith sustains us.”

The Survivor Tree, which is well over one hundred and fifty years old, once provided much desired shade in the parking lot, across the street from the Murrah Building. It survived not only being damaged by the attack, but also sustained damage in the recovery and investigative process.  However, a year after the attack, the tree began to show signs of life and today its seedlings are growing in places all around the United States. 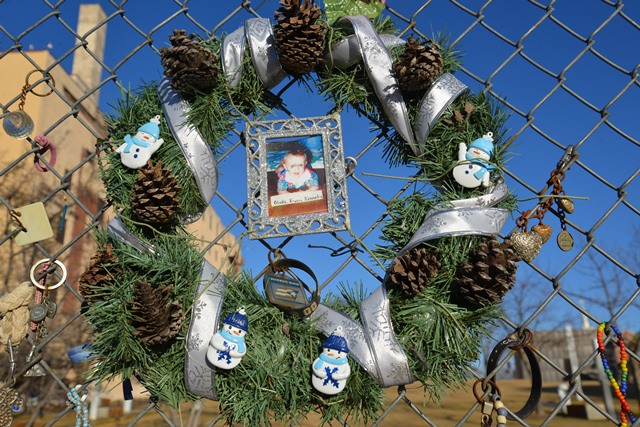 A Piece of the Memorial Fence, where mementos of remembrance are left by visitors 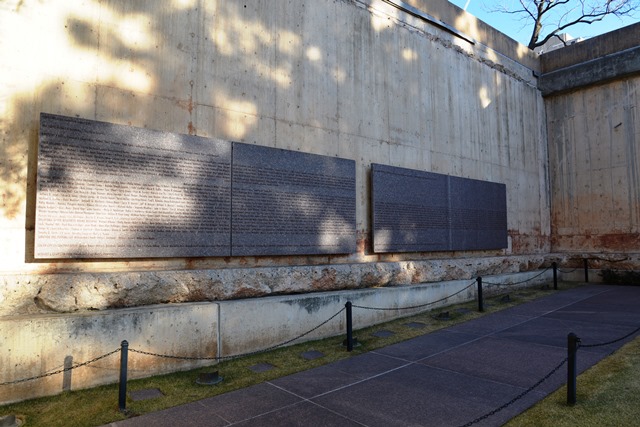 The Survivors Wall is made of pieces from the Murrah Building that survived the attack; inscribed upon the wall are the names of the over 600 people who survived. 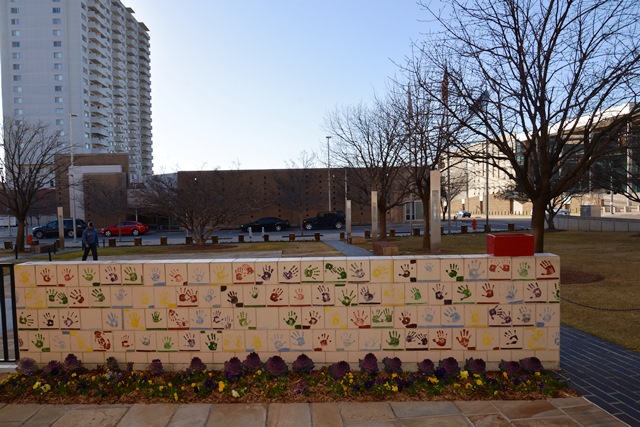 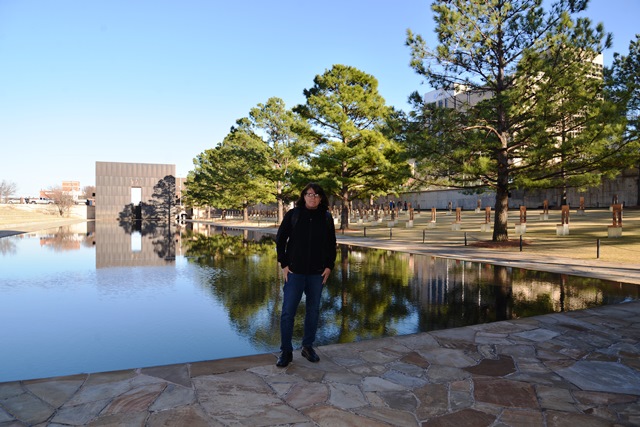 Kate in front of The Reflecting Pool 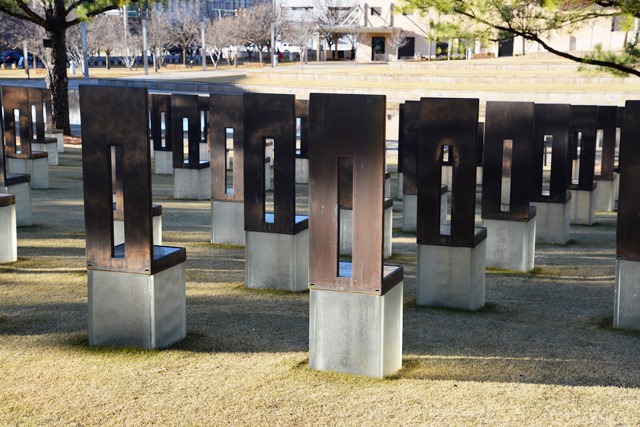 “There legacy must be our lives.” 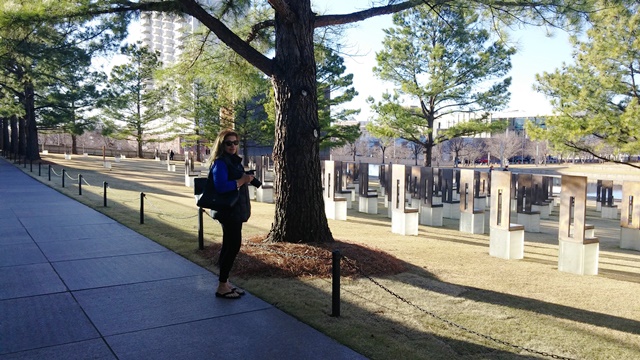