Winnie-the-Pooh and His Friends

At The New York Public Library 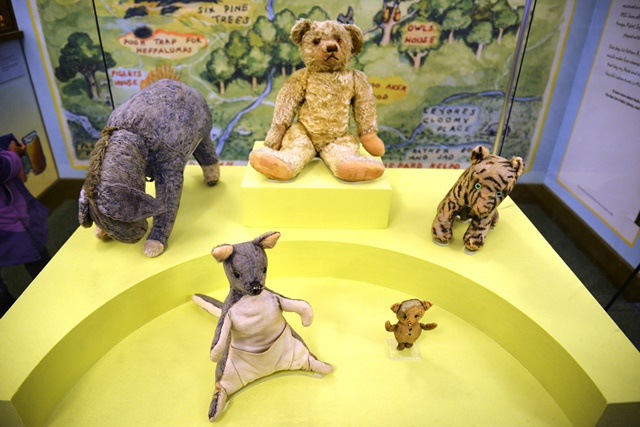 “If ever there is a tomorrow when we’re not together . . . there is something you must always remember.  You are braver than you believe, stronger than you seem, and smarter than you think.  But the most important thing is even if we are apart . . . I will always be with you.” 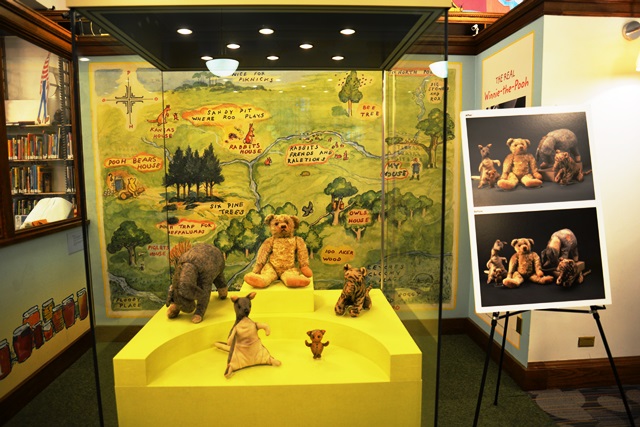 There are many wonderful reasons, to add a stop at the main library in New York City, to any planned visit to the city; but few as wonderful as a ride to the Children Center, where Pooh and his friends live — and it is free to visit!

It took a while, before we were able to see Winnie-the-Pooh and his friends, the first time we tried to see Pooh, he was out for conservation.

You can see that Kate, who is the true fan of Pooh, could not hide her disappointment, at being met by Mary Poppins and her creator, P. L. Travers’, umbrella. 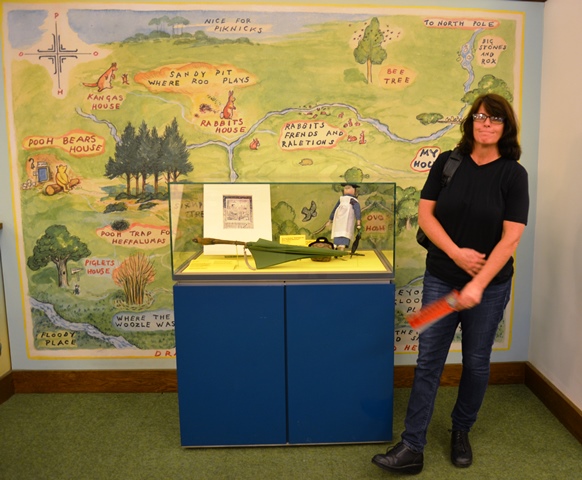 Pooh was first introduced to the world by A.A. Milne in 1926, with the book Winnie-the-Pooh, thus it is not surprising that Pooh has lived in the New York City Public Library, since 1987.  Pooh came to America in 1947, cared for by E.P. Dutton until he donated them to the Library to be enjoyed by both young and old alike.

The book was inspired by Milne son, Christopher Robin, who on the occasion of his first birthday received a stuffed bear that he named Edward (Teddy); later he renamed him for a bear in the London Zoo, the military mascot of Winnipeg, Canada and for a pet swan named Pooh. 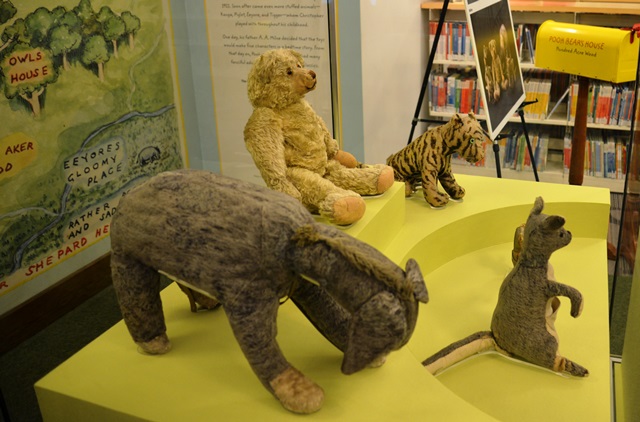 “You can’t stay in your corner of the forest waiting for others to come to you. You have to go to them sometimes.” 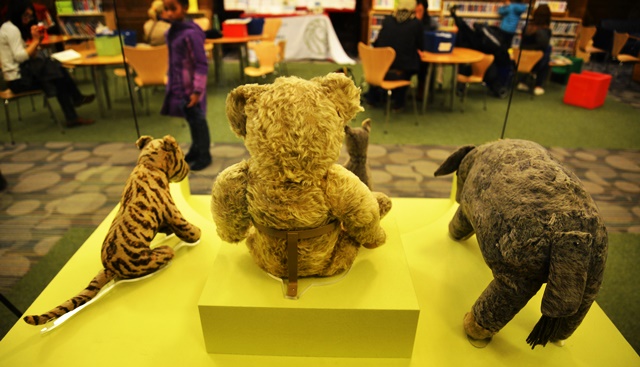 “Some people care too much, I think it is called love.” 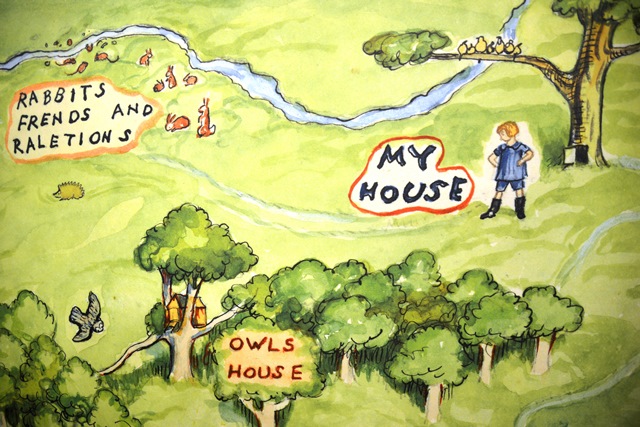