Day of Remembrance of the Holocaust and the Heroism

There are various days, around the world, which are set aside to remember the six million Jewish people who were murdered in the Holocaust between 1933 and 1945.

Regardless of which day / days you choose to stop and remember, we urge you to never forget the atrocities committed by Nazi Germany, against the Jews.

As so often has been said, those who forget history are doomed to repeat it; bigotry, hatred and jealousy are birthed in ignorance.

“First they came for the Socialists,
and I did not speak out
because I was not a socialist.

Then they came for the Jews,
and I did not speak out
because I was not a Jew.

Then they came for me,
and there was no one left
to speak for me.”

“The first Holocaust Remembrance Day in Israel took place on 28 December 1949, following a decision of the Chief Rabbinate of Israel that an annual memorial should take place on the Tenth of Tevet, a traditional day of mourning and fasting in the Hebrew calendar. The day was marked by the burial in a Jerusalem cemetery of ashes and bones of thousands of Jews brought from the Flossenbürg concentration camp and religious ceremonies held in honor of the victims. A radio program on the Holocaust was broadcast that evening. The following year, in December 1950, the Rabbinate, organizations of former European Jewish communities and the Israel Defense Forces held memorial ceremonies around the country; they mostly involved funerals, in which objects such as desecrated Torah scrolls and the bones and ashes of the dead brought from Europe were interred.

In 1951, the Knesset began deliberations to choose a date for Holocaust Remembrance Day. On 12 April 1951, after also considering as possibilities the Tenth of Tevet, the 14th of Nisan, which is the day before Passover and the day on which the Warsaw Ghetto Uprising (April 19, 1943) had begun, and September 1, the date on which the Second World War had begun, the Knesset passed a resolution establishing the 27 Nisan in the Hebrew calendar, a week after Passover, and eight days before Israel Independence Day as the annual Holocaust and Ghetto Uprising Remembrance Day.

On 3 May 1951, the first officially organized Holocaust Remembrance Day event was held at the Chamber of the Holocaust on Mount Zion; the Israel Postal Service issued a special commemorative envelope, and a bronze statue of Mordechai Anielewicz, the leader of the Warsaw Ghetto revolt, was unveiled at Yad Mordechai, a kibbutz named for him. From the following year, the lighting of six beacons in memory of the six million Jews killed by the Nazis became a standard feature of the official commemoration of Holocaust Memorial Day.

On 8 April 1959, the Knesset officially established the day when it passed the Martyrs’ and Heroes’ Remembrance Day Law with the purpose of instituting an annual “commemoration of the disaster which the Nazis and their collaborators brought upon the Jewish people and the acts of heroism and revolt performed.” The law was signed by the Prime Minister of Israel, David Ben-Gurion, and the President of Israel, Yitzhak Ben-Zvi. It established that the day would be observed by a two-minute silence when all work would come to a halt throughout the country, memorial gatherings and commemorative events in public and educational institutions would be held, flags would be flown at half mast, and programs relevant to the day would be presented on the radio and in places of entertainment. An amendment to the law in 1961 mandated that cafes, restaurants and clubs be closed on the day.”
https://en.wikipedia.org/wiki/Yom_HaShoah 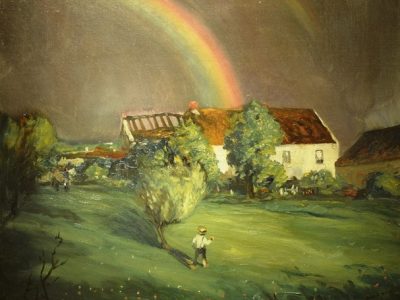