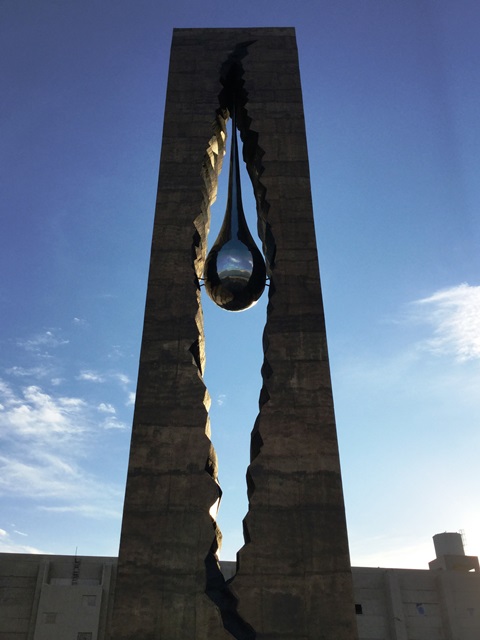 I cannot say that we made a conscious decision to visit 9-11 Memorials; but what I will say is that I do not regret a single detour or stop made, at any of these locations, and that I could not more highly recommend, if presented with the opportunity, that you too visit one of the many sites dedicated to honoring those who perished on September 11, 2001.

Thus, as we continue to honor the memory, of those killed and attacked on September 11th, I share with you a few pictures from yet another remarkable memorial.

The Tear Drop Memorial is in Bayonne, New Jersey, at the Former Military Ocean Terminal; and very much worth the stop.  Please do not forget those who were needlessly murdered, by cowards, on September 11; and those brave men and women, who honorably sacrificed their lives trying to save the victims of this attack. 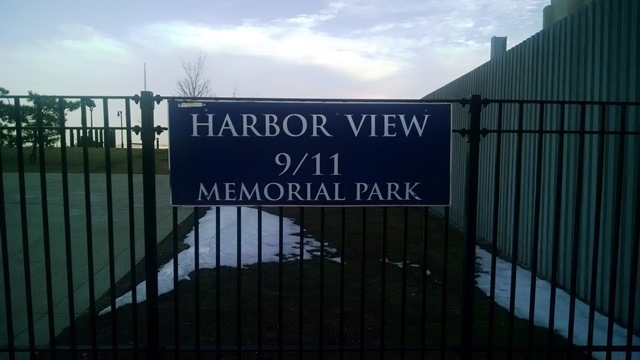 The gate into the park 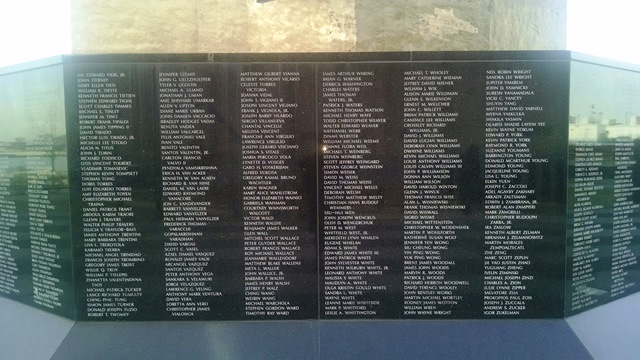 The names of those we lost

“In remembrance of the Bayonne residents who lost their lives in the Terrorist attack on our country on February 26, 1993 and September 11, 2001.” 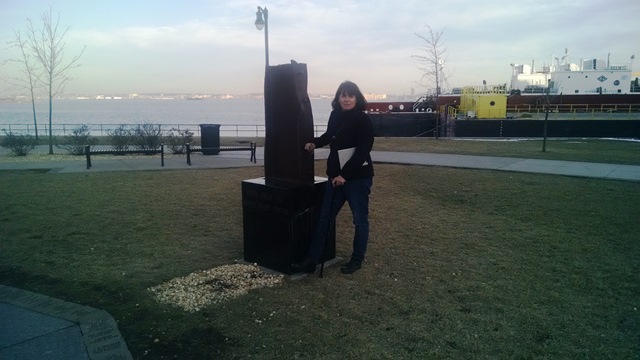 Kate touching a piece of steel from the World Trade Center; it is remarkable to me the forethought and attention that has been given to relics of this attack.  I am so grateful that the pieces have been preserved and spread to so many locations, that we might all be able to interact with our history. 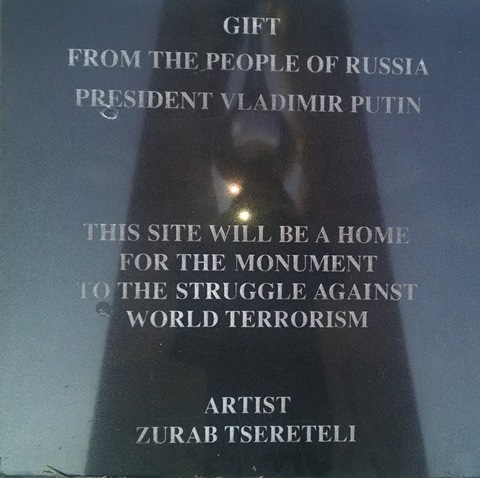 “The artist, Zurab Tsereteli, was in his home in Moscow on the morning of September 11th. The television was on as he was getting ready for work and Zurab, like the rest of the world, was glued to coverage of the attacks on the Twin Towers. He watched the towers collapse on TV and was moved to tears.

That day, he went to work at the Academy of Art driving on a route that takes him past the American Embassy. People were gathered outside the embassy gates to pay sympathies, to be together, and to mourn. He saw a mass of crying people and decided to use the image of a tear in a memorial.

He set to work that day on a proper and appropriate form through which to express his feelings over the attack. He went through many various sketches and ‘forms’ (all of which are chronicled in the yellow book) until finally deciding on the current monument’s form.

Zurab traveled to NY shortly after the September 11th and went to ground zero. The ruins were still steaming. He decided that he wanted to create a memorial to the victims; but that wouldn’t want to build on top of the bones of the dead on the ground zero site. He began to look for an appropriate and fitting site on which to erect the memorial.

Zurab spoke with friends and colleagues who were in NY during the attacks. He heard stories about how boats and ferries were used to shuttle survivors away from the Twin Towers. He also learned about the New Jersey residents who worked in the towers. Zurab decided to look for a site in New Jersey, where the monument could be on the waterfront and settled on a never before seen area of the peninsula at Bayonne. Here, the World Trade Center was the backdrop to the waterfront, and so, the backdrop of life. The site had been a military instillation, and the town had decided to convert the land into public park-space.

From this vantage point, the Twin Towers looked almost as if they were in fact one building. His bronze monument reflects that image with a jagged tear through the center, and a 4-ton nickel tear hanging from the top. The tear represents not only the sadness and grief over the loss of life on 9/11 and previous attacks on the World Trade Center, but also hope for a future free from terror.

The monument has several reflective elements, so that the visitor becomes part of the memorial. The nickel tear is shiny and mirror like. The granite name plates which make up the stand for the monument, and on which the names of the victims are etched, is also shiny and reflective.” 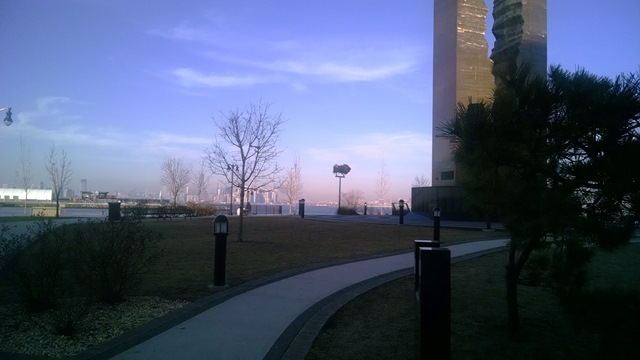 A Look Back at Previous Memorials We Have Been Able to Visit: