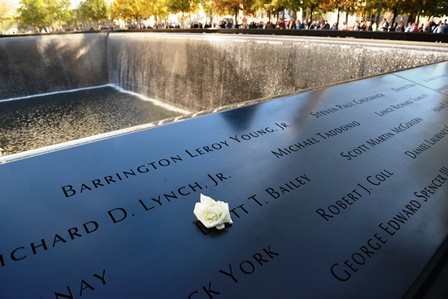 Last autumn, we saw the New York City 9-11 Memorial and toured the Museum; the last of the three major memorials, which commemorate the attack on the United States, of September 11, 2001.  Over the years, since the attack, we have made repeated pilgrimages to the New York City site, checking on the clean-up and then the construction, what an honor it was to finally be able to walk the hollowed grounds.  Those responsible for this Memorial and Museum have done a truly outstanding job of preserving and honoring what happened to our nation on 9-11. 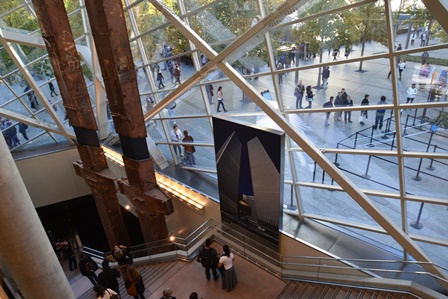 Stepping inside the Museum, you see the Memorial, outside, as well as a photograph of the view, before the attacks on September 11.  You will then be guided down to what was once the ground floor of the Twin Towers, remnants of which have been incorporated into the museum’s installation. 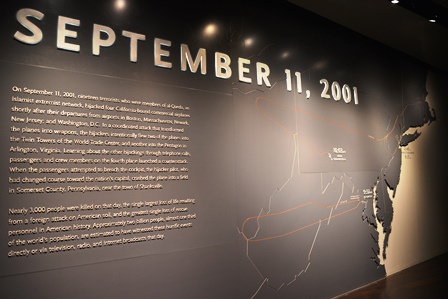 “On September 11, 19 terrorist, who were members of al-Qaeda, an Islamist extremist network hijacked four California – bound commercial airplanes, shortly after their departure from Boston, Massachusetts; Newark, New Jersey; and Washington, D.C. In a coordinated attack that transformed the planes into weapons, the hijackers intentionally flew two of the planes into the Twin Towers of the World Trade Center, and another into the Pentagon in Arlington, Virginia. Learning about the other hijackings through telephone calls, passengers and crew members on the fourth plane launched a counterattack. When the passengers attempted to breach the cockpit, the hijacker pilot, who had changed course toward the nation’s capital, crashed the plane into a field in Somerset County, Pennsylvania, near the town of Shanksville.

Nearly 3,000 people were killed on that day, the single largest loss of life resulting from a foreign attack on American soil, and the greatest single loss of rescue personnel in American history. Approximately two billion people, almost one third of the world’s population, are estimated to have witnessed these horrific events directly or via television, radio, and Internet broadcast that day.” 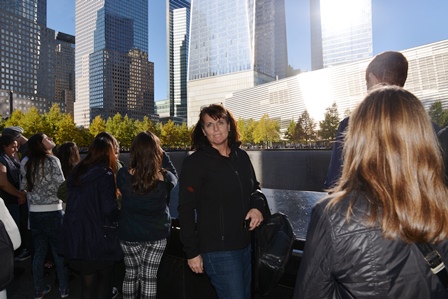 Kate with the crowds, it was nice to see so many people paying their respects and learning about our history. 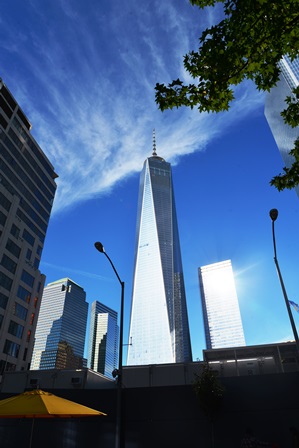 One World Trade Center – the new main building, also called the Freedom Tower, stands where 6 World Trade Center stood, before the attacks of 9-11. With the addition of a spire, the building became 1,776 feet tall, commemorating the year the Declaration of Independence was signed. 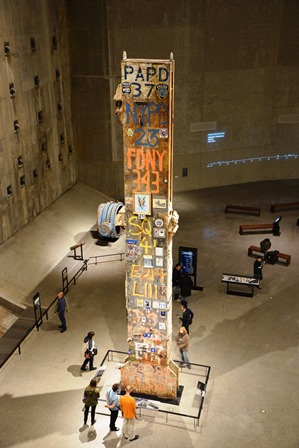 The Last Column is a 36 foot tall steel beam that was once part of the South Tower; its removal marked the end of the recovery period. 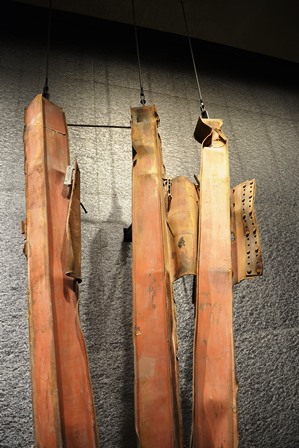 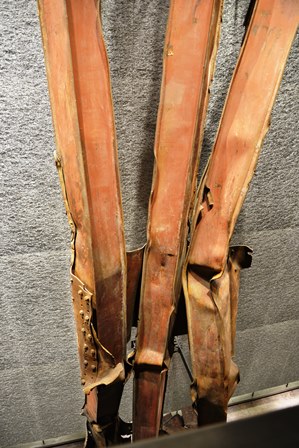 “This piece of steel, once part of the north façade of the North Tower, was located at the point of impact where hijacked Flight 11 pierced the building at the 93rd through the 99th floors.” 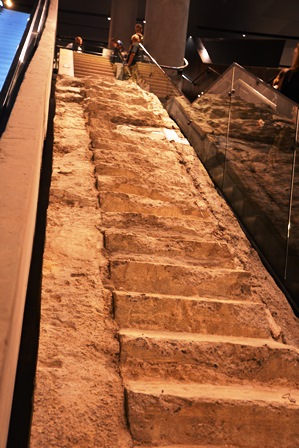 The Survivor’s Staircase, are the steps which literally were climbed, by survivors to save their lives. 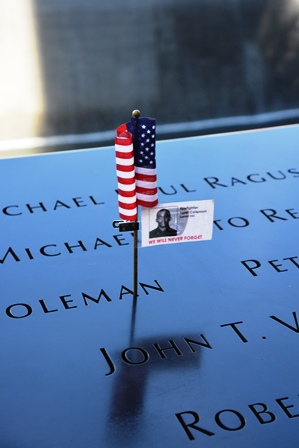 There are many exhibits, which one is not permitted to photograph; it was explained to me that this is due to the private/personal nature of the items on display, included in this prohibition was the steel cross found during the clean-up.   I know many of my friends have had the privilege of paying their respects, to those we lost, by visiting this site; may I encourage you to visit the Memorial and Museum, should the chance arise, as there is so much more to be experienced than what I may share on this page.  Also, to learn more, visit their website, link below. 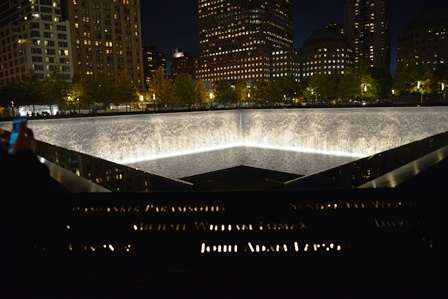 To read about our visits to Shanksville and the Pentagon Memorial’s: 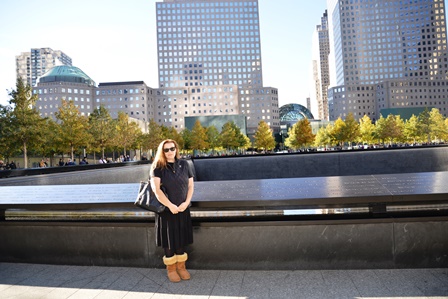