Located at 4330 Westmont Drive, Charlotte, North Carolina, the Billy Graham Library far exceeded all of my expectations, and artfully managed to honor its namesake, while giving God all glory.

The Library has the feel of a Presidential Library and Museum, and perhaps rightfully so, given the life of Reverend Graham, and his ministry to so many American Presidents. It chronicles both he and his wife’s lives and work, and repeatedly puts forth the message of salvation, even going so far as to offer an “alter call” in the last “exhibit”.

It can be difficult to avoid crass commercialism, in this day and age, but they have successful done just that; not only is the admission and parking free, but you are gifted with a tote bag, a book, and additional printed material.

The staff/volunteers, beginning with the man at the security gate, are kind, pleasant, welcoming; and seem genuinely concerned about the visitors. 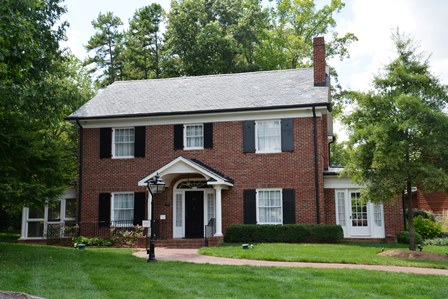 “The home Billy Graham lived in from age nine until he left for college. Meticulously restored using 80 percent of the original materials, the Graham family home place will give you an intimate look at Billy Graham’s roots.” Here is a peek inside his childhood home: 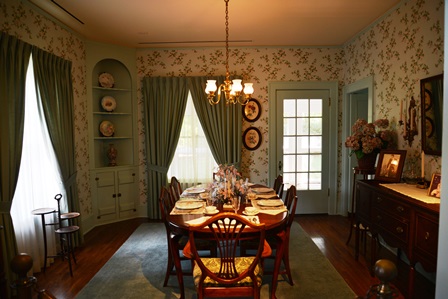 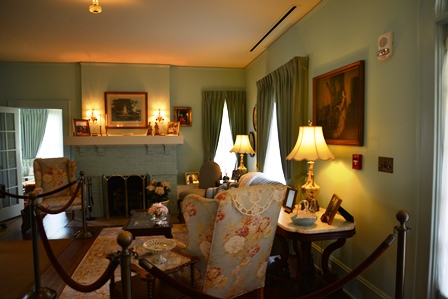 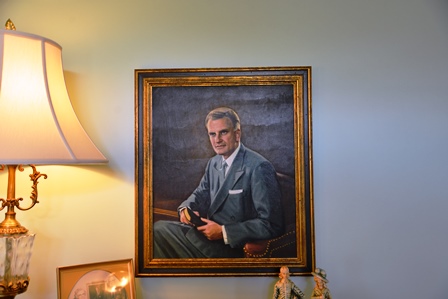 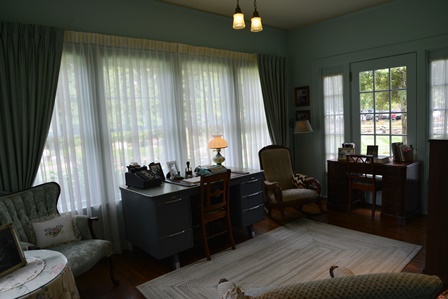 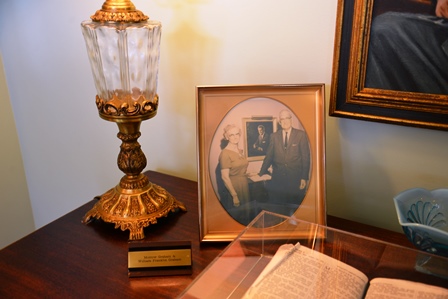 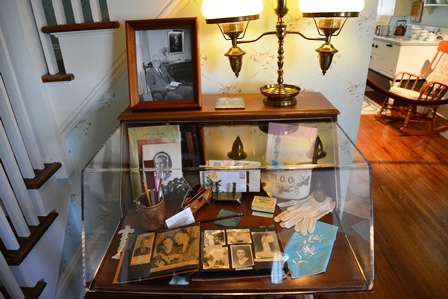 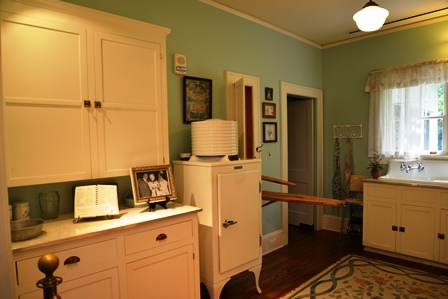 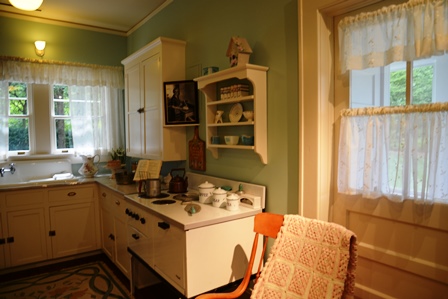 The Kitchen, another view

After touring the childhood home, you will want to go on to the Barn, where the Library/Museum is located; making sure to leave time for the Memorial Garden. 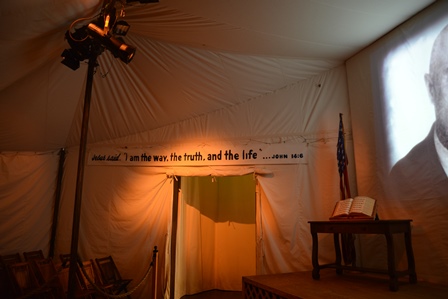 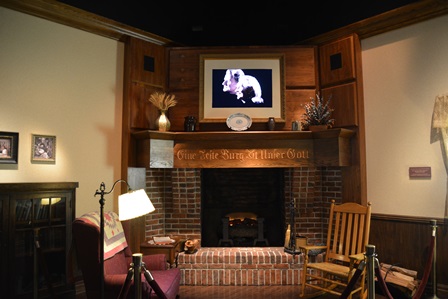 A Reproduction of their Hearth 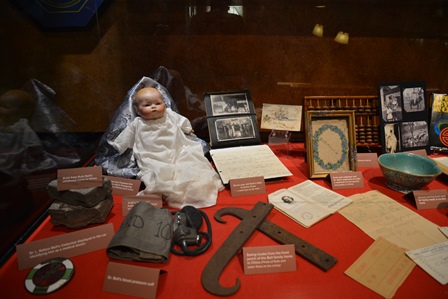 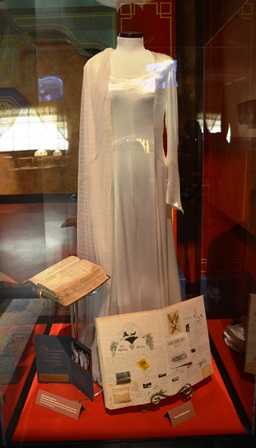 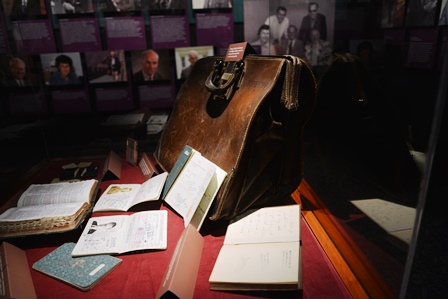 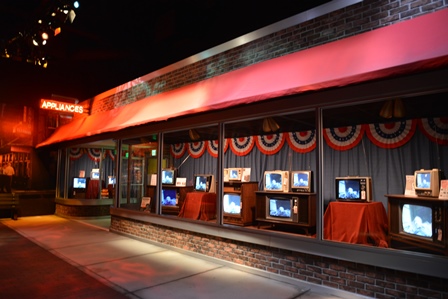 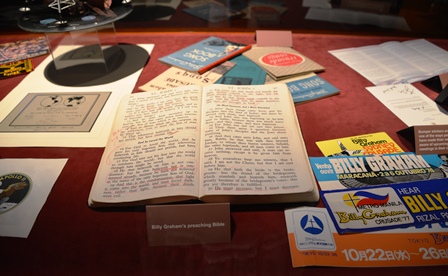 His Preaching Bible Opened to John 3:16 — What Else 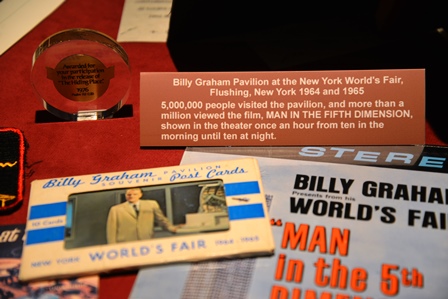 From His Pavilion at The World Fair 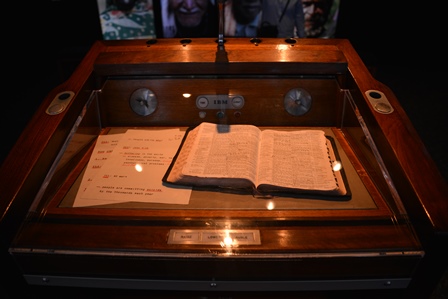 An IBM Highlight — One of Two Pulpits Which He Traveled With 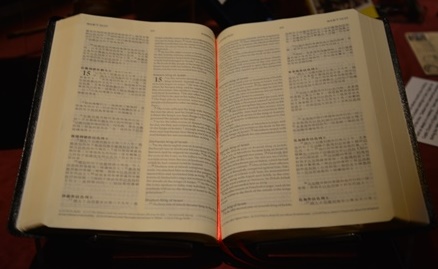 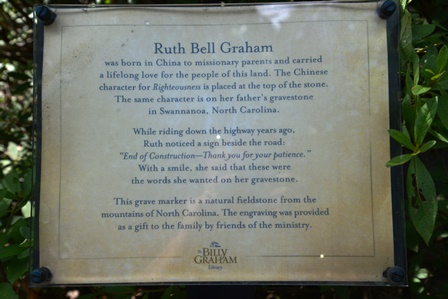 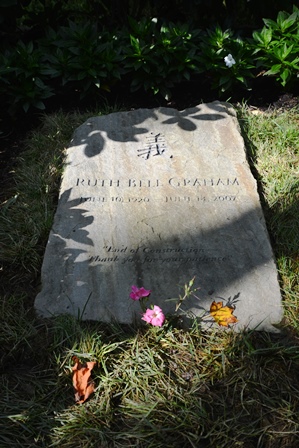 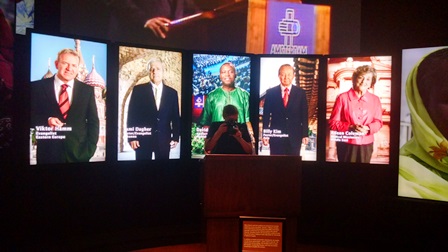 On a personal note, I was drawn to the pulpit, as an element of the family business, you might say – thinking for a moment of the many sermons I heard my parents preach. Then, I noticed it was made by IBM, actually personally designed by Thomas J. Watson; I wanted to make sure I had a decent photograph for Kate, and thus after asking Kate if she thought it was okay, I stepped up to get a better shot.

When I got home, and began to look through my photos, and I noticed that I could not read the placard, in front of the pulpit; disappointed as I wanted to make sure any information I passed on was correct. I decided to write to the Library, and sure enough a very kind Guest Services Attendant, Cindy Troutman, wrote me back and sent the following information.

“Billy Graham used this pulpit as he preached to Crusade audiences across the globe. Thomas J. Watson, Founder of the International Business machines (IBM) Corporation specially constructed two identical pulpits with special features, including electric tilt and elevation options for the top of the lectern, making it easily adjustable for individuals of different heights.

In addition to height and position adjustments, the pulpits included three special lights- green, yellow, and red- for appropriate sermon timing. The red light came on when the speaker, usually Billy Graham, had only one minute remaining to complete the sermon.”

Later, Kate shared her pictures with me, including this one, which has become a favorite shot. I did not notice it when I was in the room, but in the picture she took of me, appears the word Amsterdam. I have to say, that even now, as I write these words, I feel quite overcome with emotion. When my Mother was 70 years old, The Billy Graham Ministries, sent her to the conference in Amsterdam, the one highlighted the moment Kate took that picture. It was an amazing moment for my Mother, which led to her going to Africa, to teach and preach her last revival.

I am so pleased I was able to visit this place; may God continue to bless the work you are doing.