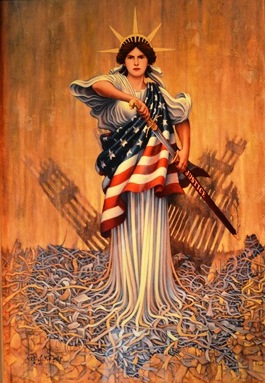 Liberty Rising – “God grants liberty only to those who love it and are always ready to defend it . . .”

Recently, I had someone ask me what my connection to the barbaric attacks of 9-11 was; I was left speechless.  I waited for them to expound on the question, which they did, perhaps sensing my surprise; asking if I knew someone who had died?  I did not know someone who died at the World Trade Center, on one of the airplanes, or at The Pentagon.

However, I am an American, who along with my fellow civilized citizens, of the world, experienced this tragic attack, on my country, which will forever be seared in my mind and heart.  I am connected to those attacks in my grief and sorrow, not only for those who were murdered, and those who lost the ones they loved, but in the immeasurable loss to my nation.

We must not forget, we must remember not only those who died on September 11, 2001, but those murdered on September 11, 2012, in Benghazi, and those killed in Spain on March 11, 2004, as well as, in London, on July 7, 2005 and on July 21, 2005, and Naftali Fraenkel, Gilad Shaer, and Eyal Yifrah kidnapped and murdered on June 12, 2014 in Israel, and all of the victims of terrorist who instead of declaring war and meeting on a field of battle, cowardly attack innocent civilians, around the world, pleased and proud to have killed mothers, sisters, daughters, grandparents, infants, school aged children, teenagers, fathers, brothers, and husbands, all who were unarmed.

Do not forget these attacks on our sovereignty and the victims who lost their lives, and do not let those around you forget.  Make a point to visit the Memorials to 9-11 both in your community around the country, as you can, and take your children!  In my travels, I find so many communities have established poignant Memorials, which help remind us all that we are connected to this tragedy whether or not we knew a victim, who lost their life. 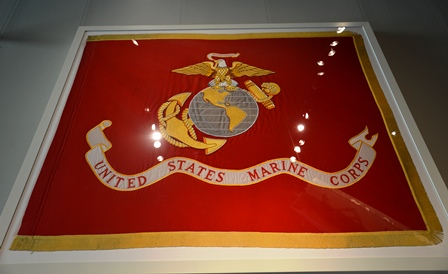 The Marine Corps Flag, which was found “standing upright near a sheered edge of the Pentagon, maintain a silent vigil over the rubble of the damaged building.”[1] 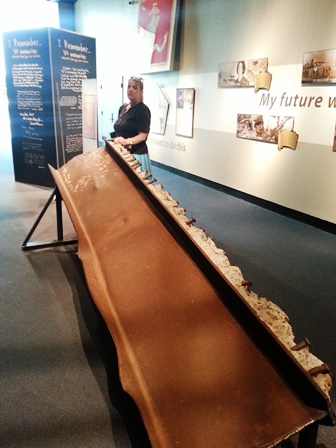 A piece of the World Trade Center 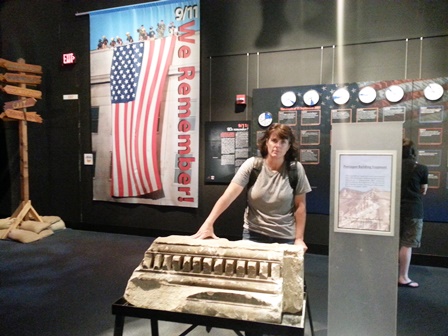 A piece of The Pentagon 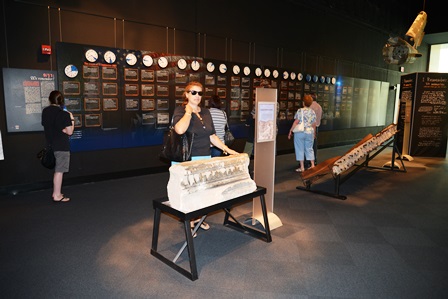 The sign to the right of this exhibit, encourages one to touch both the piece from The Pentagon and from The World Trade Center