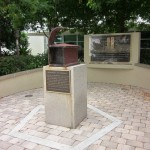 “Freedom itself was attacked this morning by a faceless coward and freedom will be defended.” ~President George W. Bush ~

Of late, the news is dominated by reminiscence’s and reflections of the Nine-Eleven attacks, just as it should be.  I have seen and heard many outstanding stories recalling the moment and expounding on the meaning of what these acts of war did to our nation and the world.  However, the most distressing of the stories are the ones which mention the many people who have never heard of the attacks.  Like the countless school children, in the United States, whose social studies books literally cover the attack in one page, or incredibly do not even bother to mention what transpired on Nine-Eleven.

It is hard to believe in this internet age that there would be Americans who are unaware of what happened to their nation on September 11, 2001.  Many parents understandably have found it difficult to share the tragedy with their young children, but middle and high school students should understand what happened on that fateful day.  I believe that we must remember this day, honoring those who were killed, wounded, or lost loved ones, and our nation which was forever changed.

Years ago, Kate sent me the above slide show, from September 11, 2001, which I would like to share with you.  I do not know who compiled it, like so many forwards, its’ original author is now unknown.  The photographs are heartbreaking, and include pictures of some of the 200 people who trying to escape the Twin Towers, jumped from the building; obviously very upsetting images and I would caution our readers to use their own discretion in viewing and sharing this slide show.  I have included these images, as I think they capture the horror of what those poor people, trapped inside these buildings, truly experienced.

As the years pass, this moment can well become sanitized, and it should not; the Nine-Eleven attacks were deliberate evil, perpetrated on this nation by radicalized individuals who allowed their lives to be defined by hatred.  It is important that America not forget and not allow our history to be re-written and revised.

There are those who have called for this ten year anniversary to be marked by simply recalling the victims and heroes of that day, and not make mention of how or why those people were murdered.  I cannot agree to this form of memorialization.

On Tuesday, September 11, 2001, beginning at 8:46 AM, the World Trade Center in New York City, (American Airlines, Flight 11 and United Airlines, Flight 175) the Pentagon in Washington D.C. (American Airlines ,Flight 77)  and a field near Shanksville, Pennsylvania (United Airlines, Flight 93), were attacked without provocation or declaration of war.  The passengers on each of the flights, the men, women, and children in and around the buildings, and first responders and the other innocent by-standards who offered to help became victims of Al-Qaeda, reaping the revulsion planted and nurtured by Osama bin Laden.

None of the passengers on board the various flights survived.  Those passengers on United Airlines Flight 93, whose delayed takeoff offered its passengers an opportunity to contact family and friends, through in flight telephone service, had learn of the attacks on the Twin Towers and Pentagon, were able to prevent an attack on the White House or Capitol by fighting back against the terrorist.

There were over seventy nations represented on list of casualties that day – mothers and fathers, brothers and sisters, husbands and wives, friends and lovers, firefighters and police officers, doctors and nurses, secretaries and clerks, teachers and students, actors and artist, soldiers and sailors, pilots and flight crews, paramedics and emergency medical technicians, investment bankers and computer engineers, homemakers and lawyers, chemist and psychologist . . . ordinary men and women who were simply going about their life.  On September 11, 2001, there were 2,977 innocent people killed.

Take a few moments this weekend and watch the televised coverage with someone you love; after all this really was a televised attack, which so many thousands of people witnessed firsthand because the morning news shows were on the air; or gather at one of the planned events in your community where you can share your memories of the day, recalling what you were doing, how you felt, what you thought.  It is our duty to bear witness.  May God blessAmerica.  That is all for now.