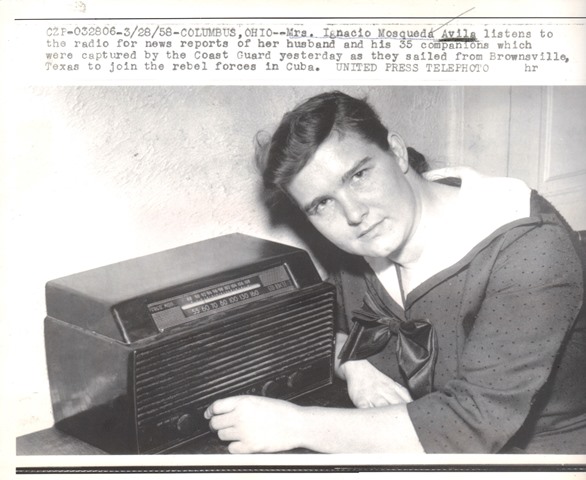 “However, there must be joy in the sorrow if we are to go forward. My Christmas joy came in the form of a photograph, of my Mother. Below, is the printout from eBay, no less, which Kate purchased for me – yes, this is my favorite Christmas gift! I cannot believe that my Father’s name and my Mother’s face were for sale on ebay. It is the original print from the Associated Press, which chronicles a piece of their history and my own. I am more than touched by this gift. My Mother would have gotten quite a kick out of knowing her picture was for sale, just like I did.” http://thatisallfornow.com/?p=6514#.W8KSTkDeA2w 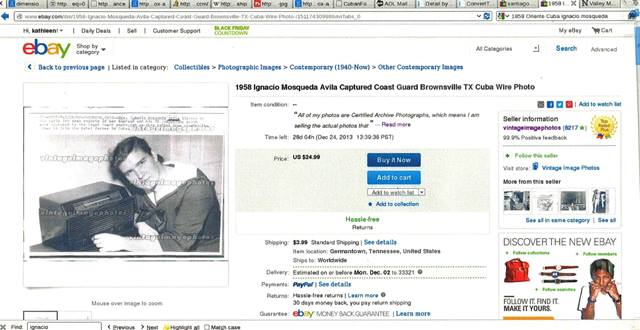 Frankly, I cannot believe I have not previously shared this photo, in The Dialogue. I did write about it, (above quote) in From the Editor, when Kate gave it to me, for Christmas. But somehow, I neglected to share the actual picture; instead I posted the ebay post, which was indeed quite remarkable, to me.

The photo was from the United Press, and if I remember correctly, the seller had purchased a lot of pictures, and was simply reselling, and was not attached to either United Press or my parents.

The caption reads: “. . . 3/28/58 – Columbus, Ohio – Mrs. Ignacio Mosqueda Avila listens to the radio for news reports of her husband his 35 companions which were captured by the Coast Guard yesterday as they sailed from Brownsville, Texas to join the rebel forces in Cuba.” The date on the back is April 3, 1958. 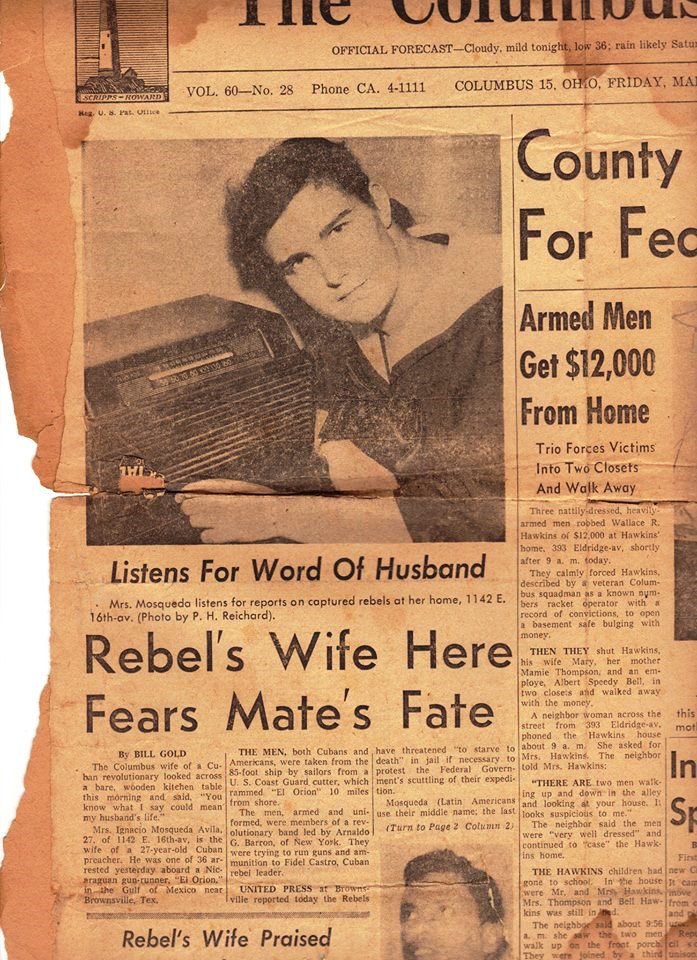 One of the most amazing things, about this picture, is that I actually have a copy of it, in one of the newspapers that it appeared – fittingly, The Columbus Dispatch.