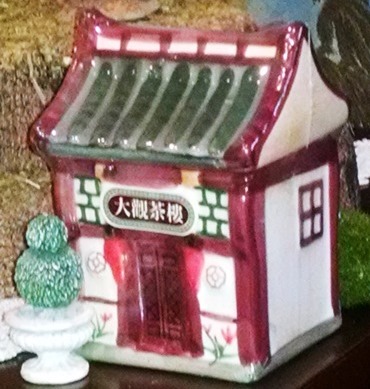 I know I am a little behind, in welcoming autumn this year. I am not ready; yes I have put out the appropriate decorations, and whether I want them to or not, the foliage is changing, and the leaves are falling.

But since this move to New England, my love of fall has changed. When living in more temperate climates, fall represented the beginning of the holiday season, that would eventually lead to a road trip north, for Thanksgiving, and then our Open House, and of course everything associated with Christmas, and the New Year.

However, when the outdoor nativity and lights were put away, after Epiphany, life would continue to be sunny and warm; there would be no thoughts about long, cold, dark, and dreary winter months, to be waited out until spring.

Thus, this year, after trying to ignore the calendar for several weeks, it took me a while before I acquiesced and began to put away the summer things, and decorate for fall.

I began with my autumn village, as my miniature worlds give me great pleasure. While at a local second hand store, I spotted a small house, wrapped in cellophane, that made noise when I shook it; I decided it must have tea inside, there were no markings on the outside, of the piece.  I walked around the store, for a good long while, debating if I should buy the piece – they were asking all of ninety-nine cents.

When I went up to buy the house, at a store I have frequented regularly, I had a new cashier, who of all things in this little nook of the world, read Chinese! She was so excited when she saw my house, joyfully exclaiming: “It is a tea house!”  Suddenly I was even happier that I had picked up the little house, as I had wondered what the printing said, and was not sure how I might find out.

I brought my tea house home, and put it in my “waiting room” the place I put new finds, until I figure out what I am going to do with them. It was not until I got out the fall village, that I decided where the tea house would go – after all, my quaint New England village, does sit on the coast, and we all know that back in the day those ship captains travelled around the world.  I am sure some nice family, who met a sailor from New England, thought to themselves, let’s go to America, and open a tea house; they already drink tea there – right!

Anyway, fall is here, the village is up and I pray that in the midst of all of the heartache being experienced by so many, you find a way to feel blessed, by the many changes upon us, instead of sorrowful. 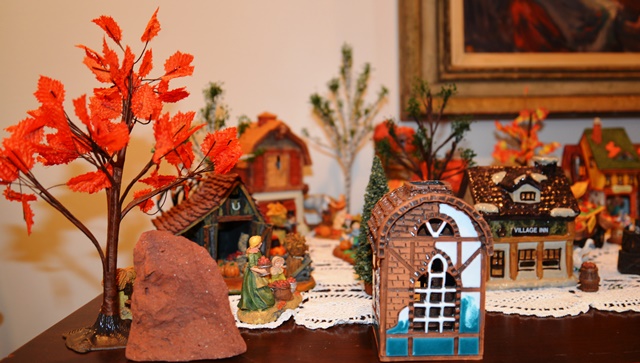 In case you are following along, that little boulder, by the tree, is my piece of the Brown Derby, which I spoke about last month – the building, on the right, is the other new additions to the Village, this year – a little solarium. http://thatisallfornow.com/?p=15714#.WdZ3EqMXDX4

The General and his men are still on duty 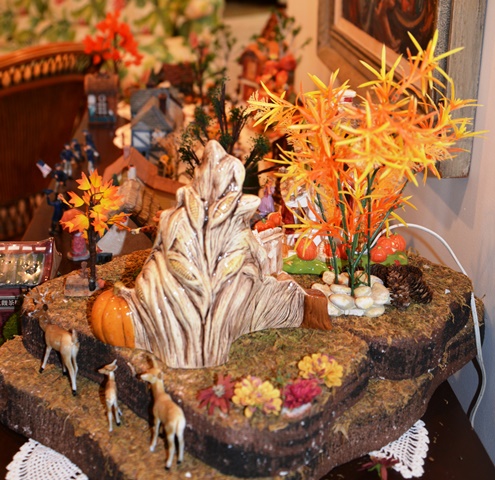 The Family of Deer – the back view of the Tea House 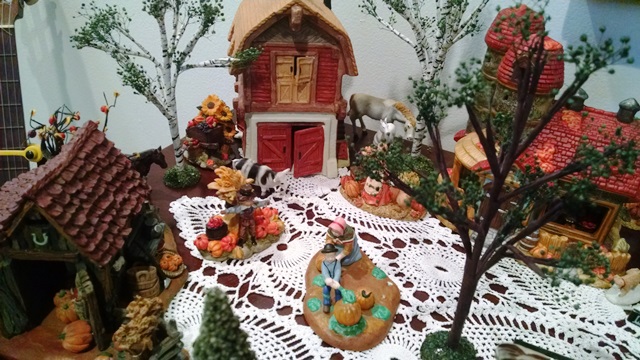 Those villagers hard at work 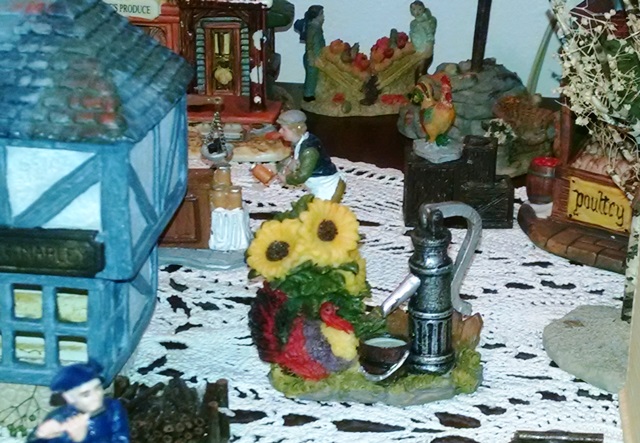 I have long associated sunflowers with Greece – I well remember seeing endless fields of sunflowers decorating the Greek byways – however, it turns out that New Englanders are also quite fond of sunflowers, something one would not know without spending at least a few days there in the autumn 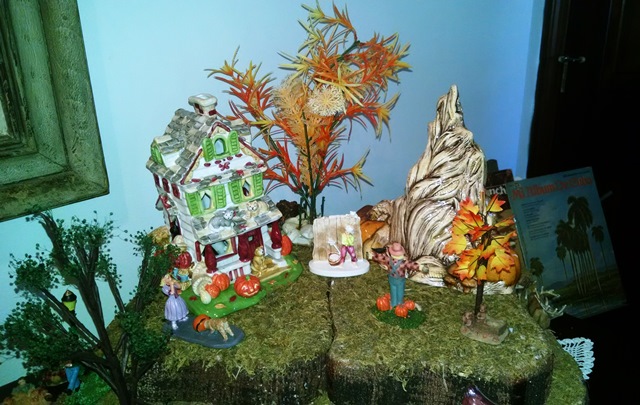 Okay, a little poetic license, one of the nice things about creating your own world – 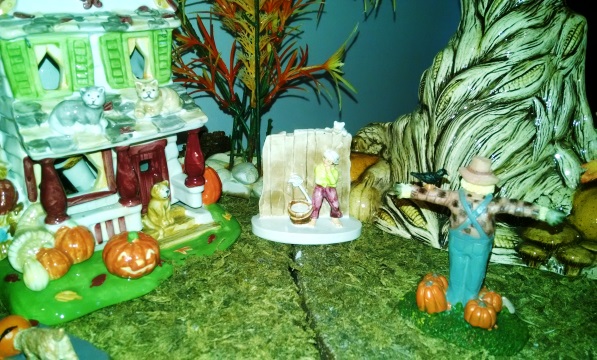 That is actually Tom Sawyer in front of the fence; I know about a good hundred years off, but he is up on the mountain top 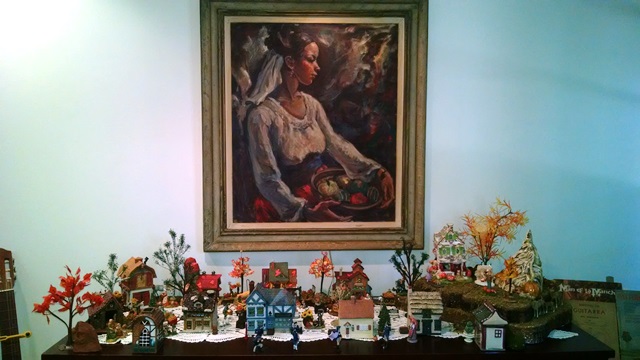 Our lady of the harvest is still overlooking the village 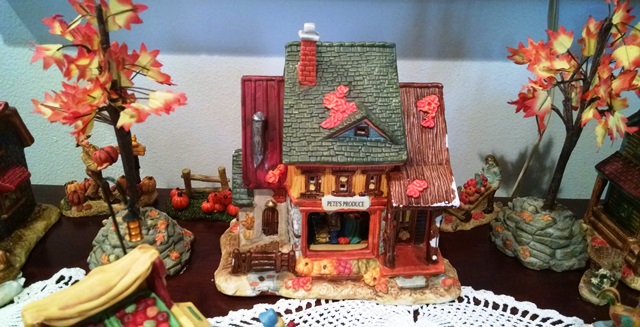