Vanity plates do not always grab my attention, but how often have you seen Apollo 3 sitting in front of you in traffic, in the Maryland / DC area?

Because of where I saw the plates, I assumed they were somehow tied to the space mission, but it turns out there is also a German band with the same name. Your guess is as good as mine – but nevertheless, an amusing View From the Road. 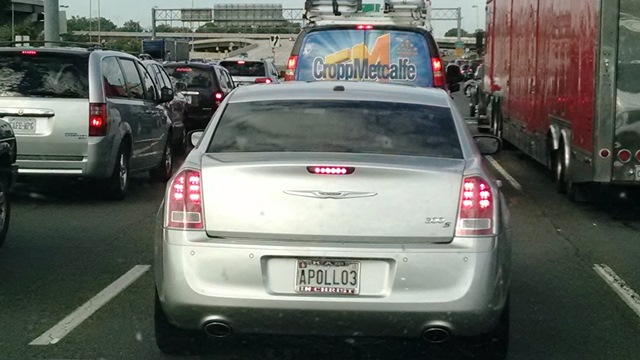 In case you were wondering, I know I was: