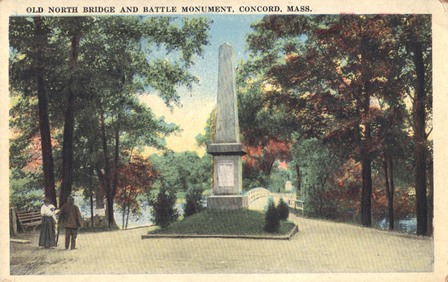 “The Old North Bridge spans the Concord River at the battle ground. Originally it was a wooden structure and of recent years a concrete bridge was erected patterned after the old one.” 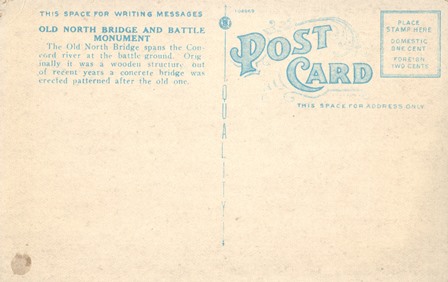 A visit to the Minute Man National Historic Park is a stop outside of Boston, worth making when coming to Massachusetts. It is in this area that the American War of Independence began, on April 19, 1775. 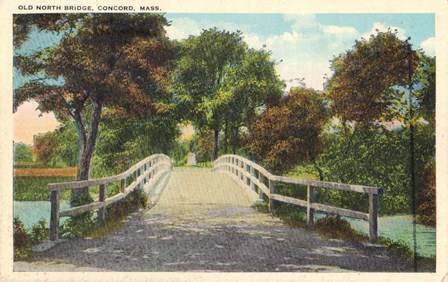 “This is where the Battle of Concord took place. (I am not sure of the word here) drove over it.”

Off in the distance, you can see the Minute Man statue, by Daniel Chester French, the man who sculpted President Abraham Lincoln, at the memorial in Washington D.C. 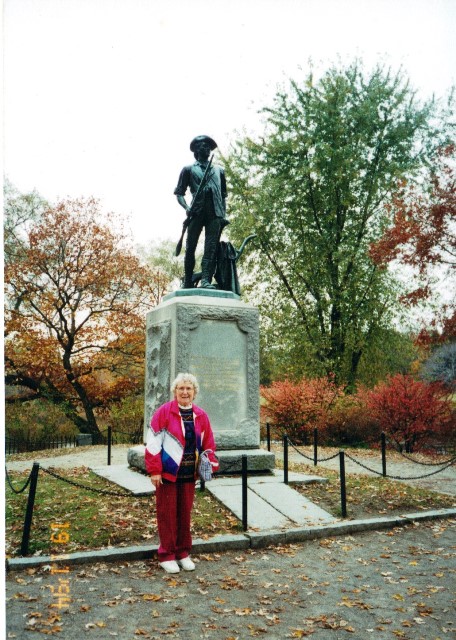 We have taken quite a few people to see this iconic spot, including my Aunt Helen 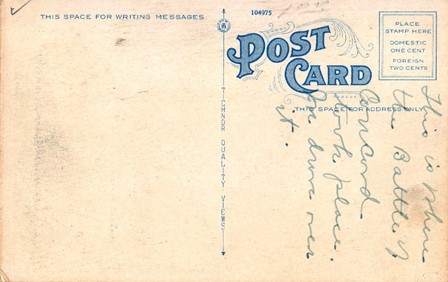 You cannot drive over it today!

By the rude bridge that arched the flood,

Their flag to April’s breeze unfurled,

Here once the embattled farmers stood,

And fired the shot heard round the world.

The foe long since in silence slept;

And Time the ruined bridge has swept

Down the dark stream which seaward creeps.

On this green bank, by this soft stream,

We set to-day a votive stone;

That memory may their deed redeem,

Spirit, that made those heroes dare

To die, and leave their children free,

The shaft we raise to them and thee.