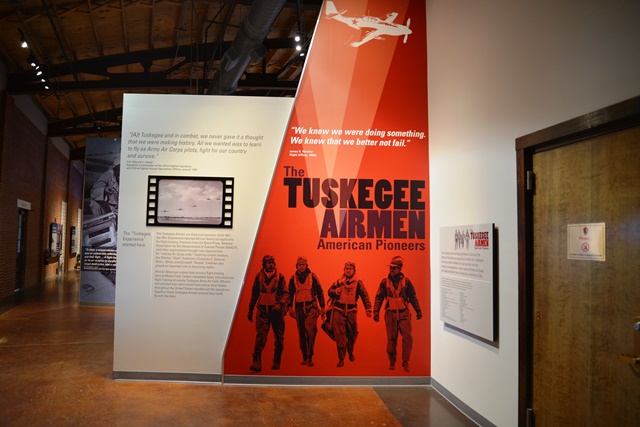 “Young African American men came to Tuskegee from all over the nation to train as military pilots. They began with primary flight training here at Tuskegee Institute’s Moton filed.  Tuskegee Institute also has a smaller field, Kennedy Field, where some cadets received orientation flights in the Piper J-3 ‘Cub’ during preflight training.  Cadets who successfully completed primary at Moton Field transferred to Tuskegee Army Air field, seven miles from here, for basic and advanced flight training conducted by the Army Air Forces.  Only Moton field remains.”

There are several sites around the country associated with Tuskegee airmen who valiantly fought in World War II; this however is the primary location, Moton Field, where they trained.

There are several buildings at this location, including Hanger 1 and 2, as well as the Control Tower and the Skyway Club, with various fascinating and informative exhibits.

This year, Dr. Martin Luther King will be honored on Monday, January 16; he was actually born on January 15, 1929. With our nation ripped with strife; I thought this might be a good time to take a look at an accomplishment we can all be grateful for and proud of, remembering what we can do when we choose to work together as Americans.

The Tuskegee Airmen National Historical Site has long been on my radar, and I must say it was a true honor to be able to spend time walking through a chapter in American history that has not always been given its proper place.  The facility opened in July of 1941 with thirteen men, in the first class. 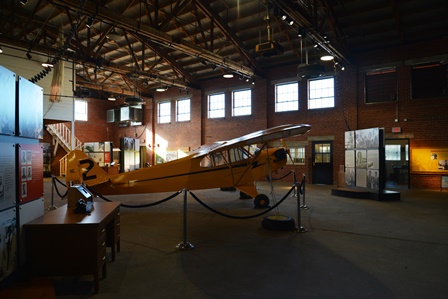 “Over 1,000 cadets learned to fly here at Moton Field, taking off and landing on an open, grassy field beyond the structures below. The field was used so intensely for primary flight training during World War II that the aircraft soon rutted the field and wore away the grass.  The paved runways you see now were added in the 1970’s.

Moton Filed was a small airfield, but it was the scene of great accomplishments. The men and women who came to Moton Field went on to change the nation forever.”

“Moton field was built by Tuskegee Institute, now Tuskegee University, in 1941 after the school contracted with the U. S. Army to provide primary flight training for the nation’s first African American military pilots. By the end of World War II almost 1,000 African Americans had earned their wings, and their flight training began here.  Thousands of military and civilian support personnel helped them reach their goal.” 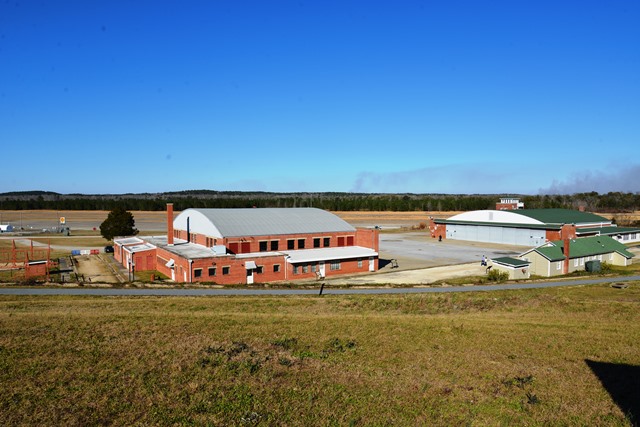 Hanger No. 1 to the far left, to the far right Hanger No. 2 with the Control Tower, the Skyway Club is the white building in front center, the field is in the rear of the buildings. 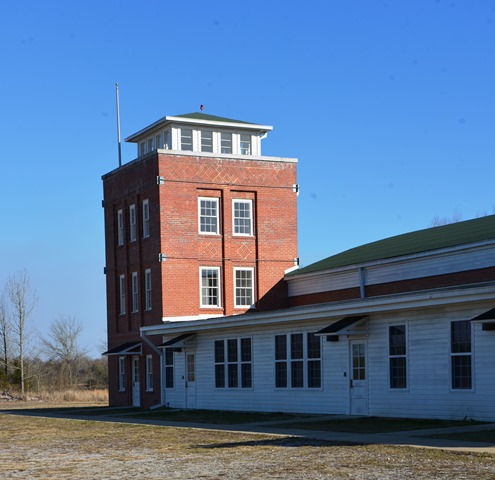 A better view of the Tower 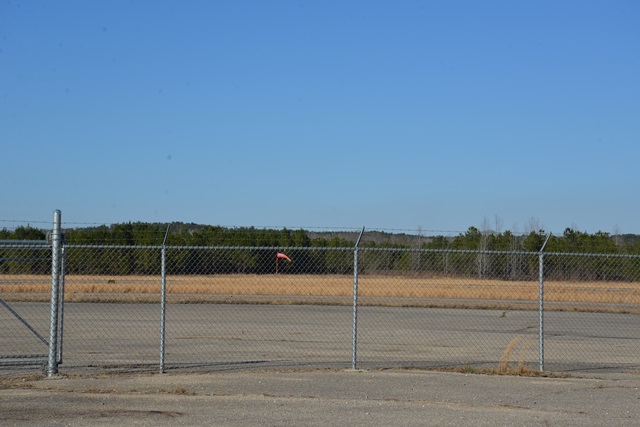 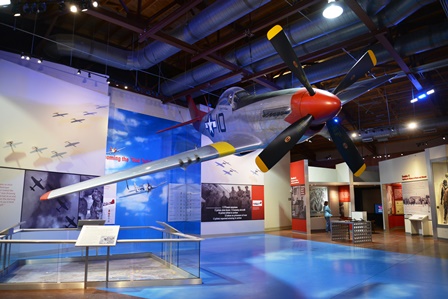 “‘We got the reddest paint we could find and painted our aircraft. We wanted the bomber crews to know when we were escorting them and we wanted to make sure the Luftwaffe knew when we were airborne and in their territory.’” (Lt. Col. Herbert Carter of the Tuskegee Airmen)

“‘Ordinary guys did a certain precision rollover to show you they were friendly, but the Red Tails would roll that wing over and over and float through the formation like dancers. When you saw them you were happy. They were that hot, that good.’” (Tech. Sergeant John “Red” Connell) 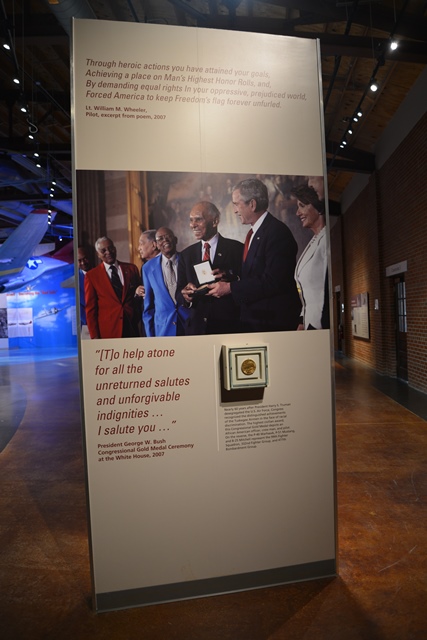 “To help atone for all the unreturned salutes and unforgivable indignities . . . I salute you . . .” 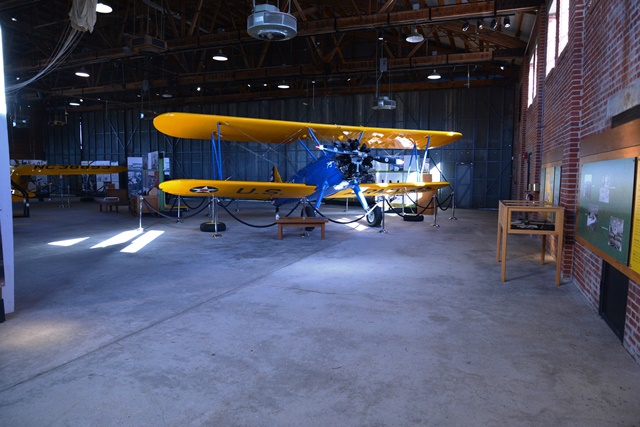 The PT-17 — the primary trainer 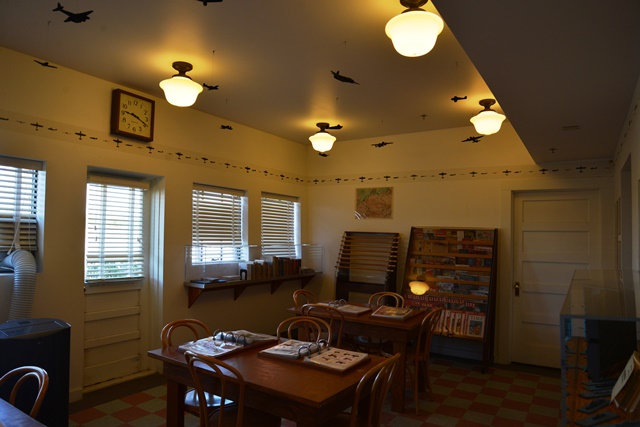 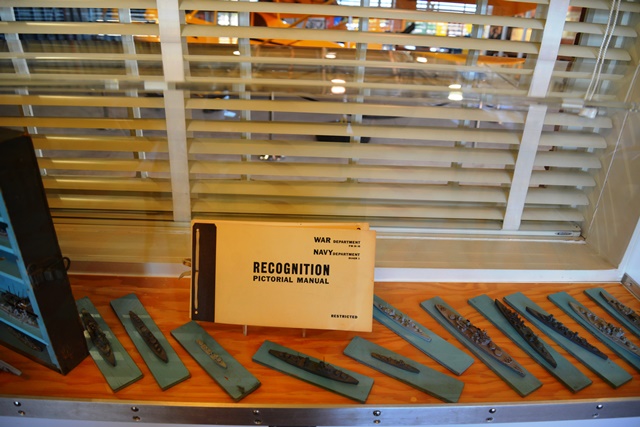 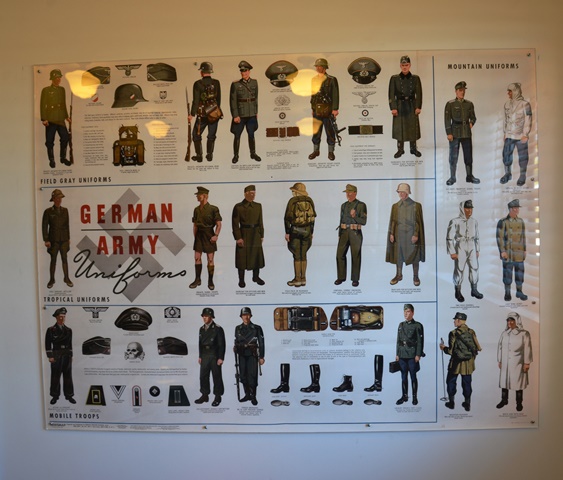 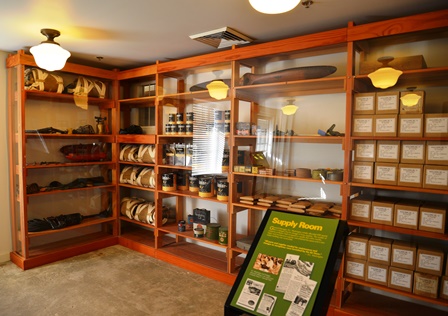 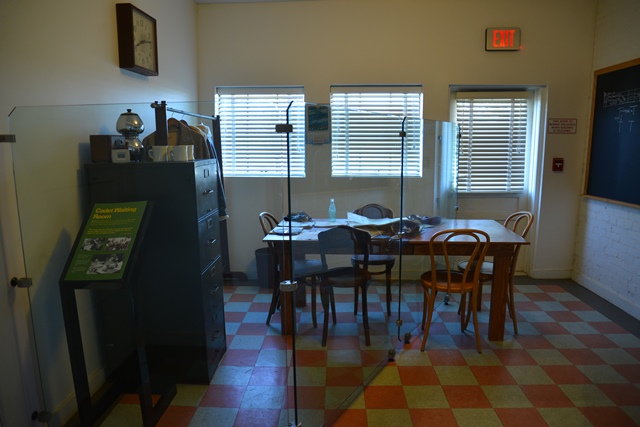 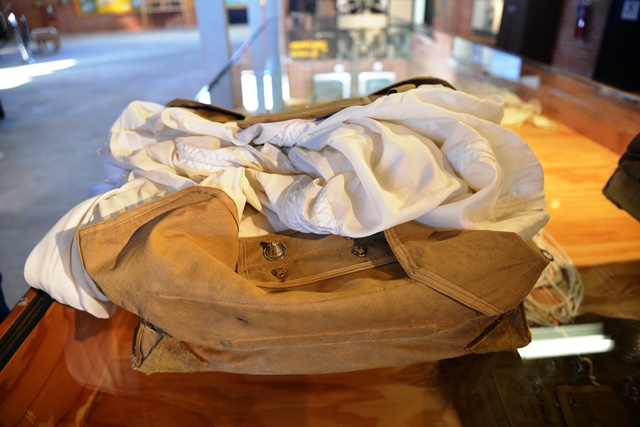 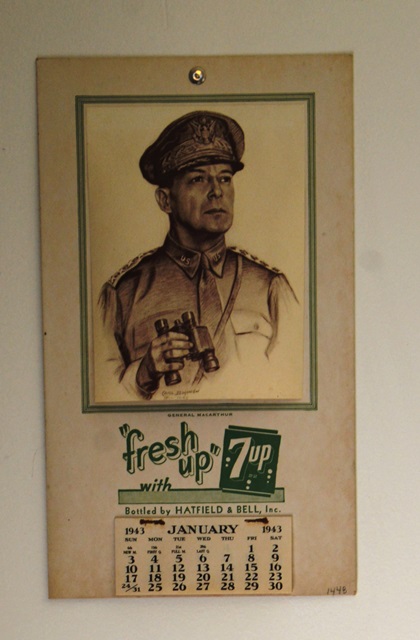 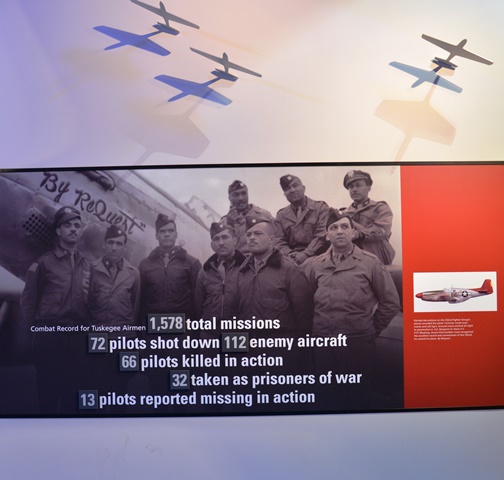